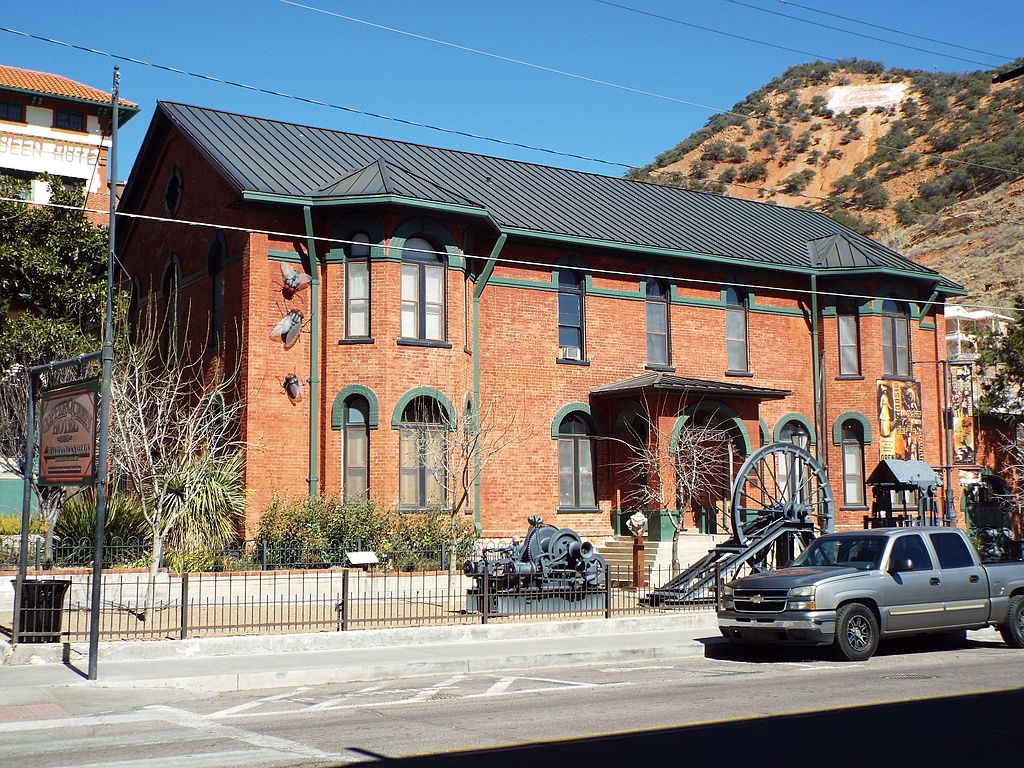 Mining equipment in from the building 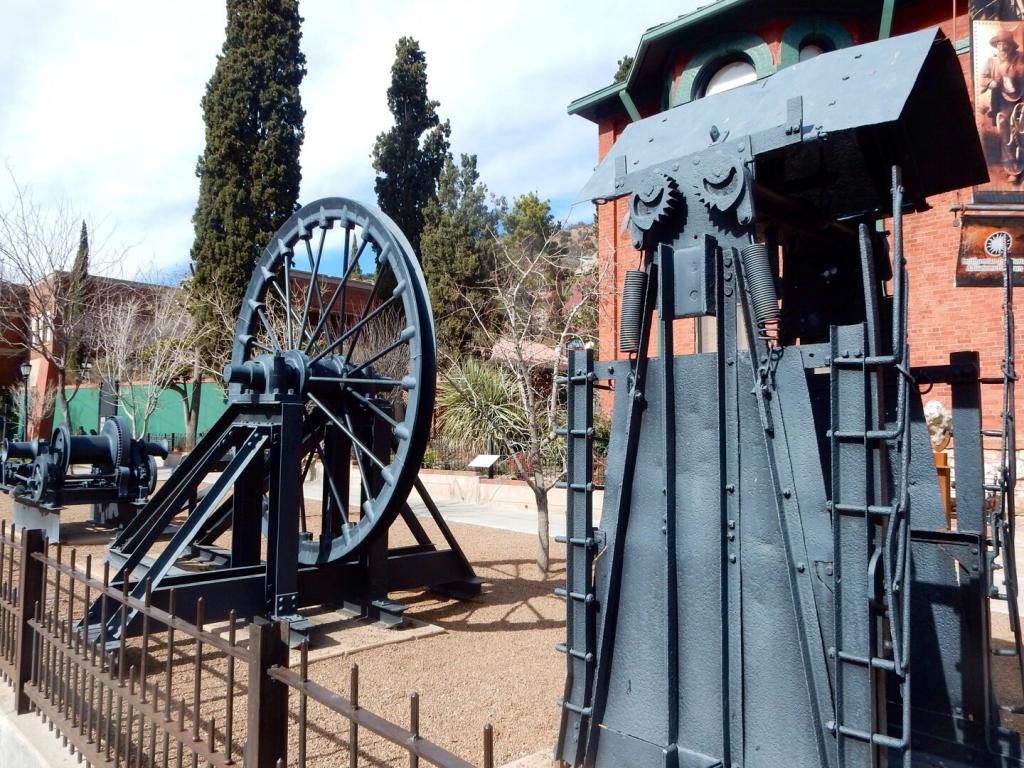 1909 photo of Bisbee during the Fourth of July festivities. The The Phelps Dodge Headquarters Building is seen in the center of the photo (side of building featured) 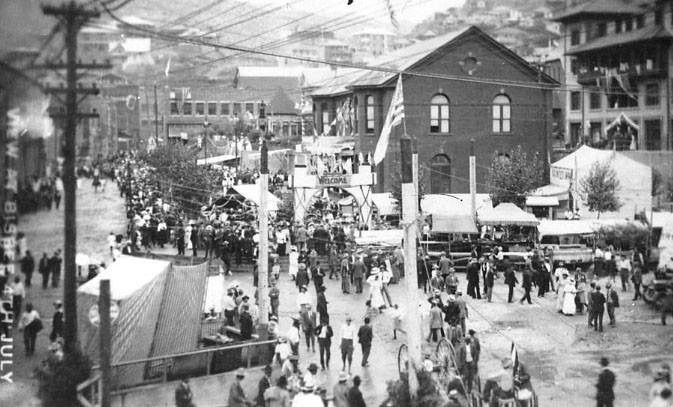 The Phelps Dodge General Office Building served as headquarters for copper mining and smelting activities that proved pivotal in the company's evolution from a family-dominated partnership into a "modern" corporation which moved in step with the changing character of American business in the late 19th and early 20th centuries. Moreover, the structure is the only important early Phelps Dodge office extant in the entire United States. From the mid 1850s until the late 1880s Phelps Dodge's national headquarters were situated on Cliff Street in New York City. Afterward they were at 315 West Street for approximately 10 years and then at 99 John Street for many more years. None of the structures that housed these headquarters remain.

Phelps Dodge erected the Bisbee General Office Building in 1895. It stands at the entrance to famed Brewery Gulch and consists of a southward-facing, rectangular-shaped, gable-roofed, two-story main block which measures 29 by 90 feet; a small, one-story, rectangular east wing added about 1914; and a pair of two-story, hip-roofed, octagonal bays which rise along the east and west extremes of the front facade of the main block. All four sections are constructed of red brick, and all rest on foundation walls and footings of stone carefully placed in un-reinforced brick masonry. All the bricks are of sand construction, and so the building has always been painted its present red color to protect against rapid deterioration. The office roof is covered with grayish-colored corrugated iron, which replaces original standing seam galvanized iron.

The company became notorious for its anti-union tactics, primarily for the 1917 Bisbee Deportation. The company worked with a local group of private citizens and the county sheriff to deputize about 2,000 members of a posse. Given names of Industrial Workers of the World members and other miners, they arrested nearly 1,300 striking miners at gunpoint in Bisbee, Arizona at the Copper Queen Mine. Portraying the Wobblie miners as bent on war-related sabotage, the company ordered them expelled from the jurisdiction, deporting them to Hermanas, New Mexico. Company officials and the Sheriff seized telegraph and telephone lines to keep news of this from getting out.

After the Phelps company closed down this office in 1961 after the mines ran dry, the city decided to preserve both the building and the city's history by converting the office into the Bisbee Mining & Historical Museum. Some years after beginning operations, the Bisbee Mining & Historical Museum joined forces with the Smithsonian's Affiliation Program. Featured among its exhibits is "Bisbee: Urban Outpost on the Frontier," an in-depth look at the depths - and heights - to which miners and settlers went to carve a communtiy and a living out of rock.