Huntley Meadows Park is the largest park operated by the Fairfax County Park Authority. It is a 1,452 acre park located in the Hybia Valley area of Fairfax County, Virginia. Within the park is an island on which the Historic Huntley Mansion is located, a villa and NRHP site built by Thomas Francis Mason in 1825. Visitors to the park can tour the house, walk along a 1/2 mile boardwalk trail, and enjoy views of the wetlands and local wildlife from an observation tower.

Woods Entry to Huntley Meadows Park. Image by User:AlbertHerring - Image taken by me for Wikipedia, CC BY 3.0, https://commons.wikimedia.org/w/index.php?curid=14572150 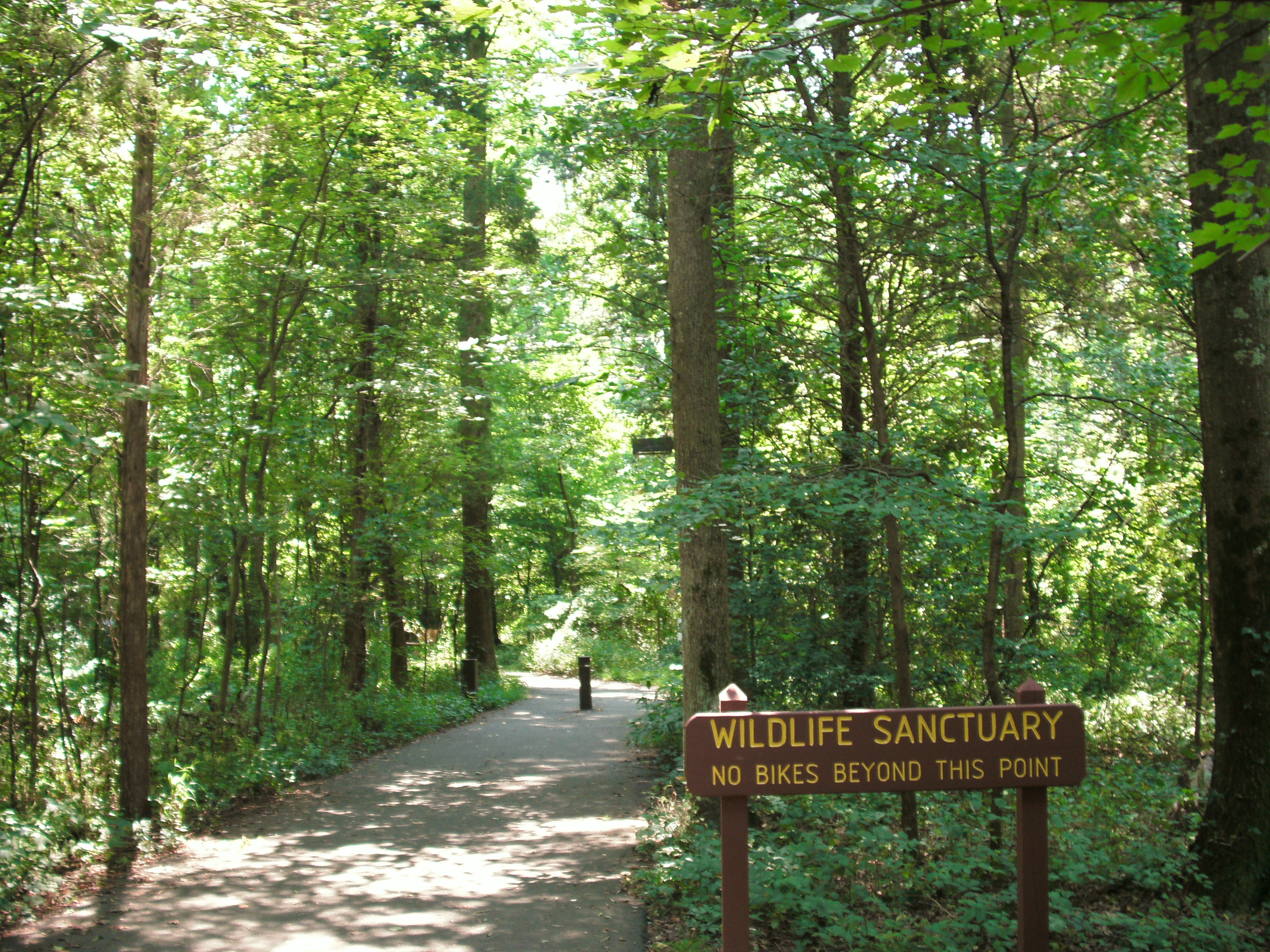 The Historic Huntley Manor prior to rennovation. Image by Nicolao at English Wikipedia, CC BY-SA 3.0, https://commons.wikimedia.org/w/index.php?curid=10774006 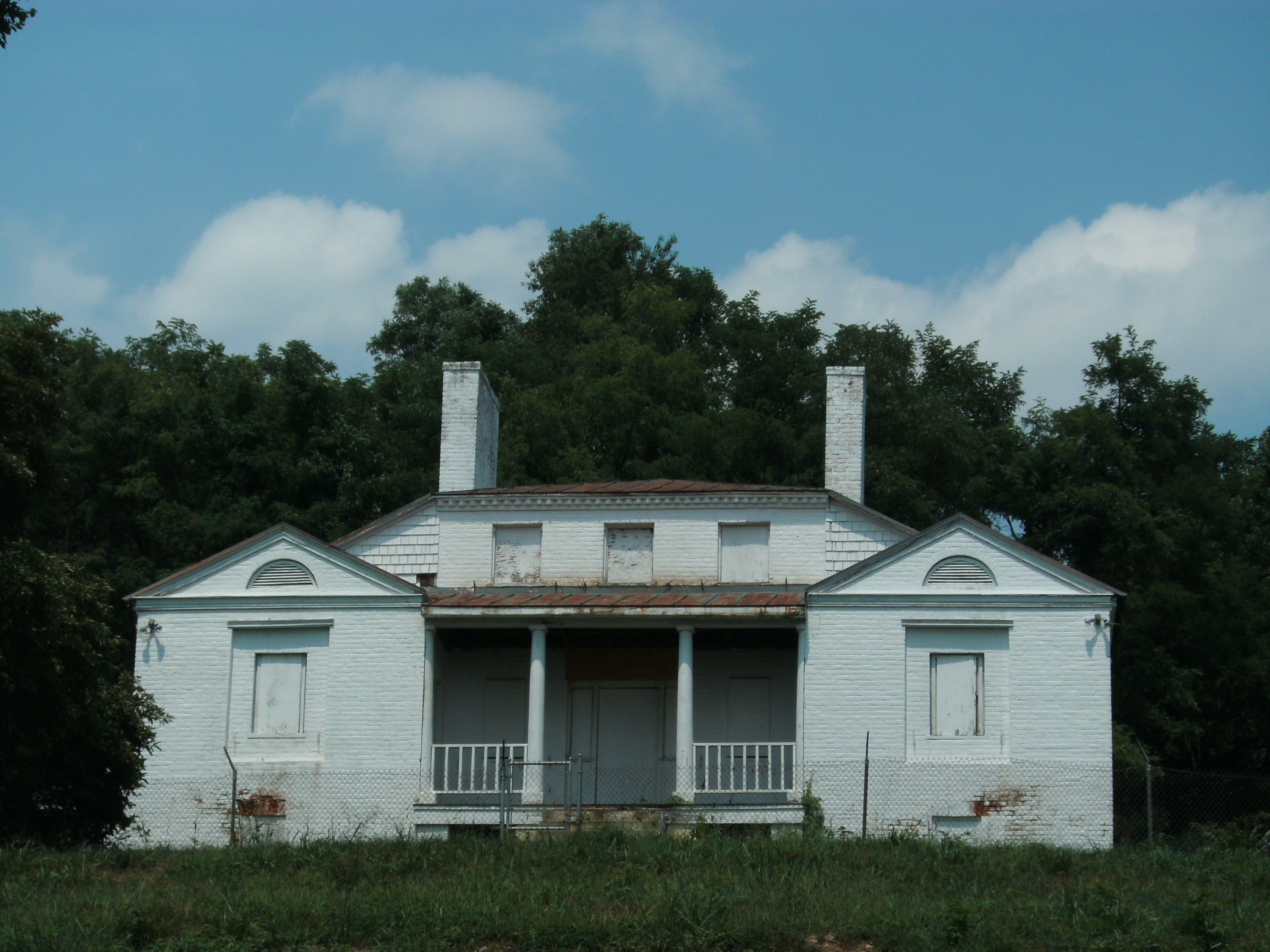 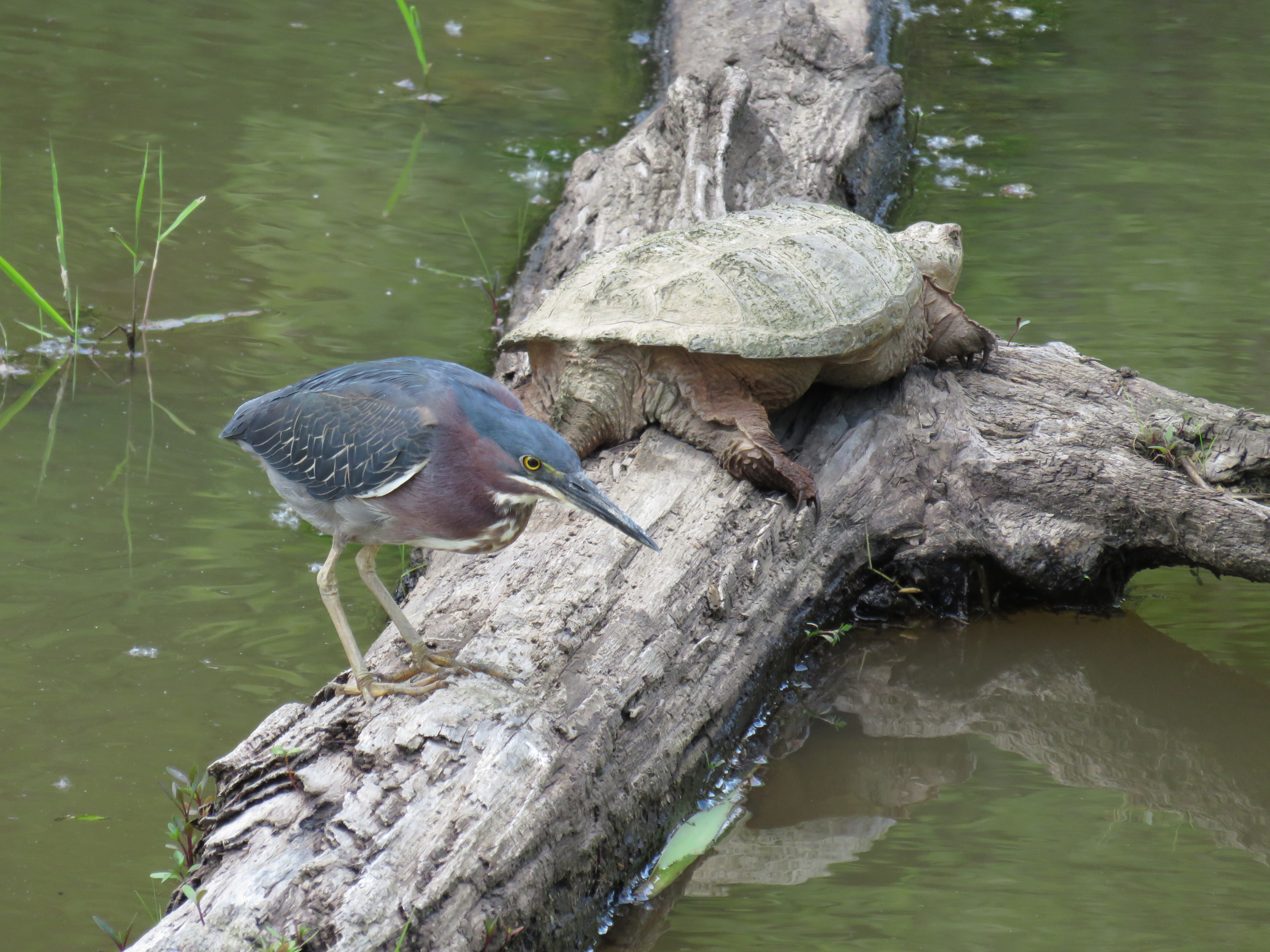 Huntley Meadows Park lies within wetlands created by the topography and geography of the the ancestral Potomac River in which the site is located. These lands were first inhabited by the Paleoamericans (11000 to 9500 B.C.), the Woodland people (1000 B.C. to A.D. 1600), and later the Dougue Indians ca. A.D 1300. Captain John Smith interacted with the Dougue during his trip up the Potomac in 1608. Unknown circumstances led to the abandonment of the land by the Dougue by the 1650s, and the area passed into the hands of colonists in the late 1600s.

The lands north of Mason Neck (patented by George Mason II in 1691), were incorporated into George Mason IV's holdings in 1757; much of this land is now within Huntley Meadows Park. He bequeathed the property to his son, who divided it into two farms around 1817: Dougue Run Farm was given to Richard Chichester, and Hunting Creek Farm went to Thomson Francis.

Thomson Francis constructed the villa, now known as Historic Huntley Mansion, in 1825. During the American Civil War, the 3rd Michigan Infantry camped at Huntley. Owing to financial difficulties, ownership subsequently passed from the Masons into numerous hands. The tract of land became fragmented into many parcels as a result. Most of it was used for growing wheat and dairy farming.

In 1929, entrepreneur Henry Woodhouse bought and reassembled most of the Mason property for use as an dirigible base. Financial circumstances prevented the plans from moving forward, and the land instead served as dairy farms before its purchase by the federal government in 1941. The property subsequently became the site of tests by the Bureau of Public Roads and a U.S. Army Air Defense Artillery installation. The Navy conducted classified radio communication research from the park until 1971, when the land was declared as surplus. Traces of the various projects are still visible today.

In 1975, 1,261 acres were sold by the Interior Department's "Land to Parks Program" to Fairfax County for the token amount of one dollar. The wetlands were converted into a park, with the original Visitor's Center opening in 1983. Six years later, the Park Authority purchased the villa. Today, visitors to the park can tour the renovated manor, an early 19th-century Federal-style plantation manor that is listed on the National Register of Historic Places.

In addition to the manor, the park also features a 1/2 mile boardwalk wetland trail, a 2-mile interpretive trail system, a hike-bike trail, and wildlife observation platforms. Flooding caused by beaver activity has largely returned the land to its natural state. Visitors to the park can view exhibits within the Normal Hoffman Visitors Center, or hike along the trails to enjoy the scenery and watch local wildlife. Huntley Meadows is home to a large number of species of wildflowers, birds, mammals, reptiles, amphibians, and insects.