This former train station, once regarded as the “gateway to the city,” is now a National Historic Landmark and home to the Museum of Natural History & Science, Cincinnati History Library and Archives, a children's museum, the Holocaust & Humanity Center, and the Cincinnati History Museum. The art deco style of the train station attracts visitors from all over to marvel at its magnificence. It is one of the most iconic buildings in the city and is now home to the Cincinnati Museum Center. The building served as the inspiration for the design of the fictional Hall of Justice, headquarters for the Super Friends television show that was popular in the 1970s and 1980s. 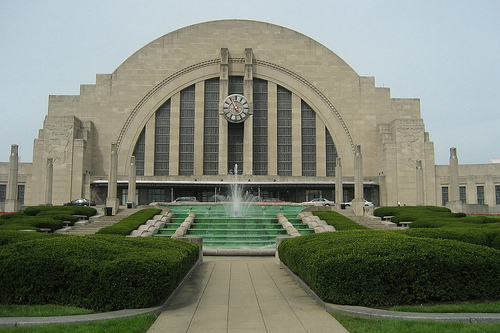 A small part of the mosaics that line the rotunda. 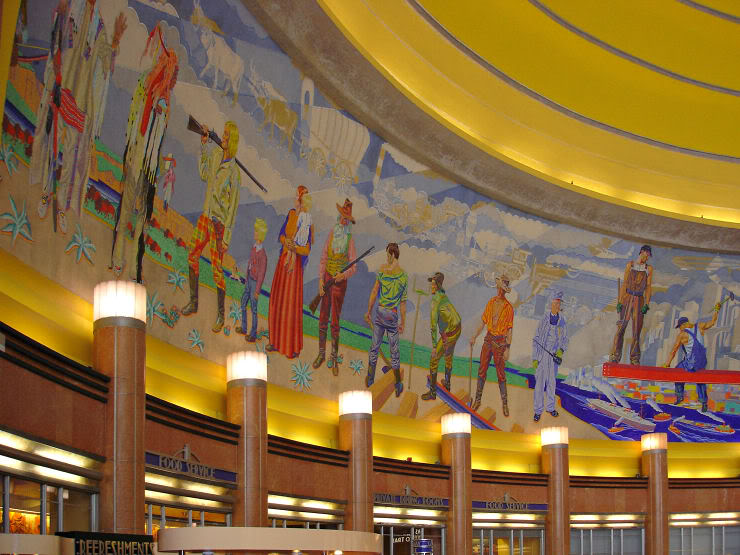 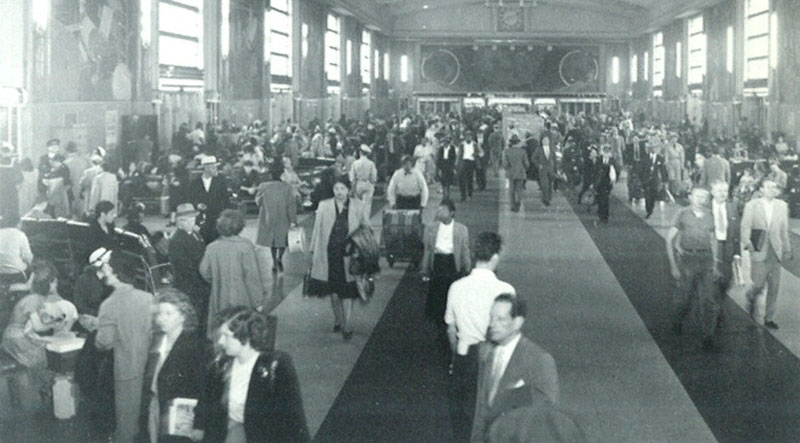 Early photo of the construction of the terminal 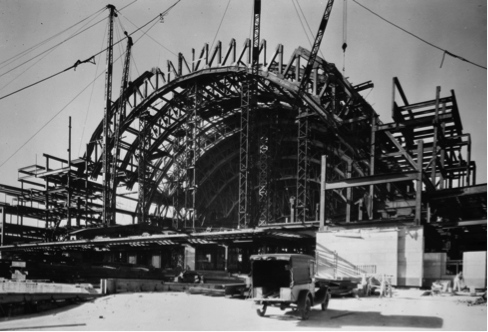 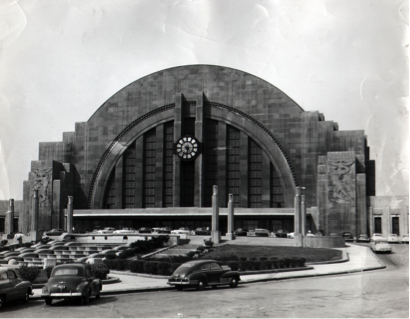 Officially opened on March 31, 1933, Cincinnati Union Terminal has long been regarded as one of the most influential Art Deco buildings in America. The planning and original concept for the building began in 1926, with George Dent Crabbs negotiating with the seven other railroad companies that each ran through the city. In 1927, each company agreed to support the construction of a single structure connecting each of their railroads. As a result, work began in planning this terminal to connect the Pennsylvania Railroad, Baltimore & Ohio Railroad, New York Central Railroad, Louisville & Nashville Railroad, Chesapeake & Ohio Railroad, Norfolk & Western Railroad and Cincinnati Southern Railway Company.

George Dent Crabbs chose the New York architectural firm, Fellheimer and Wagner to design the building and the French architect Paul Cret to provide the Art Deco elements. This duo created the signature structure of the city of Cincinnati. In 1929 construction began and the cornerstone was laid on November 20, 1931 with a ceremony.

The building became the second largest half-dome structure in the world, second only to the Sydney Opera House in Australia. The building's design is representative of the transportation industry at the time, emphasizing both sleek and grandiose designs to demonstrate both the speed and the luxury of traveling by train. The station also included fourteen different murals by Winold Reiss that depicted the history of transportation, local industries, and westward expansion. Several shops and other luxurious amenities were located all throughout the station.

In 1937 a devastating flood stopped all but two of the railroad companies, Chesapeake & Ohio and Cincinnati Southern Railway from using the terminal. The damage was significant throughout the region, but the city and the terminal recovered and this was a central terminus for many soldiers in World War II.

When the station was first constructed, it was designed to accommodate up to 216 trains a day. During its first year, the station accommodated about 150 trains a day and it only reached maximum capacity during WWII. However, by the late 1950s traffic was down to 51 trains a day as more people traveled by bus and personal automobile. By 1962, the station only saw an average of 24 trains due to the expansion of superhighways and automobiles. The station closed in 1972 and the building became a shopping center in 1980. However, the shopping center was short-lived and for many years the building was underutilized and some feared it might eventually be demolished unless it could be repurposed.

In 1990, the building opened as the home of the Cincinnati Historical Society and the Cincinnati Museum of Natural History. In 1998, these two museums were joined by a children's museum. Amtrak began using the depot in 1991 as part of their Cardinal Line. The building was completely restored and renovated between 2016 and 2018.