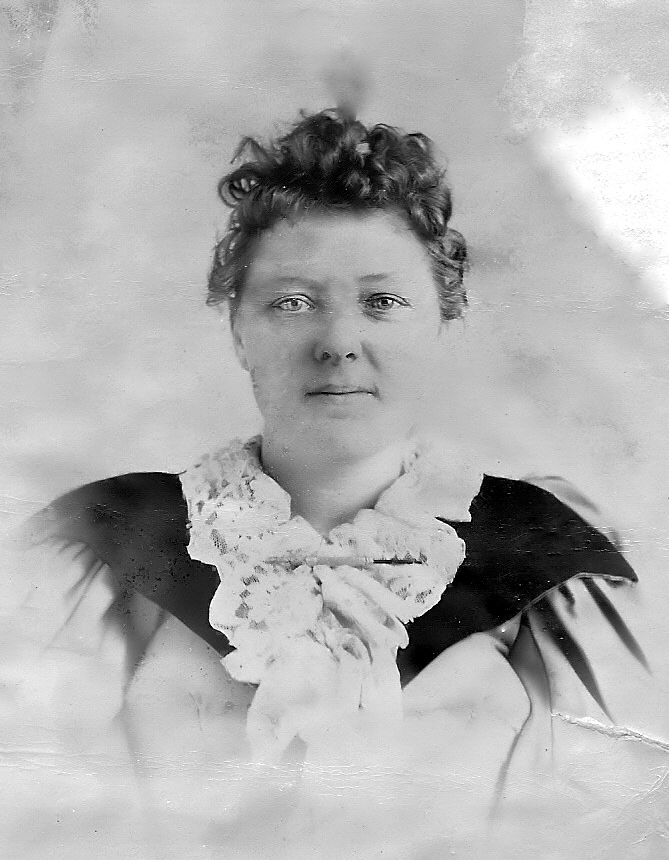 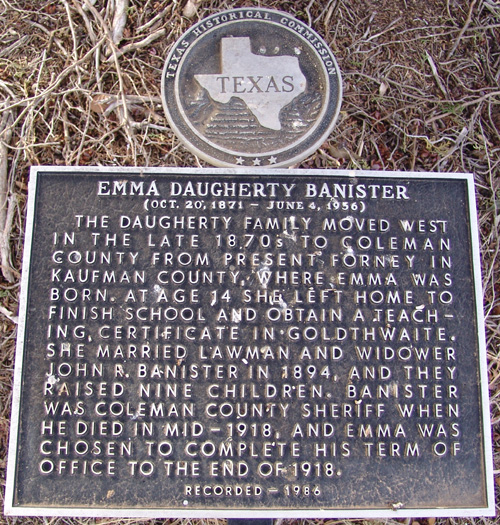 Emma Susan Daugherty Banister was born in Forney, Texas on October 20, 1871 to Bailey and Martha Ann Daugherty.  Her father had come to Forney from Alabama before the start of the Civil War.  He was murdered in 1878.  After his murder, Emma stayed with her family for a few years before moving to Goldthwaite to live with her uncle and finish school.  She got her certificate in teaching and taught in Turkey Creek, Mills County, and Needmore.1

On September 25, 1894, Emma married widower John Banister, a former Texas Ranger and a special agent of the United States Treasury Department.  After traveling for a few months, the couple settled in Santa Anna, Texas.  It was here Emma assumed the responsibility of raising Banister’s four young children from his previous marriage as well as bearing five of her own with him.  John was elected sheriff of Coleman County in 1914 and the family moved from their farm in Santa Anna to the first floor of the Coleman County Jail.  As John’s office deputy, Emma was responsible for buying supplies, running the household, and preparing meals for the prisoners.2

On August 1, 1918, John Banister died of a stroke.  After discussion among the commissioners of Coleman County, they appointed his wife, Emma Daugherty Banister to complete his term.  She ran the office efficiently, answering mail, directing deputies, and managing the prisoners.  She declined the county commissioners offer to place her name on the ballot for the November elections for another term in office.  At the completion of the term, she and her family moved back to the Banister home in Santa Anna.3

In her later years, Emma never sought credit or attention for her time as the sheriff of Coleman County.  The oil boom allowed her to live comfortably.  She donated a large collection of Indian artifacts from her husband’s law enforcement career to the Fort Concho National Historic Landmark Museum in San Angelo.  She died on June 4, 1956 and is buried at the Santa Anna Cemetery where a historical marker commemorating her life was placed in 1986.4