the Letson Loft Hotel as it appears today 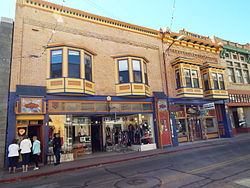 Late 1800s-early 1900s photos of the Letson Loft Bloack as it originally appeared. The building circled is of the old Goldwater-Castaneda Mercantile Store, that is now the Letson Loft Hotel 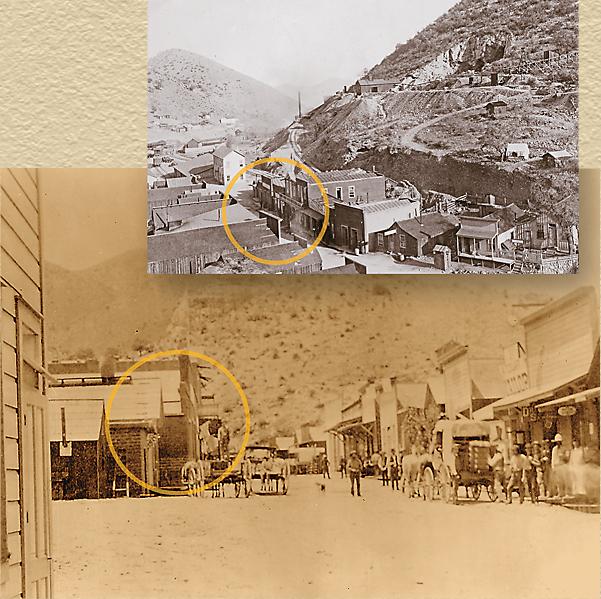 One of the hotel's rooms 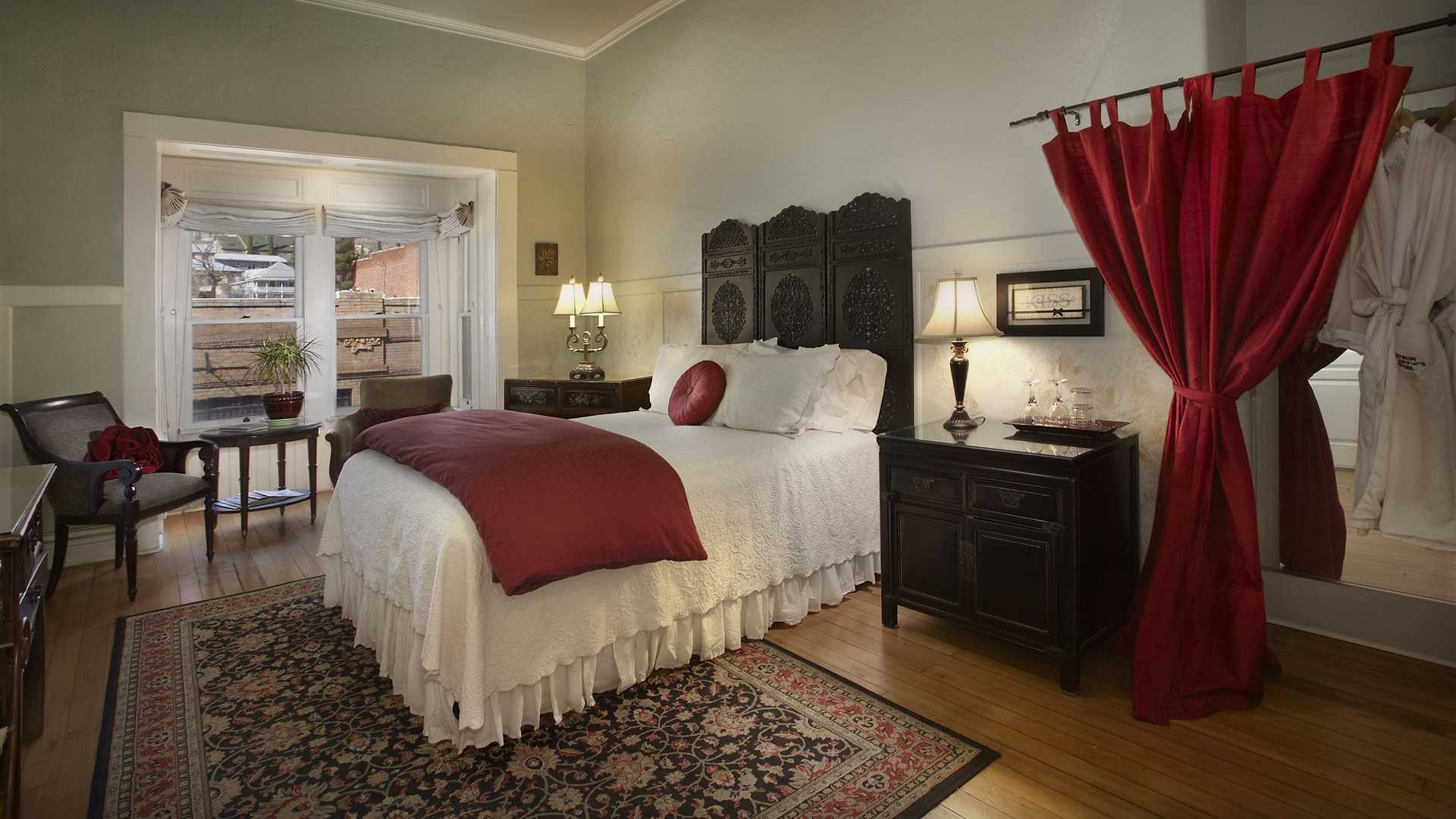 Lobby of the hotel 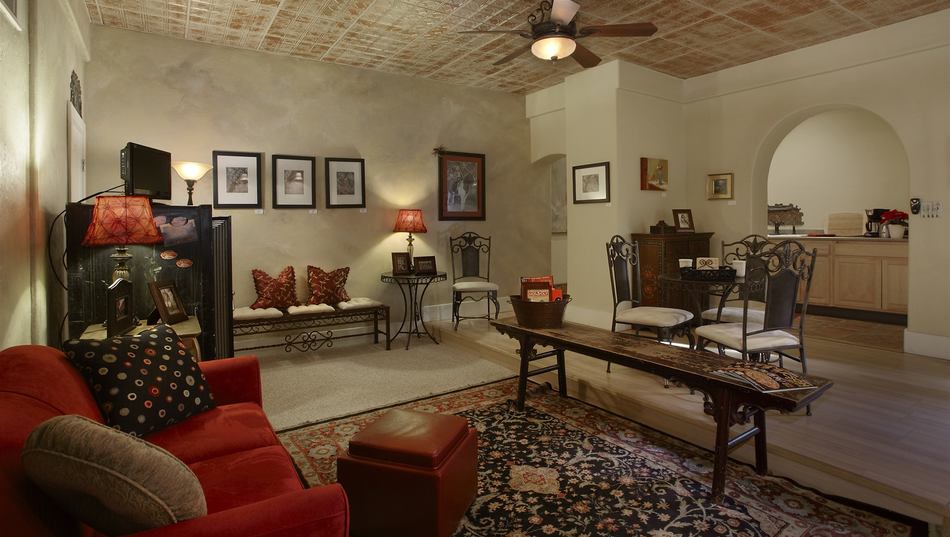 * Short history of the hotel provided by the hotel's official website

The historic buildings known as the "Letson Block" are estimated to have been constructed between 1883 and 1888. These are recognized as the oldest brick structures in the city and the only authentic Victorian buildings in Bisbee.

The Letson Block was originally known as the Goldwater-Castaneda mercantile store, opened in 1883 by Joseph Goldwater, a native of Prussia, grandfather to Arizona's legendary Barry Goldwater and a pioneering Arizona merchant. The Goldwater-Casteneda Store was the main retail establishment in the mining town of Bisbee- Queen of the Copper Camps. The store handled The Copper Queen Consolidated Mining Co. payroll, and since there was no community bank also cashed miners' paychecks. According to historical records the store had a safe which held the company's cash and deposits by various townsfolk as well as other valuables. Legend has it that the safe located in the first floor gallery might well be the same safe used back then.

The infamous "Bisbee Massacre" took place on December 8, 1883 on Main Street in front of the Goldwater-Casteneda Store. Robbers attempted to steal the miners' payroll in which five Bisbee residents lost their lives. Six bandits were rounded up by a posse and sentenced to hang in Tombstone, Arizona. The incident was documented as one of the most violent in the history of the Arizona Territory, with a death toll of eleven.

A fire destroyed most of Main Street in 1888. The building was re-built and became the site of The Turf Saloon, described to be "...one of the best known in the territory". The saloon served the choicest of wines, liquors and cigars and had a bustling gambling business. The Arizona Territorial Legislature outlawed gambling in 1907 which foresaw a loss of income for The Turf and others like it. Owners of The Turf Saloon were eventually forced out of business in 1915 when statewide prohibition became effective.

Businessman James Letson, an Irish immigrant, Cochise County lawman, and Bisbee City Council member and his wife Maggie eventually opened the Mansion House Hotel in about 1890. In 1902 the buildings became known as The Letson Block. Since then the Letson Block has been home to various businesses over the years, including jewelers, restaurants, shoemakers, a bank, clothing stores, watchmakers and a food co-op to name a few.

Today the Letson Loft Hotel is the epitome of the most comfortable stay in Bisbee, with the same charm and romance of days gone by. The new owners have invested thoughtful renovations to the building, creating eight spacious and artfully decorated guest rooms with original 11' ceilings, private baths, restored hardwood floors, original skylights and exposed brick and adobe plastered walls. Their hope is that the Letson legacy continues through the loving care and renovation of this important landmark.