Located in the West Acres Mall, this little museum commemorates one of baseball's greatest players (and Fargo's hometown hero): Roger Maris (1934-1985), who hit 61 home runs in 1961, breaking Babe Ruth's record of 60 in 1927. It is not a museum in the traditional sense; rather, it consists of a series of window displays as well as a small video room where footage of Maris playing is shown. In this way, anyone visiting the mall can see it for free, which is what Maris wanted. Numerous items are displayed including signed baseballs, uniforms, bats, photographs, a replica of the Maris' monument at Yankee Stadium, and a replica of his locker from 1961. 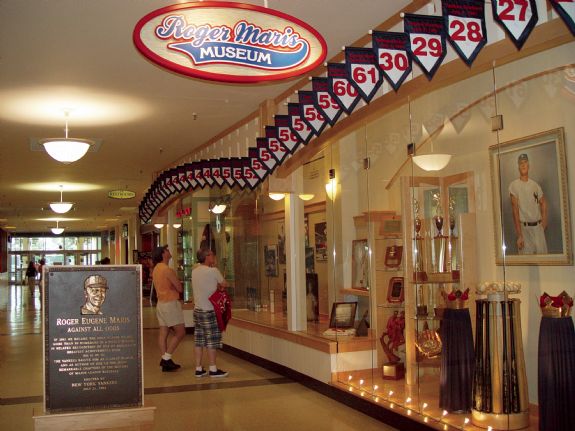 The museum was created in 1984 by Bob Smith, Jim McLaughlin and the American Legion Post No. 2. Maris was a humble man and at first did not want a museum. Thankfully, he eventually agreed to let a museum be established. Sadly, he passed away from lymphatic cancer in 1985.