The Odd Fellows building as it appears today 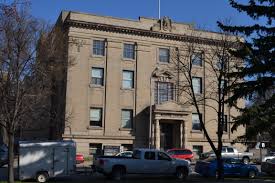 The Odd Fellows Block is architecturally significant in that it is one of twor emaining Richardsonian Romanesque buildings extant in Grand Forks along with the St John's Block. These buildings were, along with the now demolished Security Building, the most impressive in Grand Forks in the late 19th century. The south (principal) and west elevations of the building feature cream brick towers framing recessed red brick bays along with stone details and decorative brick panels. Visible above the roof is a large wire frame skylight, now covered over with tar paper, which once lit the meeting hall below. The second floor apartments date to the original construction. The Odd Fellows Block played a significant role in the social and civic life of Grand Forks in the last decades of the 19th century serving as a meeting place.