The North Dakota State Mill and Elevator was a socialist experiment authorized by the 1919 state legislature as a response to the Populists’ belief that North Dakota farmers were being manipulated by out-of-state power brokers. The ND State Mill, is the only state-owned milling facility in the United States. It was placed on the National Register of Historic Places in 1992. 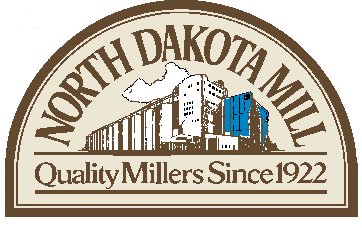 North Dakota Mill and Elevator as it looks today

Reportedly 1915 colored postcard of the Mill 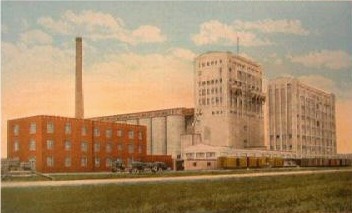 Aerial view of the Mill 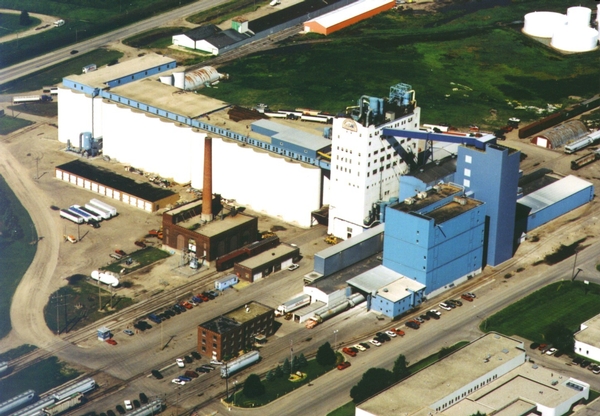 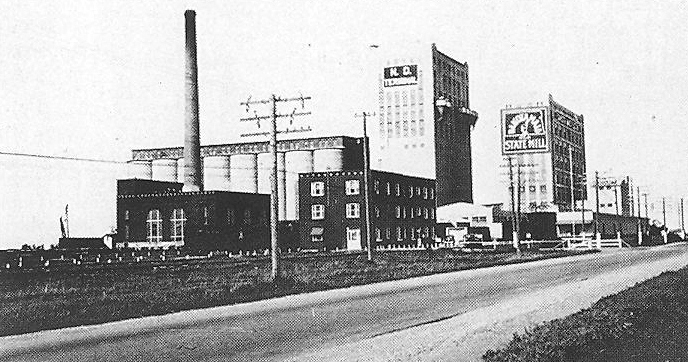 1919 cover of the Nonpartisan League Journal 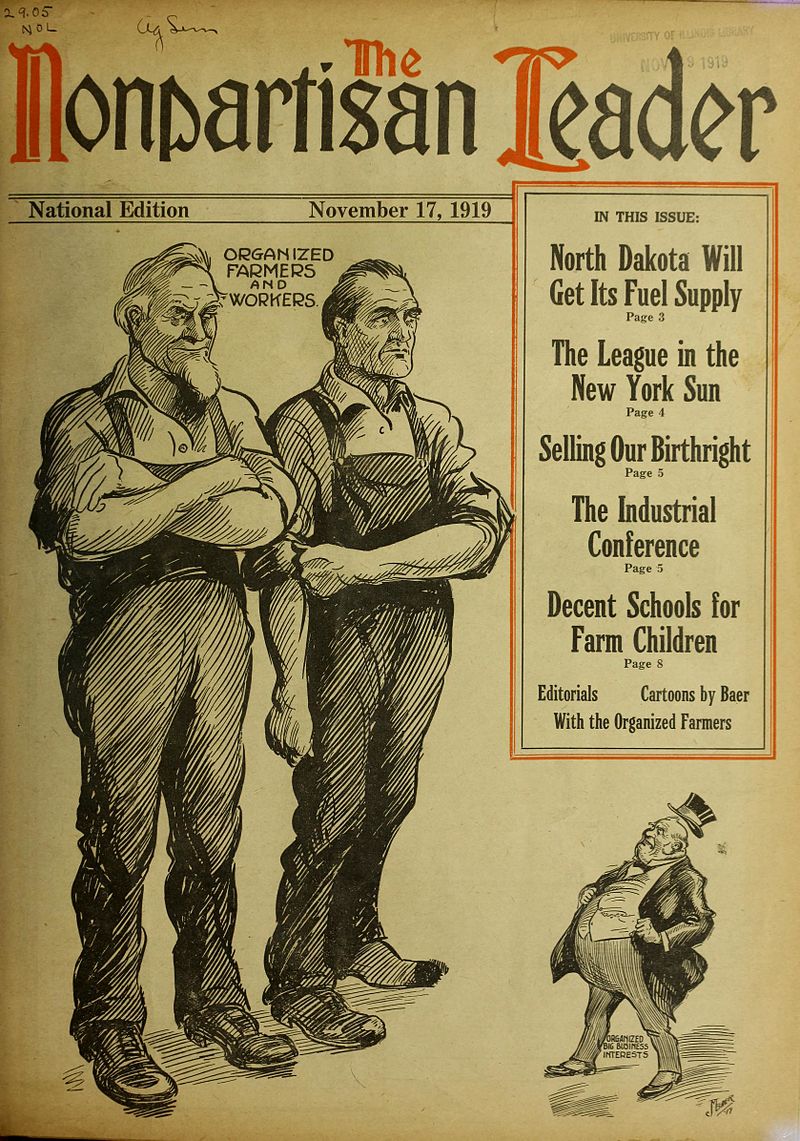 The North Dakota Mill and Elevator is the largest flour mill in the United States. Established by the state government when it was led by Nonpartisan League representatives, it is the only state-owned milling facility in the US.

The North Dakota Mill and Elevator Association started operations on October 22, 1922. The facility was built by the state as a way of bypassing what many area wheat farmers considered unfair business practices on the part of the railroads and milling facilities in Minneapolis, Minnesota. Immigrants especially felt that they were disadvantage by the actions of major capitalists in the big cities.

The North Dakota Mill facilities include seven milling units, a terminal elevator and a packing warehouse to prepare bagged products for shipment. The Mill's offerings include not only flour, but also newer products such as bread machine mixes, pancake mixes, and organic wheat products.