The designation of the name "Oxford House" came into being in the 1950s as a means to identify the building at the corner of Oxford Street and University Avenue. It had housed four University Presidents. The house was originally built for Dr. and Mrs. Webster Merrifield, the University's fourth President, in 1902. The house is now used as a setting for University functions. 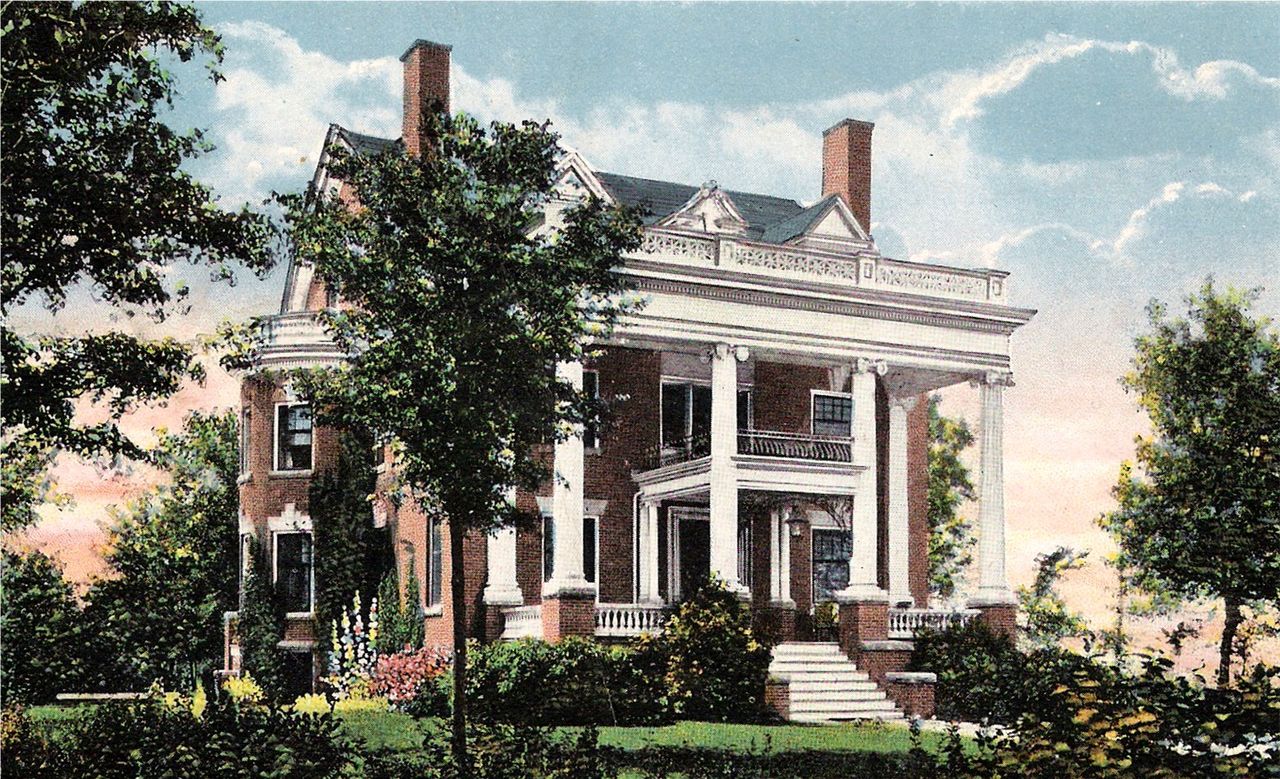 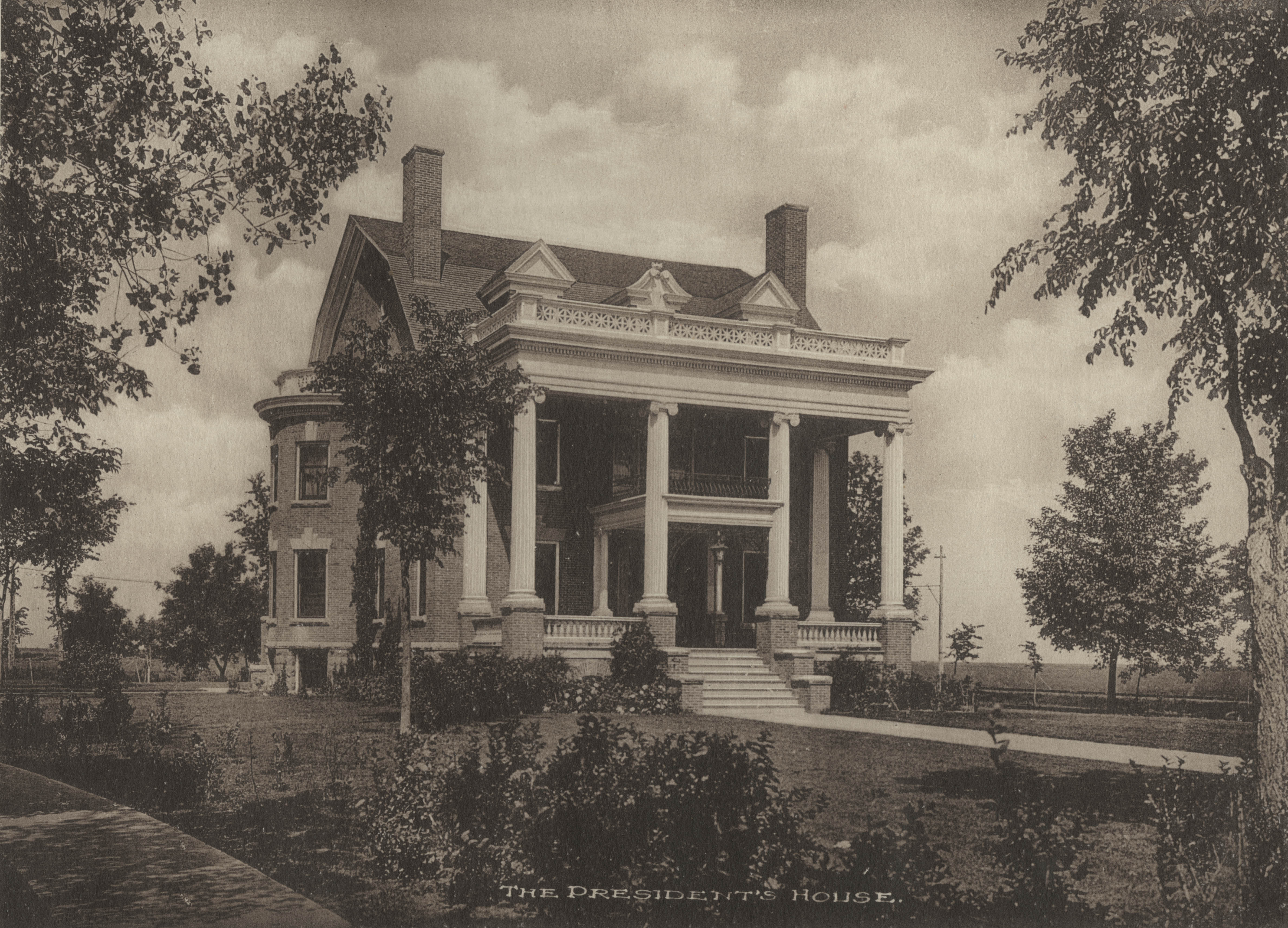 The Oxford House as it looks today 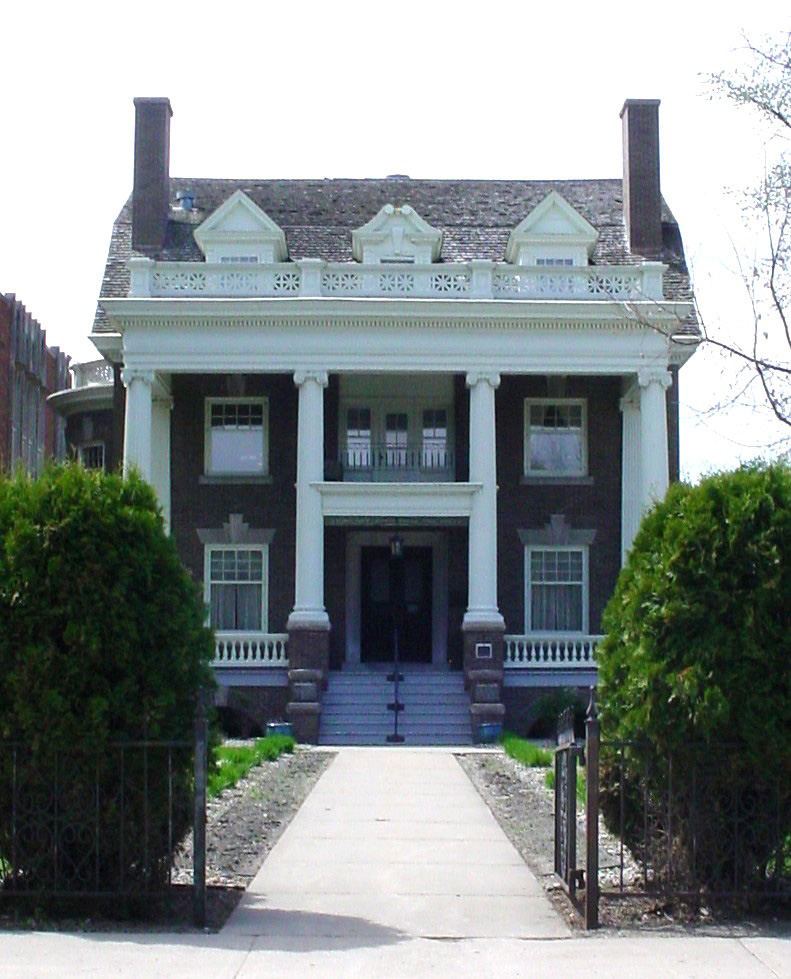 *From the University of North Dakota

"Joseph Bell DeRemer, selected as architect, designed the Colonial Revival building to be a home suitable for the President of a University and one that according to Merrifield would "advertise" the University of North Dakota. Its final cost was approximately $25,000 and it featured all of the most modern conveniences available at the time.

The house is two-storied with an attic which contained a large ballroom and small bedrooms. It was constructed of granite and gray granite, along with pressed brick with trimmings of Kasota pink stone. The main floor contained a large parlor, living room, refectory, president's study, kitchen, pantries, and spacious hallway. The second floor was divided into five bedrooms, while the basement held servant quarters. The house featured three fireplaces, bathrooms on each floor, speaking tubes, a dumbwaiter, electric lights and bells, and a telephone.

The house continued to serve as the home for Presidents Frank McVey, Thomas Kane, and John C. West. When West retired in 1954, the new president, George Starcher, moved into the new President's home on the banks of the English Coulee, and Oxford House became a men's dormitory. Ten years later in 1964, the Art Department occupied the building until late 1971. In this time span, the building saw hard use and was judged by most to be ready for the wrecking ball. Nevertheless, recognizing the building's historical significance, a handful of faculty and staff formed an ad hoc committee called the Oxford House Restoration Committee. The committee successfully placed the house on the National Register of Historic Places in 1973, thus qualifying it for federal matching funds. Funds came from $100,000 in state funds to provide handicapped access, $75,000 from the Myra Foundation, and $40,147 from the Campbell Family Fund. The total restoration price was approximately $447,000.

The University administration decided that Oxford House would continue to play an active role on the University campus and as such would become home to the University Alumni association. The announcement was made by President Thomas Clifford in May 1971.

The committee's tasks were to research furniture of the period; to secure donated or loaned furnishings to closely match those in photographs from Merrifield's residency; research sources for reproduction furniture and furnishings; and assist in obtaining kitchen needs. The committee accomplished its work in time for the dedication of the J. Lloyd Stone Alumni Center, on October 2, 1981. Stone was the former Alumni Association executive vice-president from 1945 to 1974."