This historical marker was created in 1970 by the Lincoln Bar Association Nebraska State Historical Society to recount the history of the city and county governments. Lancaster county was established on March 6, 1865 and people were attracted by the amount of land available and the prospects of commercial activities of the Salt Basin. What is now the city of Lincoln was founded in 1859 as the town of Lancaster (the name was changed in 1867 when Nebraska was granted statehood). The city government was located in various spots until 1886 when a municipal building was constructed. A former post office building, constructed in 1879, was where city hall was located from 1907-1969. In 1890, the first county courthouse was located directly north of the current building, which was built in 1969. 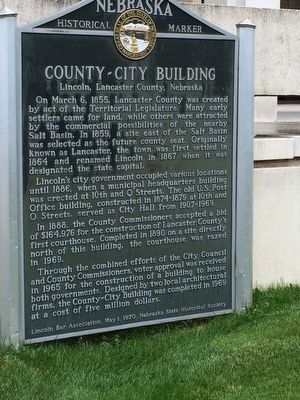 The City-County building constructed in 1969. The historical marker is on the bottom right 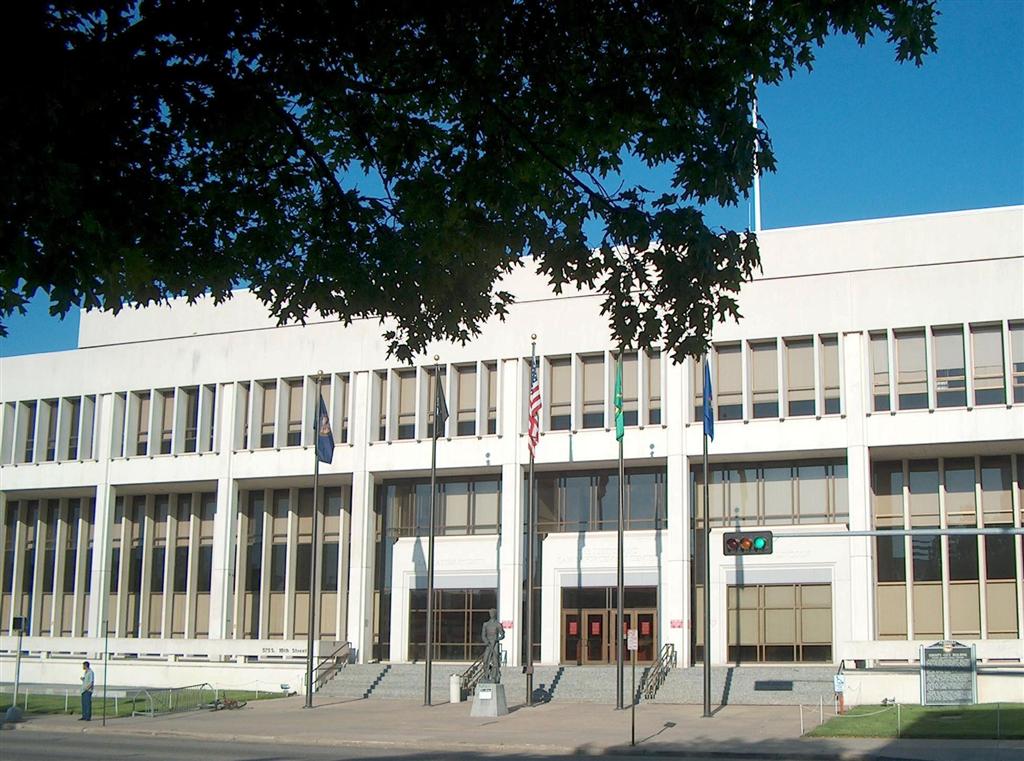