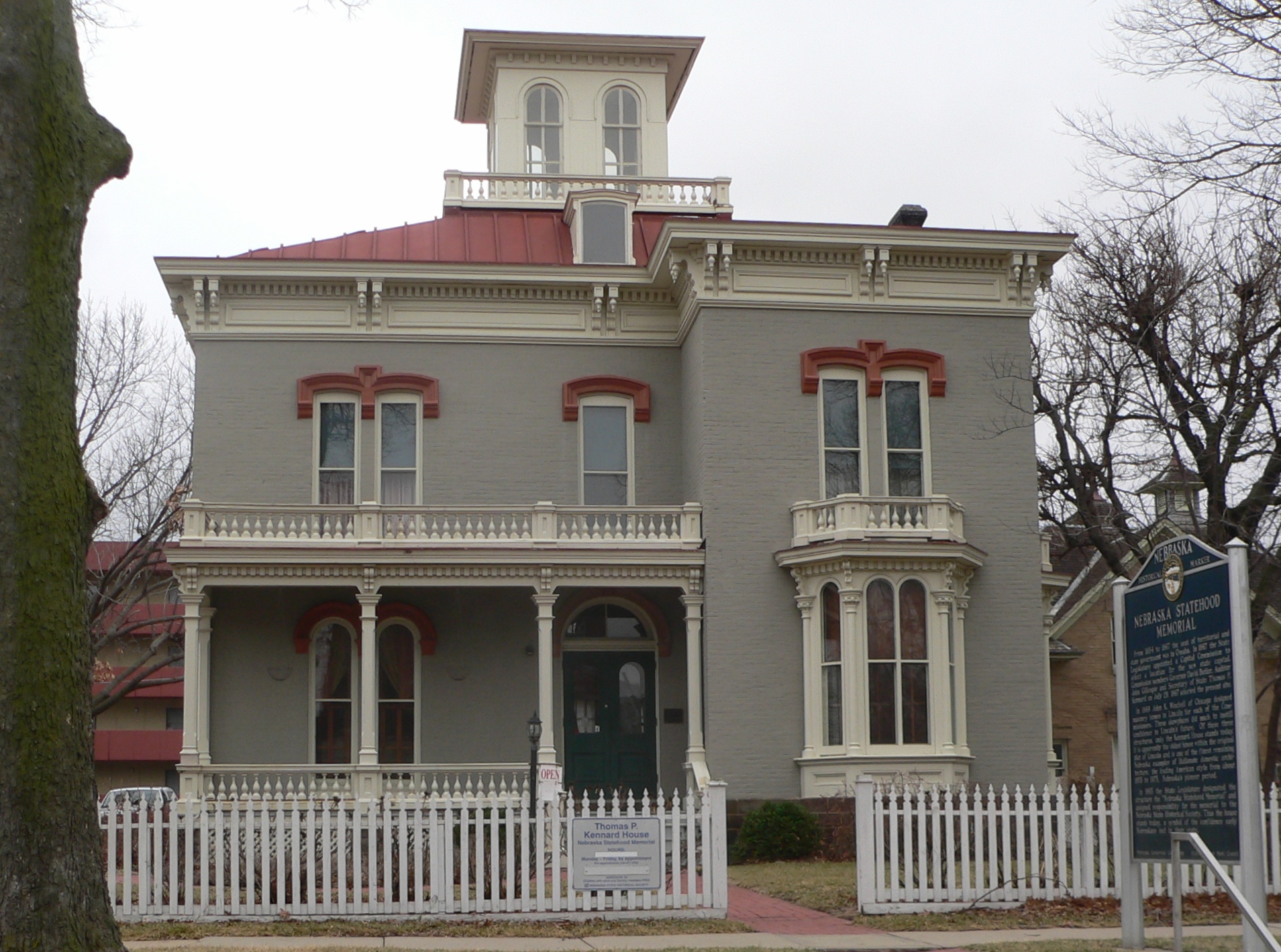 The Italianate mansion was designed for Thomas P. Kennard by a Chicago architect, John K. Winchell. Kennard has been called the "Father of Lincoln, Nebraska."

The house stands as direct reminder of the contentious battle waged by various factions that wanted their town to become the new capital. From 1854-1867, Omaha was the Nebraska territory's seat of government. Those living south of the Platte River (Omaha is situated to the north of the river) contended that they were not well represented in the government and for this reason, generally speaking, they believed that the new capital should be south of the river.

A commission of three state officials, including Kennard, was established to settle the issue. Eventually, they chose Lincoln. To further strengthen this choice each had homes built (Kennard's is the only one still standing).

After the home was sold in 1887, it has gone through time as a single family home, a fraternity house for Delta Upsilon in the 1910s, a boarding house, and a private home for boys. The original kitchen and the bedroom wing on the rear of the hose were demolished in the 1920s and a new kitchen was built in the main part of the house.

In 1965, the state declared the house a statehood memorial and museum. The building was restored to mark the centennial of Nebraska statehood in 1967. Historical archaeology excavations took place in the house's yard in 1968 to gain a deeper understanding of the occupants' daily life. Another dig took place in 1992, under the University of Nebraska-Lincoln's (UNL) Department of Anthropology. The 1992 dig's excavation units were placed with the aid of remote sensing done by a UNL physicist. The foundation to the former rear wing were uncovered, plus a cistern, a hand-dug well, and a plumbing feature dated 1888.

The building houses exhibits on Victorian life in the new capitol and is furnished as it would have looked in that era. A historical marker stands outside the house.

The house is open once again, now that restoration has been completed. Tours are offered by appointment only and are free, but donations are appreciated.

"More about Nebraska Statehood, the location of the capital, and the story of the commissioner's homes." Nebraska State Historical Society. Accessed November 30, 2016. http://www.nebraskahistory.org/sites/kennard/stathood.htm#homes.

Monday through Friday by appointment only. Contact Sharon Kennedy at sharon.kennedy@nebraska.gov or the phone number below to book a tour.