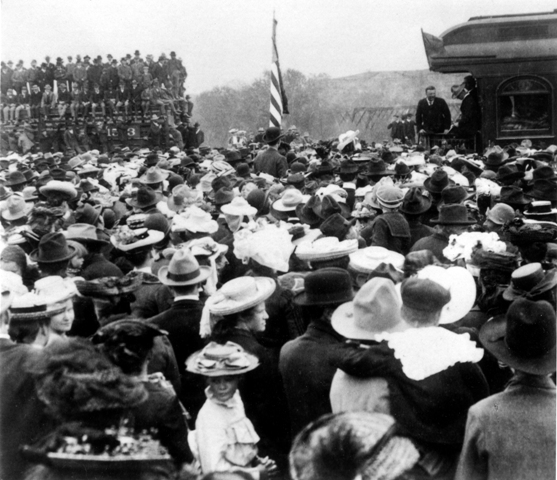 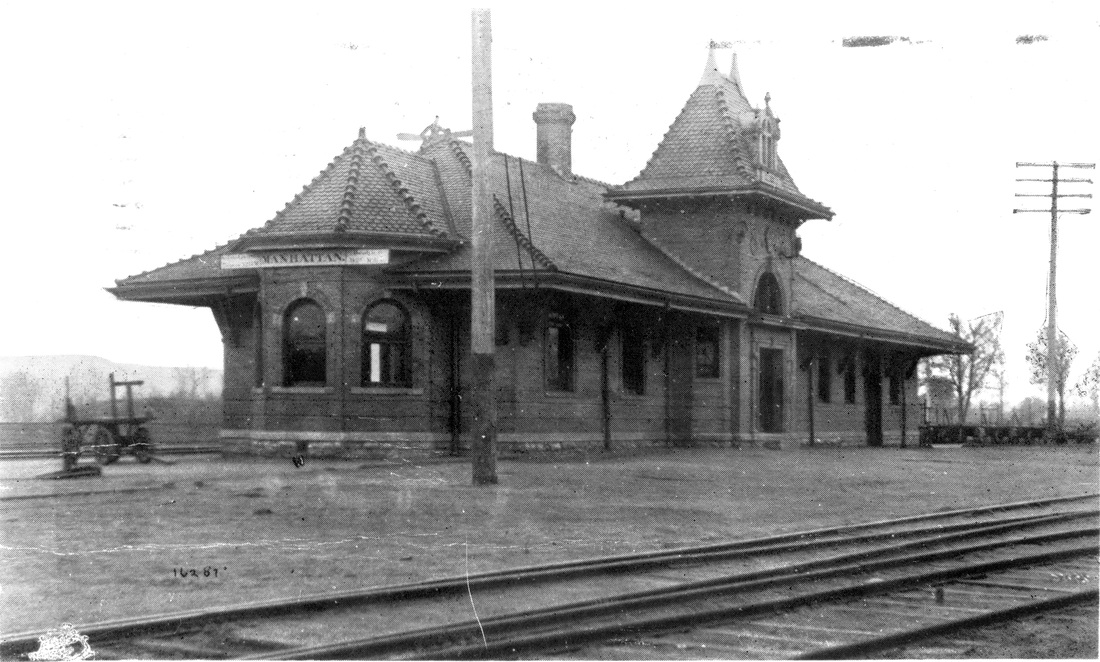 On the main line of the Union Pacific railroad tracks stands the old Union Pacific Manhattan depot. This building dates from 1901 and it served Manhattan for many years when the railroads were major connecting links for the city's business and transportation life. Located at the intersection of First and Yuma streets, the depot was a center for both passenger and freight traffic.
Although at least five other railroad lines passed through or near Manhattan at various times by 1903 only the Union Pacific, the Rock Island, and the Big Blue remained. Because the Union Pacific was the most important of these floor and construction plans were drawn up in 1900 for a new Manhattan depot building. The final plans, dated 1901, are now located in the Union Pacific Bridge and Building department in Omaha, NE.
The high points in the history of the Manhattan depot were on the occasions when several U.S. presidents visited the city by rail. Theodore Roosevelt is pictured waving from the rear car of his special train when he arrived in Manhattan to deliver a speech to students at the Kansas State Agricultural College (now Kansas State University); the Manhattan depot is prominently displayed in a photograph of this event. Later Woodrow Wilson and Franklin Roosevelt stopped at the same station.
Many similar depots have been sold by railroads and many of these are already destroyed. Though it is a good example of railroad architecture from the late nineteenth and early twentieth centuries, regrettably one of the rapidly declining number remaining in service, its use has gradually declined as both passenger and freight traffic has dwindled to a shadow of what they were once with the utilization of highway and air travel. But the connections with the Casements and with several presidents and its representation of the old style of railroad architecture make the Manhattan Union Pacific depot a landmark of local historical importance.