The Colorado Springs Fine Arts Center is one of the state's premier art institutions. It features a museum, theater, and art school. The museum's permanent collection focuses primarily on Native American and Hispanic art, murals, and sculptures. Changing exhibitions explore other topics and often feature local artists. The building was constructed in 1936 and designed by John Gaw Meem, who blended together Native American (Pueblo and Navajo) elements with the Art Deco style, which was the prominent architectural style during the 1930s. The center was founded by local philanthropist Alice Bemis Taylor, who also donated funds to Colorado College and other organizations. The theater is well respected in Colorado and presents a variety of shows throughout the year. The school features art classes for people of all ages and offers credit to students at the University of Colorado at Colorado Springs. 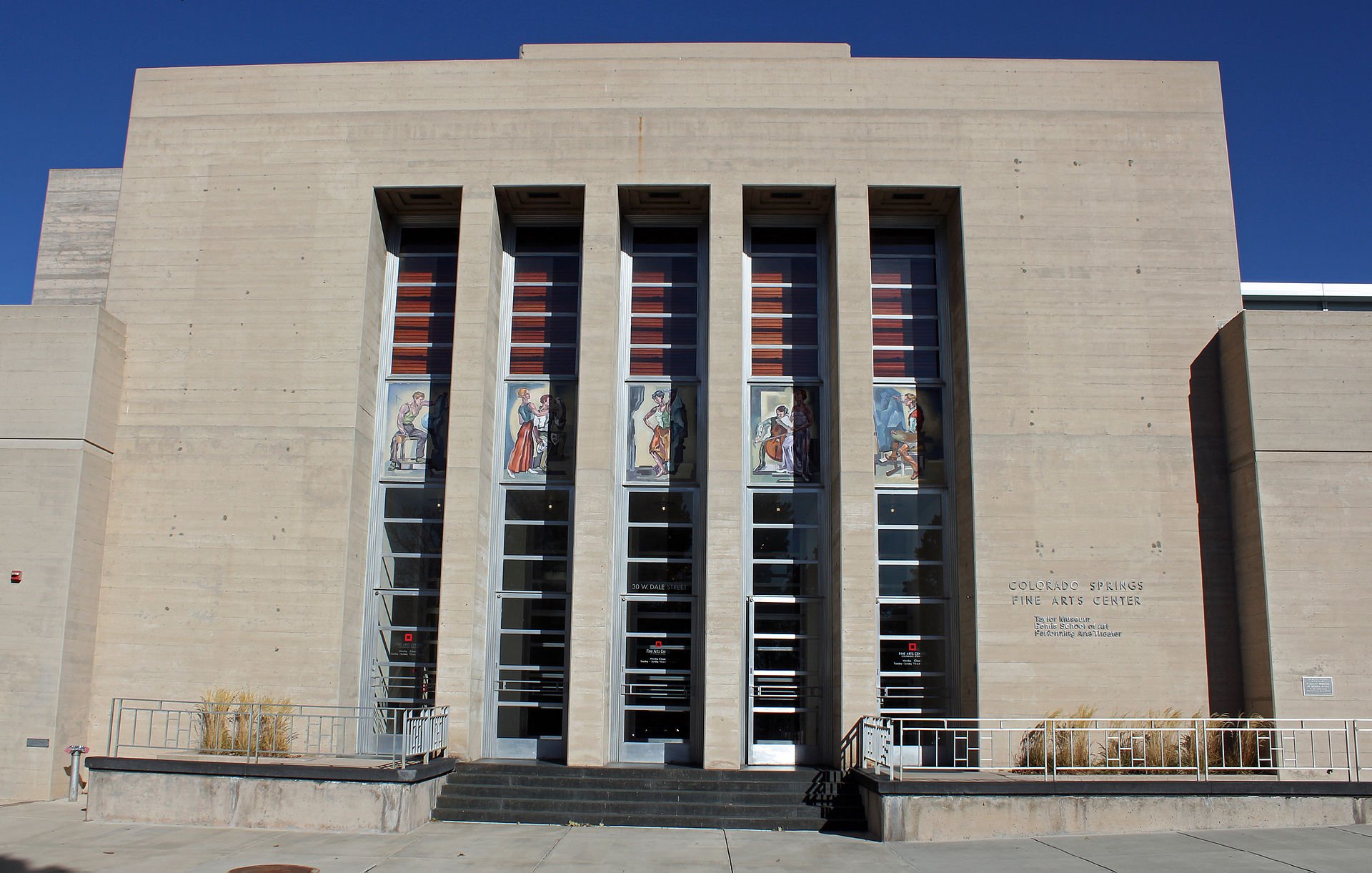 The center was founded by local philanthropist Alice Bemis Taylor in 1920 as the Broadmoor Art Academy. She initially planned to simply display her collection of Native American and Hispanic art in her home, Penrose Mansion, but this idea soon evolved into the academy. Several prominent artists taught there, including George Biddle, whose former classmate was Franklin Delano Roosevelt. Biddle wrote to Roosevelt suggesting to include an arts program as part of the Works Progress Administration (the government-funded program that provided jobs to millions of Americans during the Great Depression).

The evolution of the academy outgrew its space and it was clear that a new building was necessary. The collection at first mostly consisted of Taylor's Native American and Hispanic art but over time, especially during the 1950s, the museum acquired more art. The museum and the theater expanded and were renovated a few times in the coming decades. In 2007, the most recent of these efforts were completed.