Architect Emmett Anthony designed this Late Victorian-Commercial Style building, which was completed in 1899 by the city's first lodge of the Odd Fellows, an international fraternal organization that had millions of members in the United States at the turn of the century. The members of the lodge dubbed this building "Union Lodge" to emphasize that their founding members had all been loyal to the Union during the Civil War.

This Late Victorian-Commercial Style building was completed in 1899 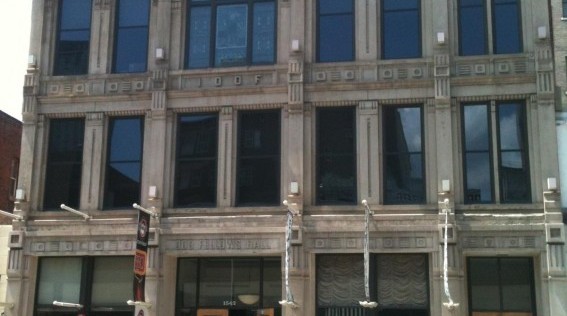 The lodge had offices on the top two floors of the building and rented the rest of the building. The most notable tenant in the early 20th century was the Dutch Mill Cafe, a cabaret-style dining establishment that operated until 1935. The Odd Fellows sold the building in 1938. The building is now home to a law firm and several restaurants and retailers.