The Beaver Meadows Visitor Center was built in 1967 by the Taliesin Associated Architects, Ltd., which was comprised of the former apprentices of renowned American architect, Frank Lloyd Wright. The center was one of the first major commissions the company undertook and one that was not already started before Wright died in 1959. It is highly significant for its architecture and its prominence as the showcase for the "Mission 66" program, which was initiated by the National Park Service in the mid-1960s to develop and modernize the park system for the service's 50 year anniversary. The center's modern, organic architecture, which fits in well with the surrounding landscape (and the construction techniques used to build it), served as a model for all other national park buildings. For these reason the center is a National Historic Landmark. Visitors can view a 20 minute film about the park, look at a topographical park map, and peruse the gift shop. 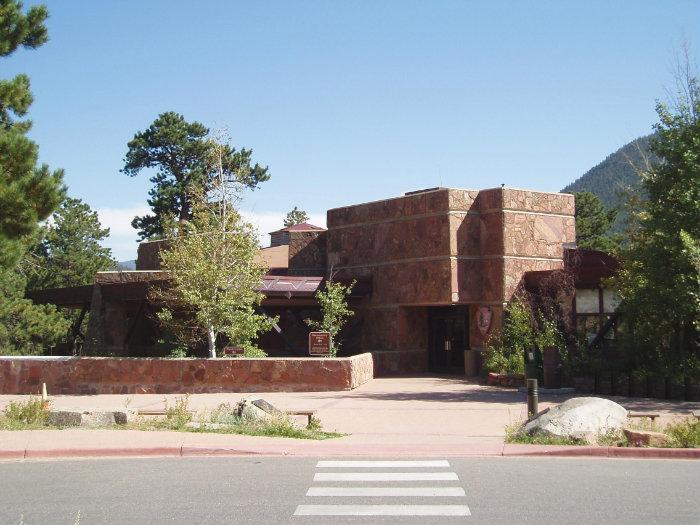