Student Protest at Ficklen Memorial Stadium Against the Playing of Dixie

In 1969, the Negro Students’ Grievance Committee at East Carolina University created a list of grievances and demands to address the challenges and shortcomings they believed still plagued Eastern Carolina University long after the institution opened its doors to African American students. One demand from this list was for the university to end the practice of playing the 19th century folksong "Dixie" at the football games. During the civil rights movement, "Dixie" became a symbol for the antebellum South and the racial worldview of white supremacists who embraced Confederate symbols. The student's list of grievances and demands was given to ECU president Leo Jenkins in March 31st,1969. The president addressed these grievances at a convocation at Ficklen Memorial Stadium (Now the Dowdy-Ficklen Stadium). President Jenkins expressed his support for the playing of Dixie as tradition leading some of students to leave the meeting in protest. After the convocation, black and white students worked to spread awareness of the perspectives of African Americans and supporters of civil rights regarding the song and a campus-wide referendum resulted in a majority of students voting to end the practice.

Black student walk out of the Ficklen Stadium at President Leo Jenkin's convocation on March 31st, 1969. 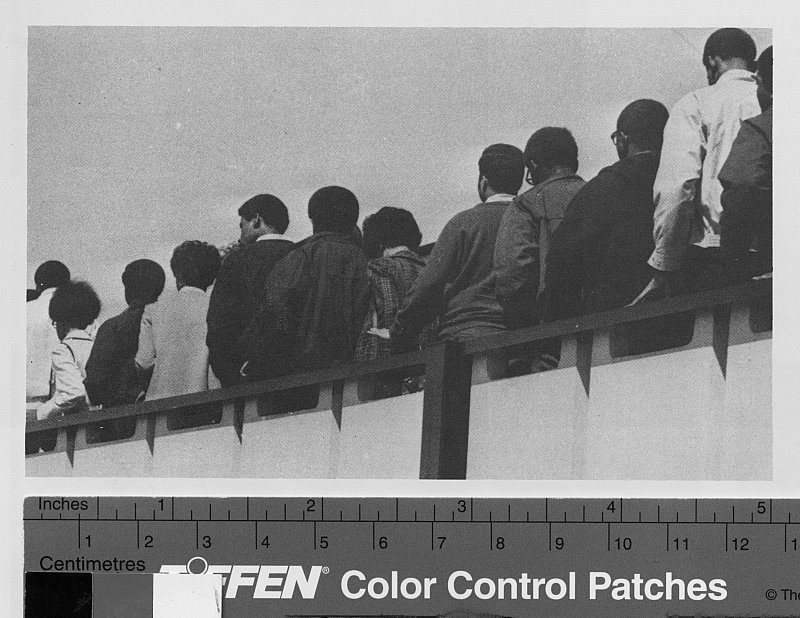 The list of demands created by the Negro Students' Greivance Committee in March of 1969. 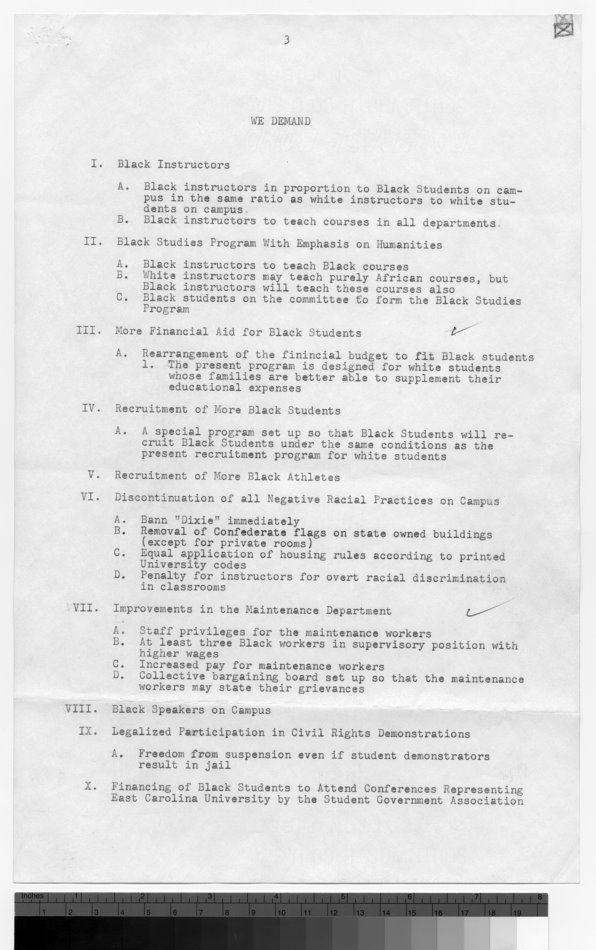 William Lowe shows the list of demand to the students at East Carolina University. 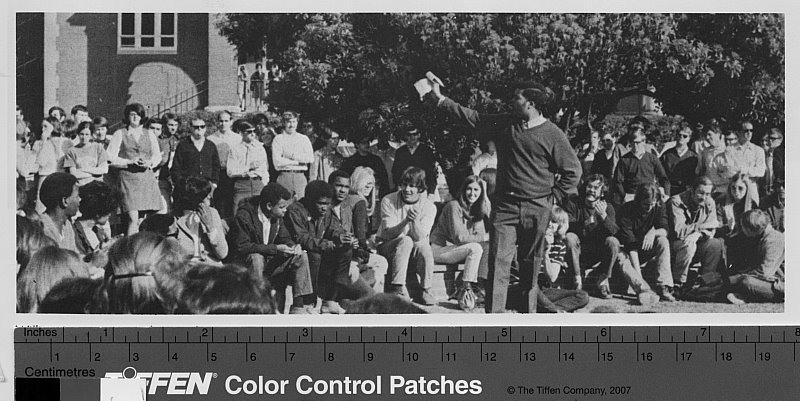 President Leo Jenkins meeting with students that protested for racial equality outside of his home. 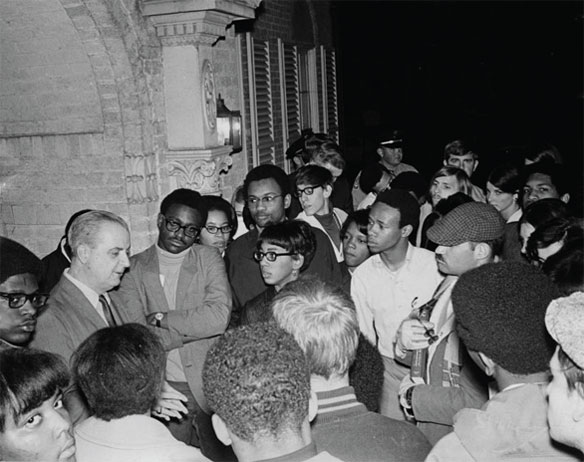 The song "Dixie" was created by Daniel Decatur Emmett, who wrote the song for a minstrel show in 1859. It was very popular around the time of the Civil War and became a symbol of the Confederacy. The song's narrator was a slave from the South who told stories about his  "Old Missus" and her husband. Other lyrics narrated by the slave suggested that he was satisfied his life on the plantation and was not interested in freedom from slavery. While "Dixie" was performed in minstrel shows, the white actors would put burnt cork on their face and sing and dance in the stereotypical way of African slaves. Because of these factors, "Dixie" would be considered as a racial slur against African-Americans a hundred years later.

"Dixie" was often played at East Carolina University's football games between the 1950s and 1960s. In 1968, the Negro Students Grievance Committee was established to address discrimination faced by black students at ECU. In order to reach their goal, they created a list of demands  and sent it to ECU President Leo Jenkins. A symbolic issue on the list soon became a point of contention as many whites believed that the request to stop playing "Dixie" at sporting events and the removal of the Confederate flag was unreasonable. White residents of the city and white alumni sent Jenkins letters expressing their disappointment in his decision to approve the banning of "Dixie" and the Confederate flag removal, even though no official decision was yet made and he also believed that the song and flag was tradition and therefore not a hostile image or practice.

The students met with President Jenkins three times to address issues on the list, but the President did not respond with any policy changes. On March 26, 1969, several students held a demonstration at the president's home and demanded an answer regarding his stance on the list of demands. Leo Jenkins made the decision to address these demands at a convocation.

During the convocation at the former Ficklen Memorial Stadium on March 31st, Jenkins stated that it was his opinion that the song and flag were not offensive and should continue to be a symbol of the university and its traditions. Many of the African American students walked out of the stadium before the president's speech was finished and a referendum revealed that a majority of students wanted to end the practice of playing Dixie.