Built in 1930 and now the home of Greeley Chamber of Commerce, the Greeley Union Pacific Railroad Depot is an excellent example of a rural train station built in the first half the 20th. It is also significant in that it was designed by Gilbert Stanley Underwood, who was a principal architect for the National Park Service as well for the Union Pacific Railroad; the station is the only known work of his to exist in Colorado. The depot was added to the National Register of Historic Places in 1993. 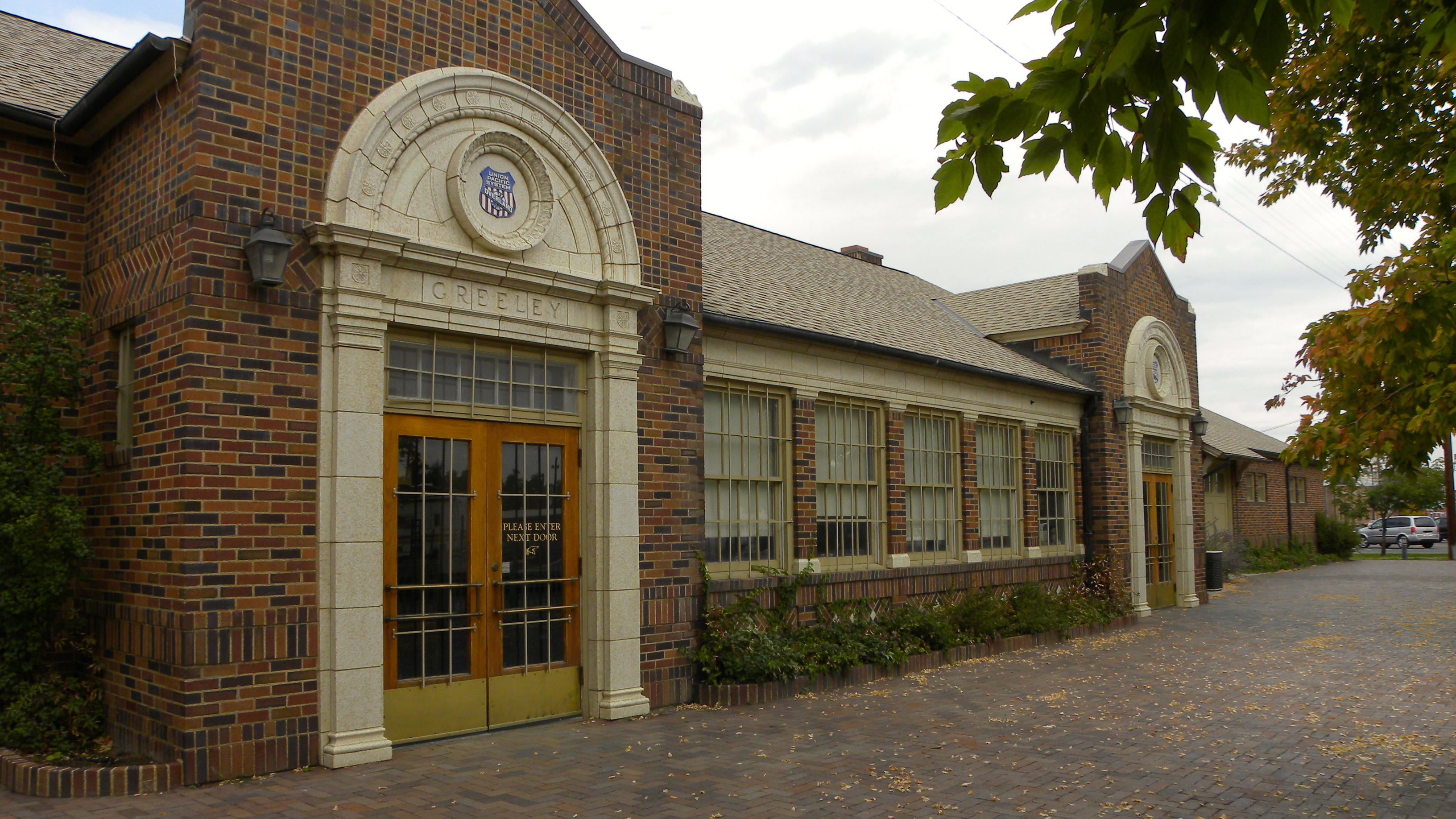 Greeley, which was first called Union Colony, was established in 1870 and was the culmination of a dream held by New York Tribune editor, Horace Greeley, who was drawn by the prospect of new lands opening up in the West. People were also drawn to Colorado by the possibility that the transcontinental railroad, which was completed in 1869, would pass through the state. This did not occur but a line was built to it by the Denver Pacific Railway, which was later taken over by the Union Pacific Railroad, the builder of the transcontinental railroad. The 1930 depot replaced a smaller stone one built in 1883.