The Galena Hotel, originally known as the Fox River House, is the oldest hotel in Aurora, Illinois. First constructed in 1857, a fire destroyed it and thus it was rebuilt in 1860. The hotel stood as a major community center for a burgeoning mill town intrinsically tied to the growth of Chicago. It was renamed to the Grand Hotel in 1907, and in 1961 named the Galena Hotel, the name it enjoys today. 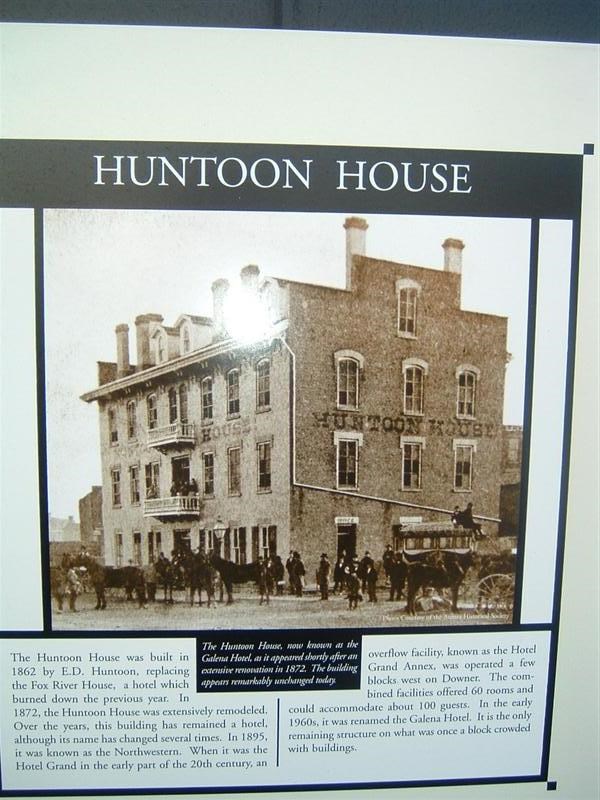 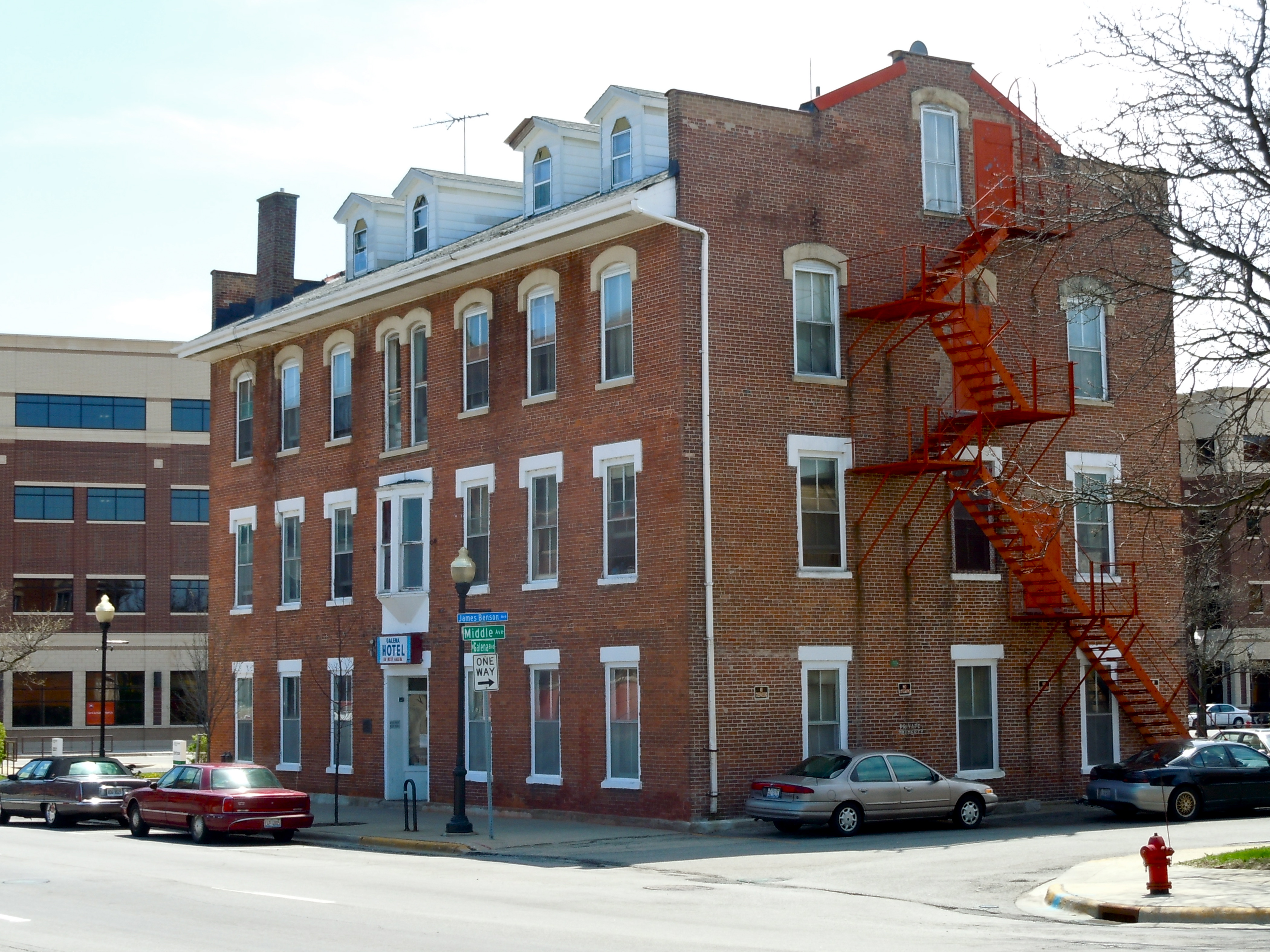 The Fox River House, now known as Galena Hotel, stands as a physical reminder of the town's long history, tied to Chicago, the importance of rivers and milling in the U.S in the early and middle 19th century.

In l857 the Fox River House was built on Galena Street between River and Lake Streets. A fire destroyed the hotel three years later, but the vacant lot was purchased by E. D. Huntoon who rebuilt the hotel, named it the Untoon House, and operated it until 1871. George Dowling and/ or W.L. Dunn purchased the site in 1871 and renamed it the Northwestern. The name changed two more times -- in 1907 it became the Grand Hotel and finally the Galena Hotel in 1961, it's present name.  It stands today as the oldest 'remaining hotel in the city alongside several other historical buildings. 1
The hotel's emergence coincided with the rise of Aurora, which had become a principal milling and manufacturing town in the Fox River Valley. The city's genesis dates back to 1834 (incorporated in 1845), when Joseph and Samuel McCarty arrived from New York seeking to build a mill and the Fox River at that location was deemed perfect. In 1854, a second town incorporated west of the river, and then in 1857 those two towns merged, but the government offices were placed on an island in the river as a means of preventing any lasting civic tension.2

As Aurora into a sizable mill town, the hotel's presence on one of Northern Illinois's main roads allowed the Fox River House to serve as one of the most popular locations for parties, balls, weddings, and a host of community events.  Typical of the evolution for many towns during the Industrial Revolution, Aurora transitioned from a mill town to a manufacturing center, largely comprised of heavy-machine equipment. In 1856 the nearby Roundhouse used for the Chicago, Burlington & Quincy Railroad served as the city's largest employer until the 1960s. The hotel, like many older structures, became less significant to the town.  However, while the combination of river, industry, and railroad shaped Aurora's civic identity for decades to come. the hotel stood as a reminder of the town's humble beginnings.3

It still operates as a hotel.