Located in a building that was once known as "the Mexican School," Centro Cultural Hispano de San Marcos offers classes that preserve and share Hispanic heritage and operate a small museum, library, and art gallery. Since its opening in 2010, the organization has worked to support art, dance, music, and other cultural programs. The center is open to the public each afternoon and offers exhibits that preserve and share Hispanic culture and heritage.

This cultural center is located in a former school that served the mostly Mexican-American population in the heart of San Marcos. 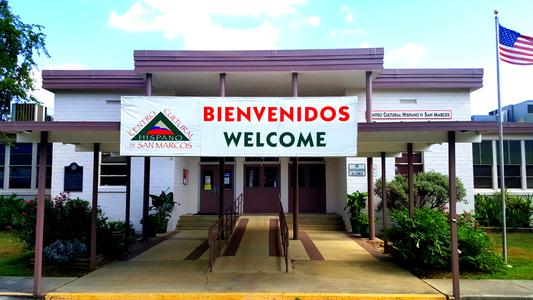 This school was constructed in 1949 and replaced a wooden school building that was formally known as "the Mexican School." Both schools served Mexican American children during the many years when the schools of Texas were officially (and later, unofficially) segregated. The school later changed its name to the Southside School and then Bohnam Elementary School.