Coopers build or maintains barrels while a "cooperage" is a facility for making barrels. 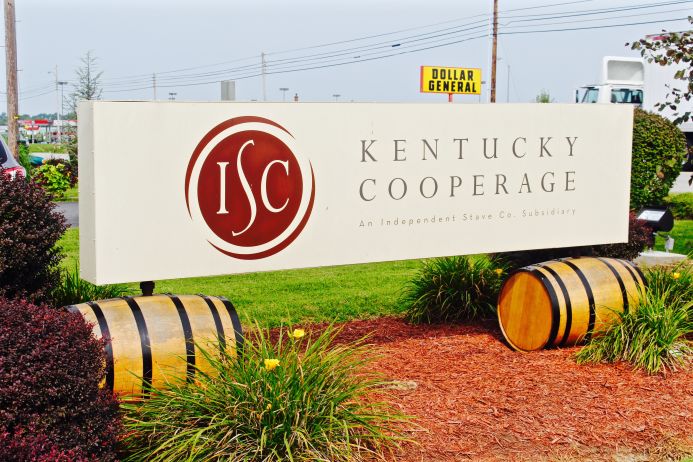 A diagram showing the parts of a barrel from Speyside Cooperage. 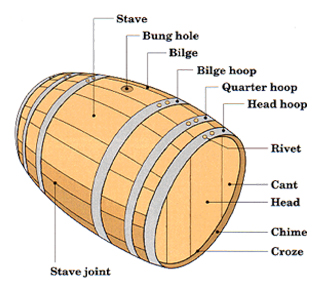 A view of the barrels before and after they are fired and charred. 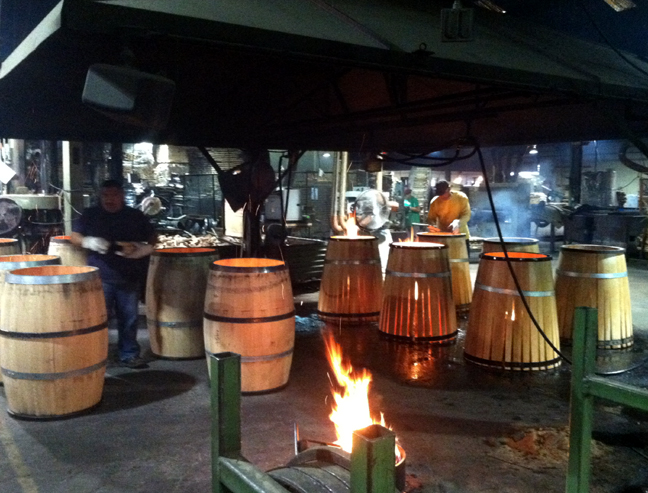 Barrel-making was one of the early and most essential skilled crafts, allowing for the storage and transportation of liquid.  Staves are the oak planks that constitute the sides of a barrel. Each stave must be straight and free of knots, as well as properly fitted together to create a water-tight barrel. The staves are kept in place by metal hoops and liquid is added and removed through a hole in the side known as the bung.

The craft of making barrels has been kept alive largely owing to the producers of whiskey and wine. Charred white oak barrels are essential to aging bourbon, for it is during the multi-year process that the spirits interact with the wood in a way that gives bourbon its desired flavor. The process is similar for wine and other spirits, but the process of making bourbon requires a new barrel each time. The type of wood used in producing a barrel makes a tremendous difference in the taste of a bourbon. For example, American white oak can that has been properly charred can impart a spirit with sweet flavors such as vanilla, even though their is no actual vanilla used in the process of making bourbon.

Independent Stave Company operates cooperages in Lebanon, Missouri and Lebanon, Kentucky. Of these two locations, only the cooperage in Kentucky is open for tours. The company also operates subsidiaries that operate cooperages under the T. W. Boswell name in California, Chile, South Africa, Australia, and France. Many of the large bourbon producers, such as Jack Daniels, produce their own barrels.