Located at the corner of 4th Avenue and 11th Street, this landmark Huntington high-rise was constructed in the mid-1920s by the Coal Exchange Company. In its early years, the Coal Exchange Bank occupied the ground floor of the building while the upper floors held the company’s offices. During the Great Depression, however, the bank failed and the company filed for bankruptcy. The C&O Railway subsequently purchased the building and housed their engineering offices there for many years. Over the following decades, a number of physicians, dentists, and businesses also rented offices and retail space in the building. A local store, Glenn's Sporting Goods, was located on the ground floor of the Coal Exchange Building for many years before it relocated to its current location on 3rd Avenue. The building was sold in August 2019 to Jay Barta, who plans to renovate the ground level into a commercial space and convert its upper floors to offices or residential spaces. 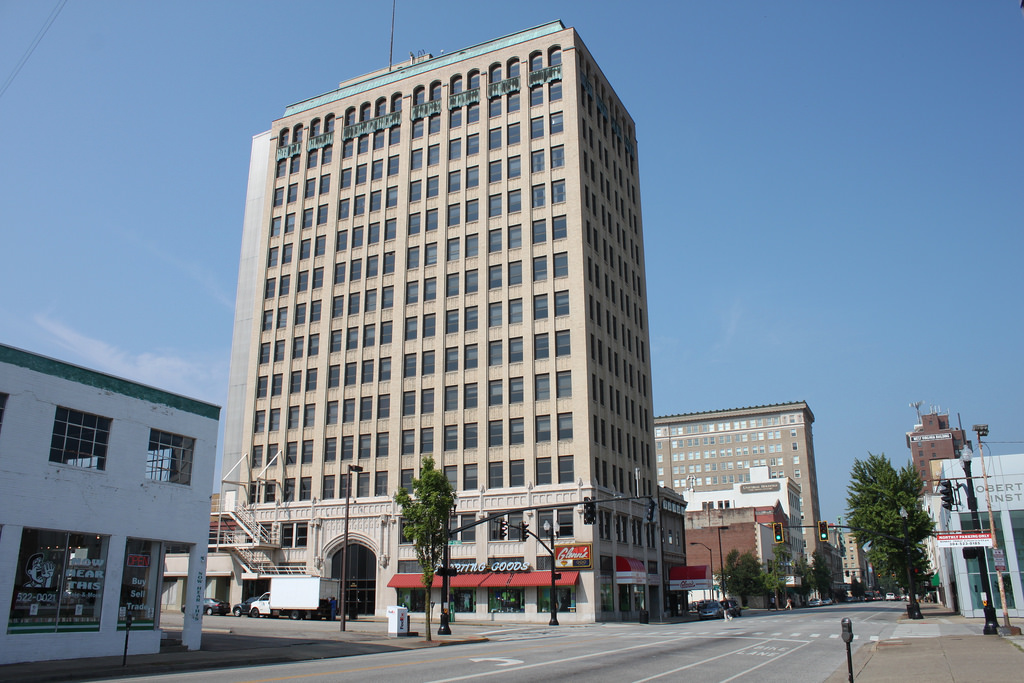 The entrance to the building today 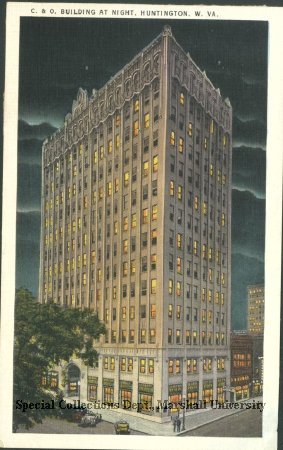 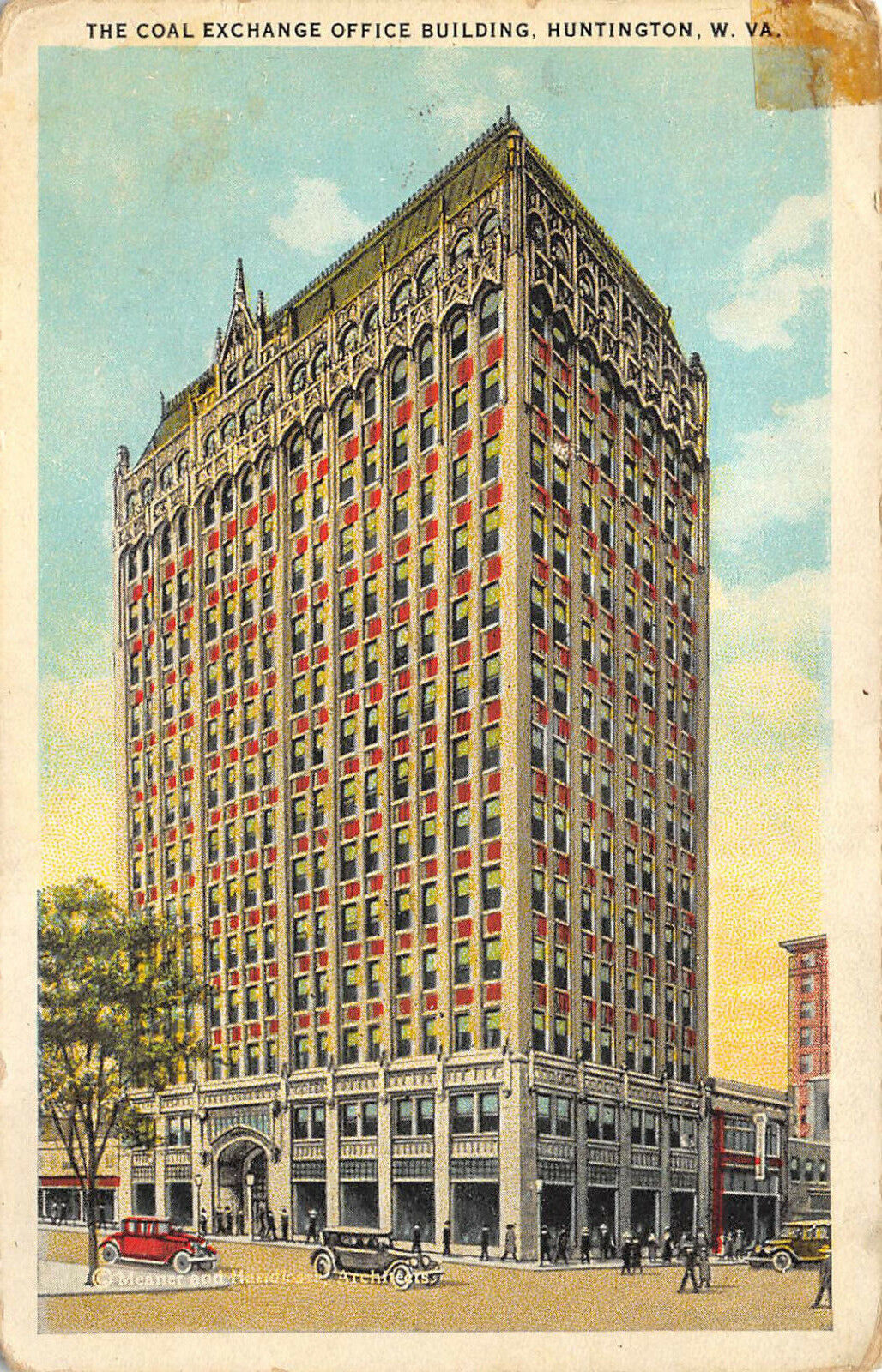 Postcard of the view from the Coal Exchange Building 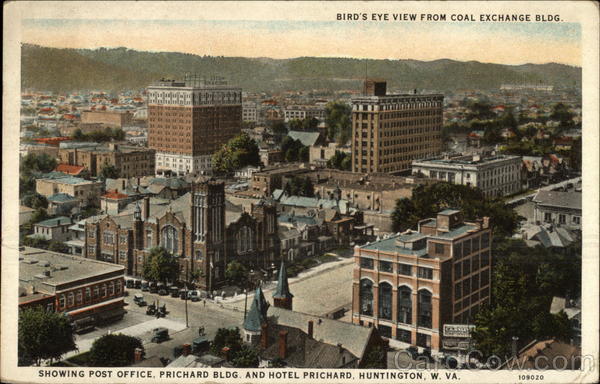 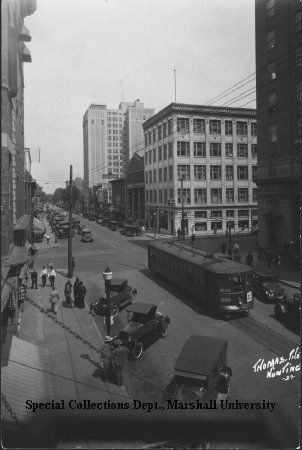 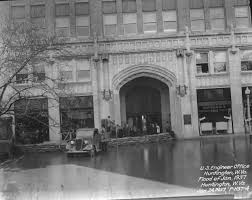 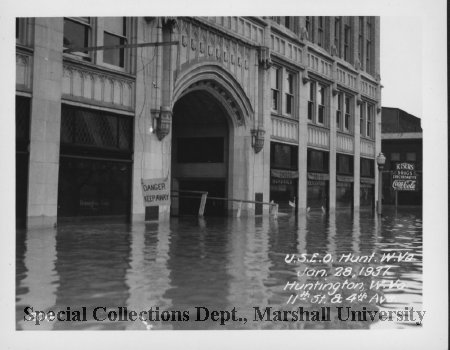 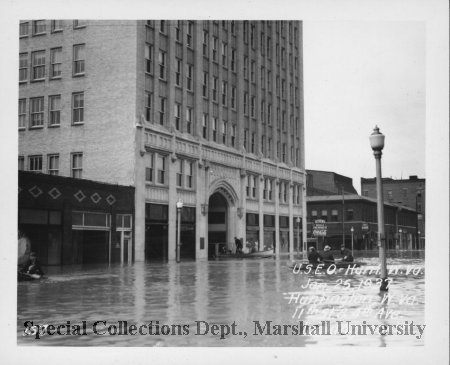 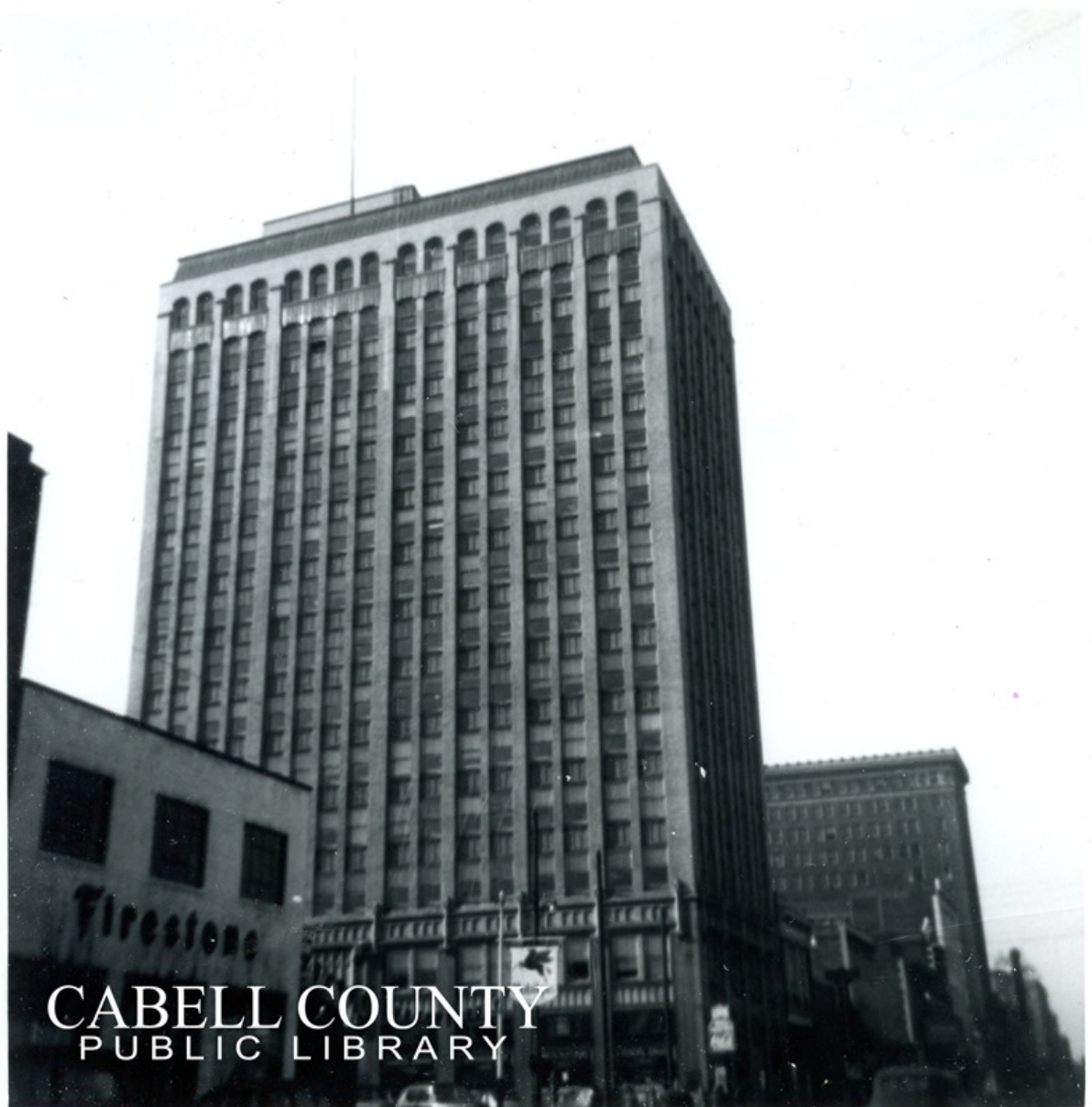 During the first few decades of the twentieth century, Huntington enjoyed immense success as a hub for the coal and railroad industries, with luxurious office buildings, banks, and hotels filling its downtown. The Coal Exchange Company was a holding company organized by railroad moguls D.C. Schonthal, A. Solof and H.A. Zeller. The three men managed several companies and owned real estate throughout Huntington at the time. In the mid-1920s, Schonthal, Solof, and Zeller commissioned the construction of a building to serve as the headquarters for their company. They hired Wilbur J. Meanor and Edward Handloser as the architects of the new high-rise. Meanor & Handloser was one of the most successful architectural firms in the state of West Virginia during the early twentieth century. The duo had offices in both Huntington and Charleston, and were responsible for constructing some of the most iconic buildings in each city. In Huntington, Meanor and Handloser designed the First National Bank Building, the WWI Memorial Arch, and Ohev Sholom Synagogue, as well as many of the city’s grandest homes.

Completed in 1925, the Coal Exchange Building stood at a towering 160 feet and fourteen stories, making it one of the tallest buildings of the Huntington skyline. The owners reportedly spent $1.2 million to construct the building - nearly $15 million in today's dollars. The Coal Exchange’s lobby and walls were lined with marble, and the entrance contained three elevators. It held coal company employee offices and the Coal Exchange Bank on the ground floor. Doctors and lawyers also utilized office space in the building because it offered larger and finer offices than other buildings in Huntington at the time.

The Coal Exchange Building did not host its original tenants for long, however. Like many other banks across the United States, the Coal Exchange Bank failed during the Great Depression and never reopened. Around 1933, the Coal Exchange Building was sold at a county auction to the C&O Railway, who located their engineering department and other offices in the building. The C&O was the tenant during the historic flood of 1937: a plaque located on the first floor of the building still shows how much water entered the building during the flood. After the C&O merged with several other rail companies that eventually became CSX Transportation, the company left the building and Kaiser Drug Store occupied the ground floor.

Over the years, the building has changed ownership several times and has housed various local businesses and offices. Most recently, the Coal Exchange Building was home to Glenn's Sporting Goods, Knuckle Sandwich, Kindred Communications, the Herd Insider, Greater Huntington Theater Corporation, Jenkins-Fenstermaker Law Firm, and the Marshall University Research Corporation, among others. Kindred Communications was a resident of the building for over three decades, utilizing its height for radio transmissions. While it has not been fully renovated, several upgrades to the building have been made over time, including modernized elevators, a rubber roof, a new heat-exchanger and boiler system, electrical work, and updated plumbing. In 2009, the building was at 55% occupancy, with several empty floors, but by 2019 it was completely vacant.

In August 2019, the Coal Exchange Building, along with a smaller neighboring building, was sold at a public auction for $550,000. Whirlwind Properties LLC, a real estate investment firm, was the highest bidder, but it yielded the sale to McGuire Realty, which was representing Jay Barta. Barta owns several buildings in Huntington, including the recently-renovated DoubleTree hotel. Though it will take several years, Barta plans to fully renovate the Coal Exchange Building by making a retail space on the ground floor and converting the upper floors into apartments or offices.