This marker honors Hiram Revels, who became the first African American in Congress when he won election to the Senate in 1870. Revels filled the same seat that had been vacated by Jefferson Davis prior to the Civil War. 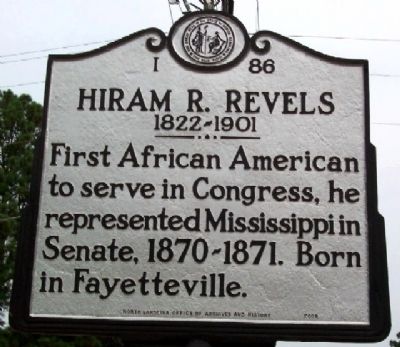 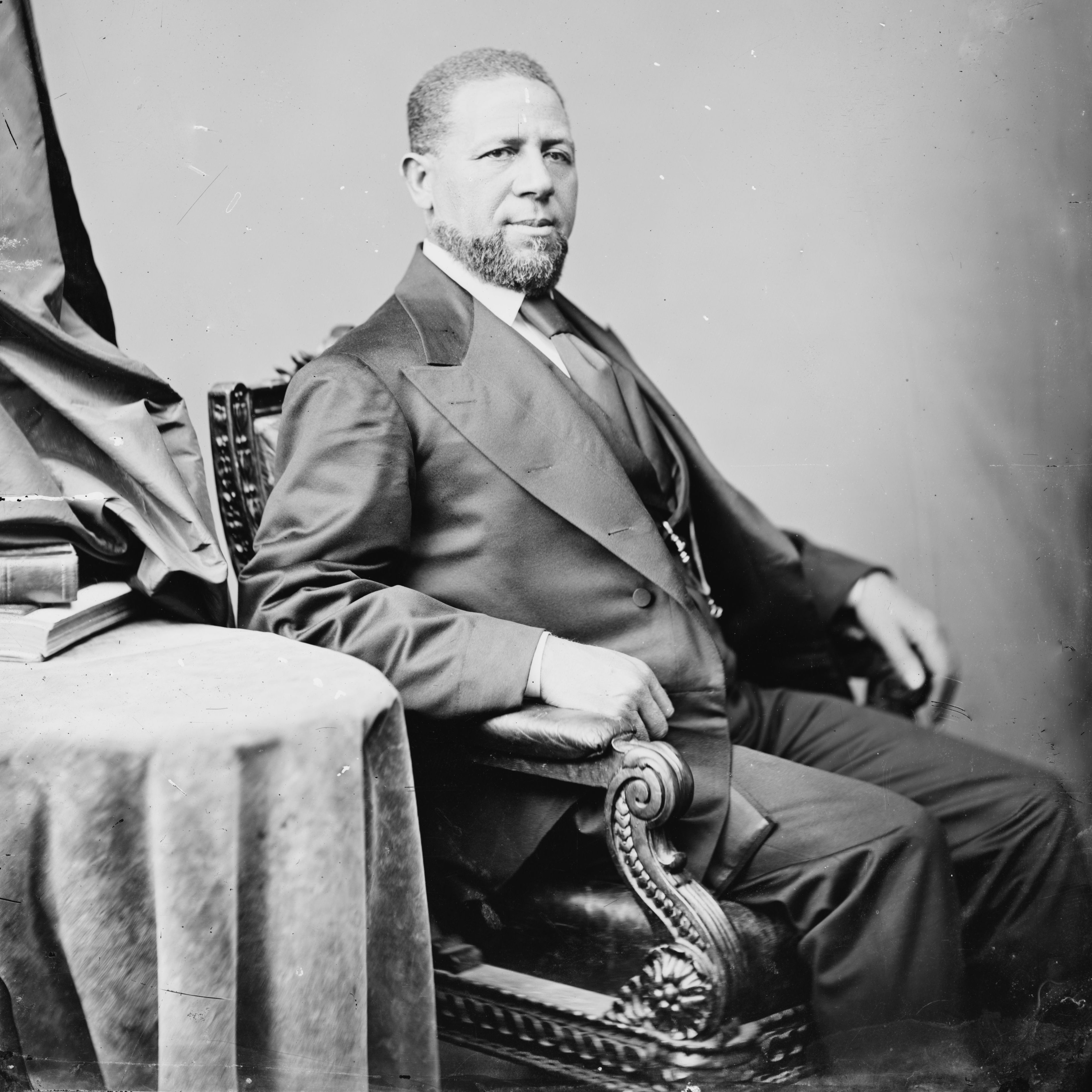 Read about Revels and other groundbreaking African American legislators in Philip Dray's Capitol Men: The Epic Story of Reconstruction through the Lives of the First Black Congressmen. 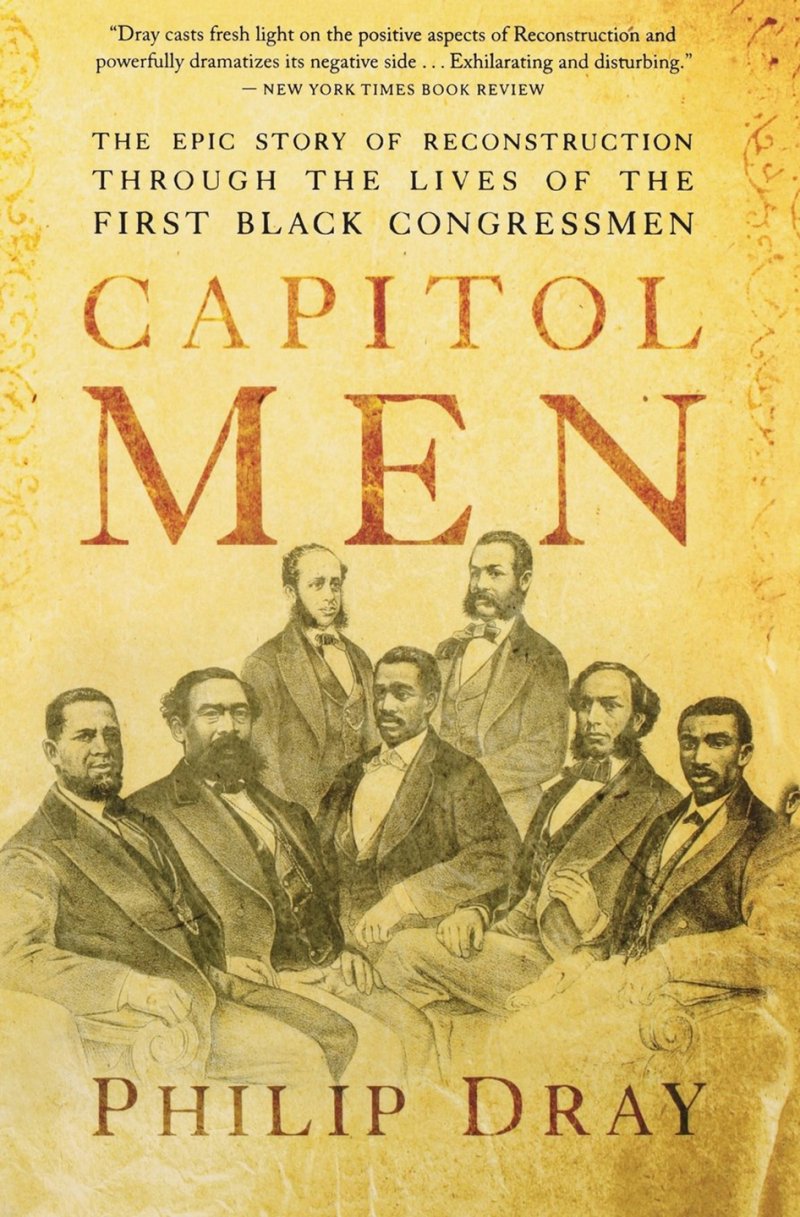 Revels was born free in Fayetteville during the 1820s. As a young man, he became an apprentice to a barber and established his own business shortly after reaching adulthood. This business allowed him to pursue a formal education, enrolling in Ohio's Darke County Seminary for Negroes. Revels became an ordained minister and accepted a position leading a Baltimore AME church in 1845. Revels married Phoebe A. Bass in the 1850s, and accepted a position leading an AME congregation in St. Louis in 1853. During these years, he also traveled throughout Ohio, Indiana, and the border South, preaching to Black congregations and delivering lectures on the evils of slavery.

Reveles served as a chaplain to Black infantry regiments during the final two years of the Civil War. After the war, Revels again found work as a minister, accepting positions at various congregations and traveling from Kansas to Louisiana. In 1868, Revels traveled to Mississippi and led a congregation in Natchez. During these years, the Republican Party in the South supported Black suffrage and won many state and local elections with a coalition of white and Black men leading the ticket. Revels won his first election in 1869- a seat in the state legislature. In January of 1870, the state legislature selected Revels to represent the state of Mississippi in the United States Senate. (Most state legislatures selected Senators prior to the ratification of the 17th Amendment in 1913 which mandated direct elections for Senators).

Revels faced a hostile reception in both Mississippi and Washington, where white democrats challenged his credentials and denied that he had been properly and legally elected. However, the Senate voted to accept Revels as a member and he was eventually permitted to serve the remaining months of the six-year Senate term that had been vacated by Mississippi in the previous election. Revels did not seek reelection and only served in the Senate from March 1870 to March 1871.

Revels returned to Mississippi in 1871 and became a co-founder of Alcorn University in 1872. He was also the first president of that institution but served for only one year in that capacity after accepting appointment as Secretary of State for Mississippi in 1873. Revels served two more terms as president of Alcorn University before returning to the ministry. He passed away in 1901.