This Jackson Hole landmark was established in 1937 and has been the site of performances by country music legends such as Waylon Jennings, Hank Williams Jr., Tanya Tucker, Willie Nelson, Commander Cody and the James Cotton Blues Band. The rustic decor and bar stools made of "retired" saddles complete the western experience for visitors. Part tourist attraction and part staple local establishment, this is certainly one of the places where visitors should consider seeing as they take in the rich history and the spectacle of the Jackson Hole area. 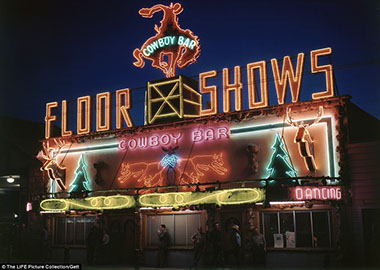 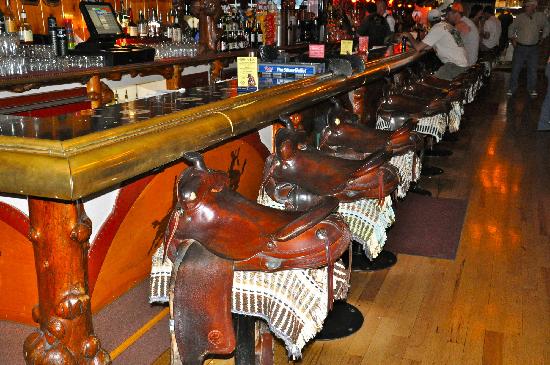 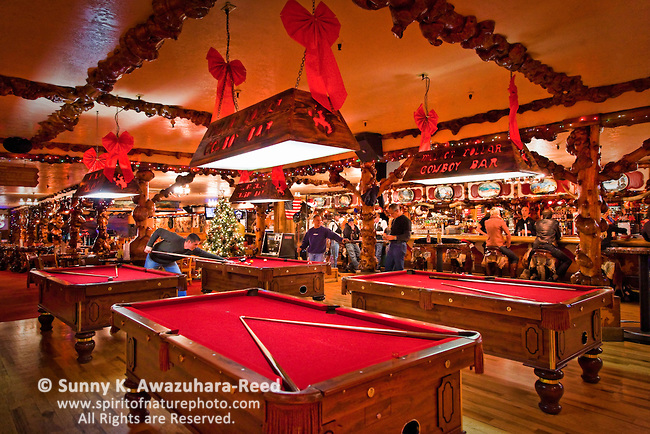 Grizzly bear mount inside of the Million Dollar Cowboy 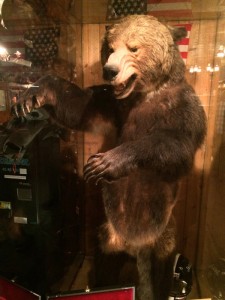 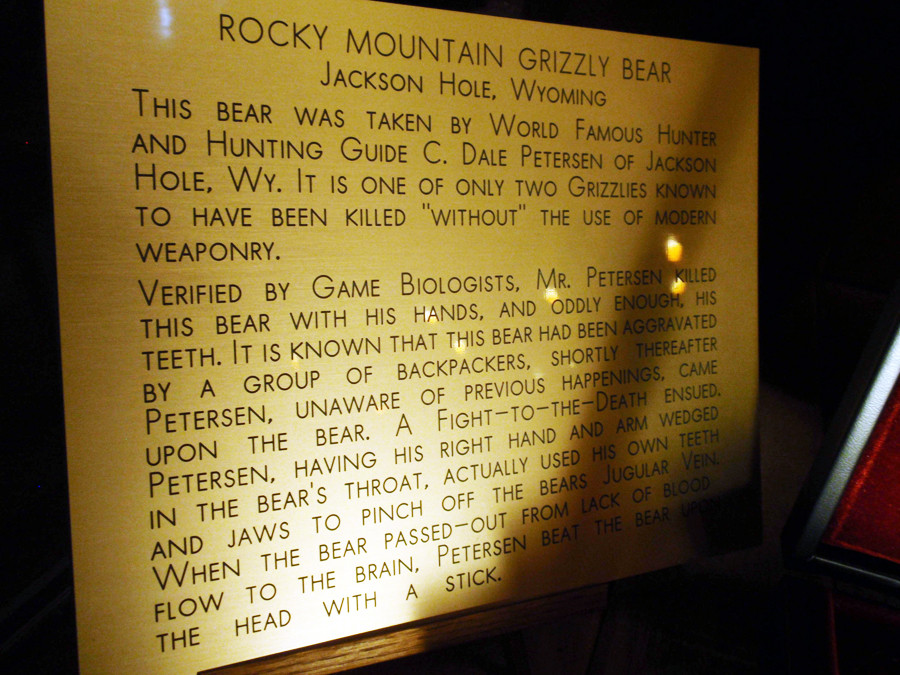 In the 1890s the first commercial buildings came to Jackson, Wyoming. Before becoming a bar, Million Dollar Cowboy was the location of a doctors office and then a bank. The bank was demolished and Joe Ruby built Ruby’s Café and Beer Garden in its place. When the beer garden was purchased by Ben Goe in 1937, he renamed it the Cowboy Bar. Goe was lucky enough to get the first liquor license in Wyoming post prohibition. The bar was a hot spot for gambling, which was outlawed in the state of Wyoming. Goe spent an entire winter cleaning the pine that is still on the bar today. It is rumored that Ben was a moonshiner back in his day. General manager Charlee Gray found an old piece of paper among the bar's things which read: "Ben Goe moonshine stills at Sheep Creek below Curtis Canyon, Twin Creek Ranch, and Up Curtis Canyon."

In the 1940s, the bar was sold to Preston Parkinson, who added the Million Dollar onto the name. Parkinson expanded the bar further. Unfortunately, in 1953 there was a gas explosion in the basement that caused major damages. From his hospital bed, Parkinson vowed to restore everything in the bar.  In 1973 three men, Ron Shultz, Bud Jensen and Cliff Pointdexter, bought the bar. These men modernized the bar further.

Art Anderson is an avid western memorabilia collector and the present day owner of the Million Dollar Cowboy Bar. Much of his collection can be admired within the bars authentic decor. Among this decor, animal mounts of timber wolves, grizzly bears, and mountain lions can be admired. The actual bar itself is inlaid with 624 silver dollars, which had to be screwed into the bar in the 80's. Poor cowboys in the 40's and 50's used knives to remove the silver dollars and pocketed the change. The bar offers live country music and old fashioned swing dances 6 nights a week, along with pool tournaments. The bar has a gift shop and a separate steakhouse downstairs.
To some it is just a bar, but to others the Million Dollar Cowboy was a second home. In fact, one of the elderly regulars asked to be cremated and kept at his favorite watering hole. Upstairs in the office, you can find Bob's remains in an old Jack Daniels bottle. Carol Anderson reports that his friends often come in and bring their buddy down to have drinks with him.