The oldest amusement park in the United States, Kennywood was built in 1898 and is still in full operation today. It was declared a National Historic Landmark in 1987, not only because of its 19th century construction, but also because it stands on the land where the Battle of the Monongahela (1755) took place (a battle that resulted in British general Edward Braddock being mortally wounded and the U.S. army was under the direction colonel George Washington). From its humble beginnings of a trolley park/ picnic area to the well established destination it is today, Kennywood has made a name for its self in the amusement park industry as well as history, and it doesn't seem to be stopping anytime soon. With over 46 rides/attractions and a bountiful history, there is no doubt that people of all ages can enjoy this wonderful theme park. Feature rides include the Exterminator, the Black Widow, the Pittsburgh Plunge, Thunderbolt, Raging Rapids, and the Whip.

This way to Kennywood. 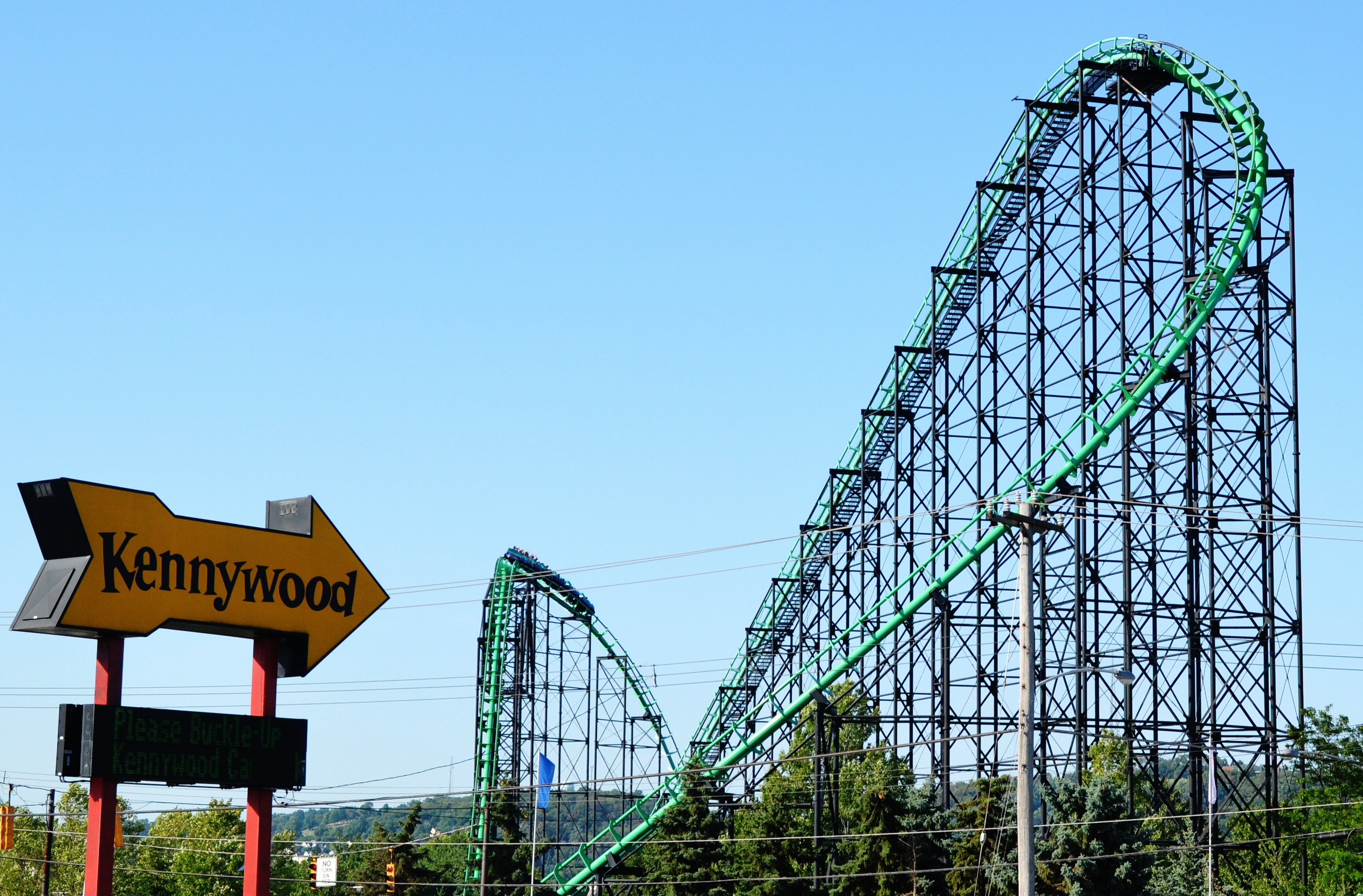 An overhead shot of the Pittsburgh Plunge. 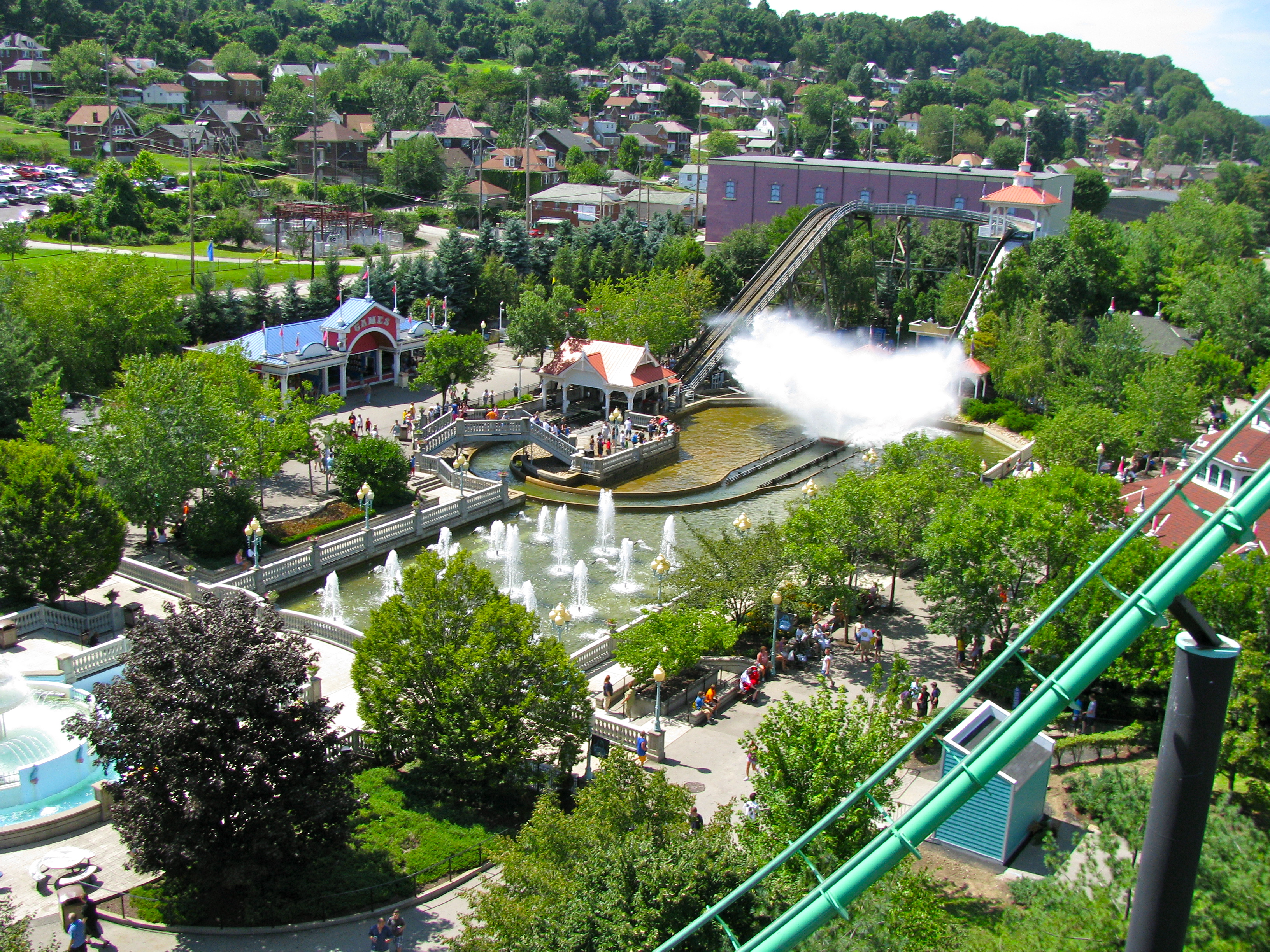 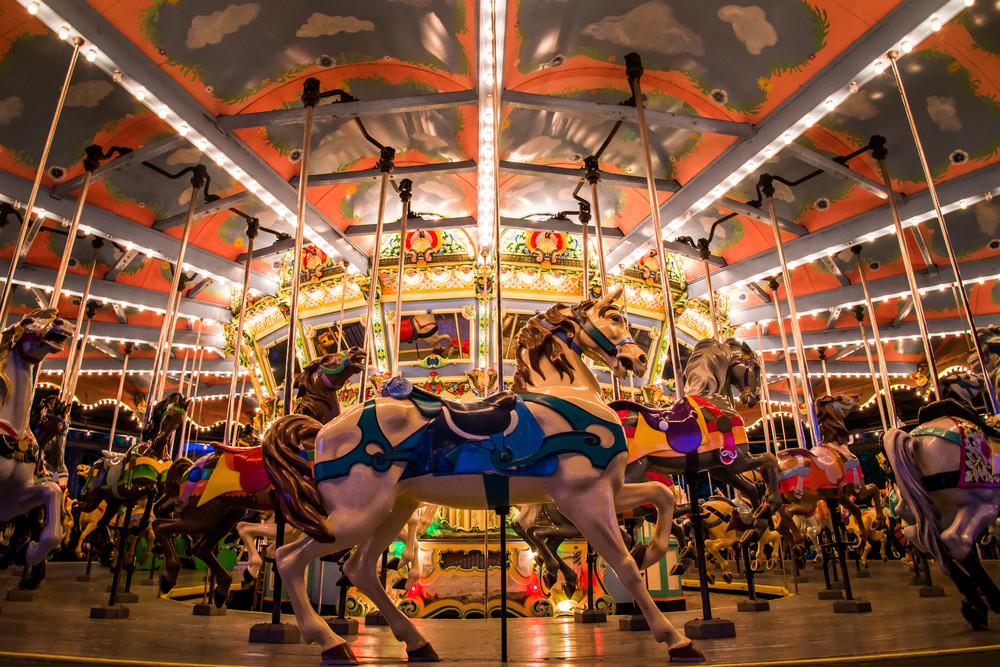 A vintage picture of Kennywood Lagoon. 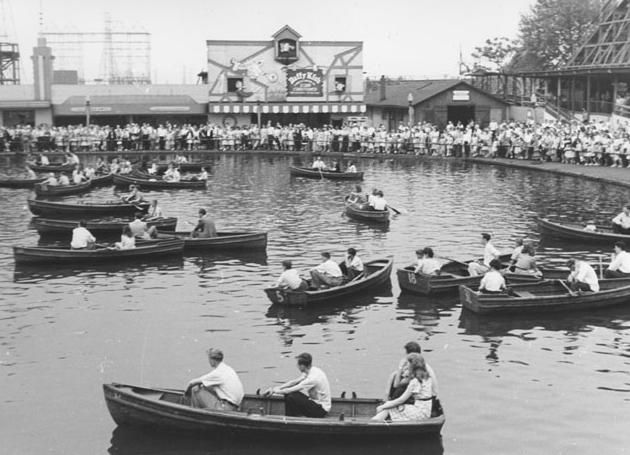 The park is located in West Mifflin, PA and was originally trolley park owned by Monongahela Street Railway Company before being purchased in 1906 by F.W. Henninger and Andrew McSwigan. With that purchase, Kennywood Entertainment was born. Kennywood gets its name from the original land owner Anthony Kenny who was a local farmer. For over 100 years, the park was closely owned and operated by the families.  Many of the original structures and rides dating back to the early 1900s are still standing and in use, including 2 buildings from 1898 (a carousel pavilion and a restaurant that was a former casino).
In 1902, the Pittsburgh Street Railway Company wanted to get into the amusement park business and subleased the park, eventually to McSwigan and Henniger who added thrill rides that were groundbreaking for their time.  The park underwent expansion several expansions, including adding 2 large roller coasters (The Racer and Speed O Plane) in the 1910s,  3 new coasters in the 1920s (Jack Rabbit, Pippin, and the new and improved Racer), a pool in 1925.  The Jack Rabbit is one of the oldest wooden roller coasters in the world and gets its name from the effect of a double dip which makes you feel as if you are jumping out of your seat.  The Racer features two sets of trains that race each other to the finish.

During the Great Depression, Kennywood couldn't add any rides so dancing and the great dance bands of the 1930s-1950s kept the park in business.  During the second half of the 1930s, the park slowly began to prosper and added Noah's Ark in 1936, a dark, fun-house take on the biblical story that is the only ride left of its kind in the world.  During the WWII, Kennywood again found itself in a place where they couldn't expand so the park brought in an Old Ferris Wheel and a mini train that is still in use today.

In the 1950s, Kennywood added new rides to Kiddieland and the following are popular rides that were added in the 1960s-1980s: the Hurricane, the Looper, the Rotor (1st ride imported from Europe), Wild Mouse, Octopus, Turnpike, Thunderbolt, Raging Rapids, and Steel Phantom.