Camp David is the recreational home of the President of the United States. Located in the heavily wooded Catoctin Mountain Park, it is a serene retreat only 62 miles away from the bustling city of Washington, D.C. Originally constructed for the use of federal government agents and their families, it was converted into a presidential retreat in 1942 by President Dwight D. Eisenhower. This site has been the location of a number of important diplomatic meetings between the POTUS and foreign heads of state. 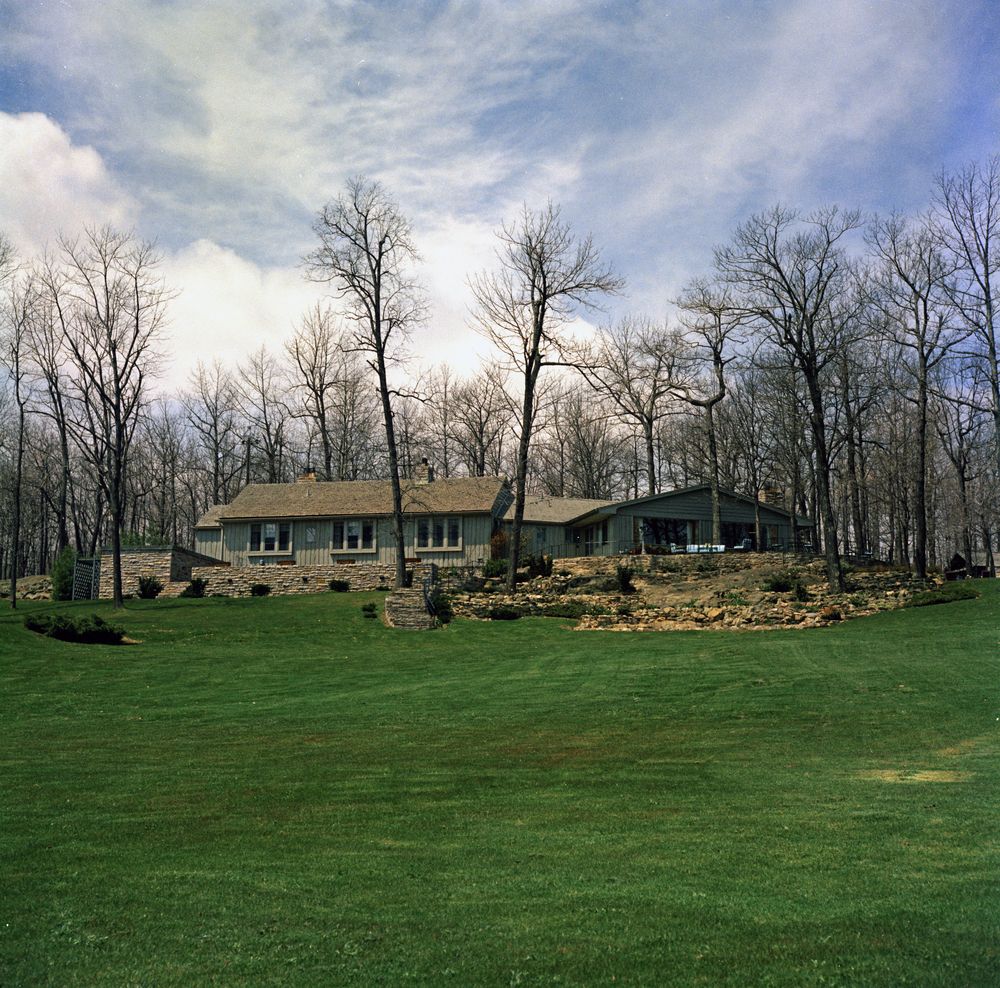 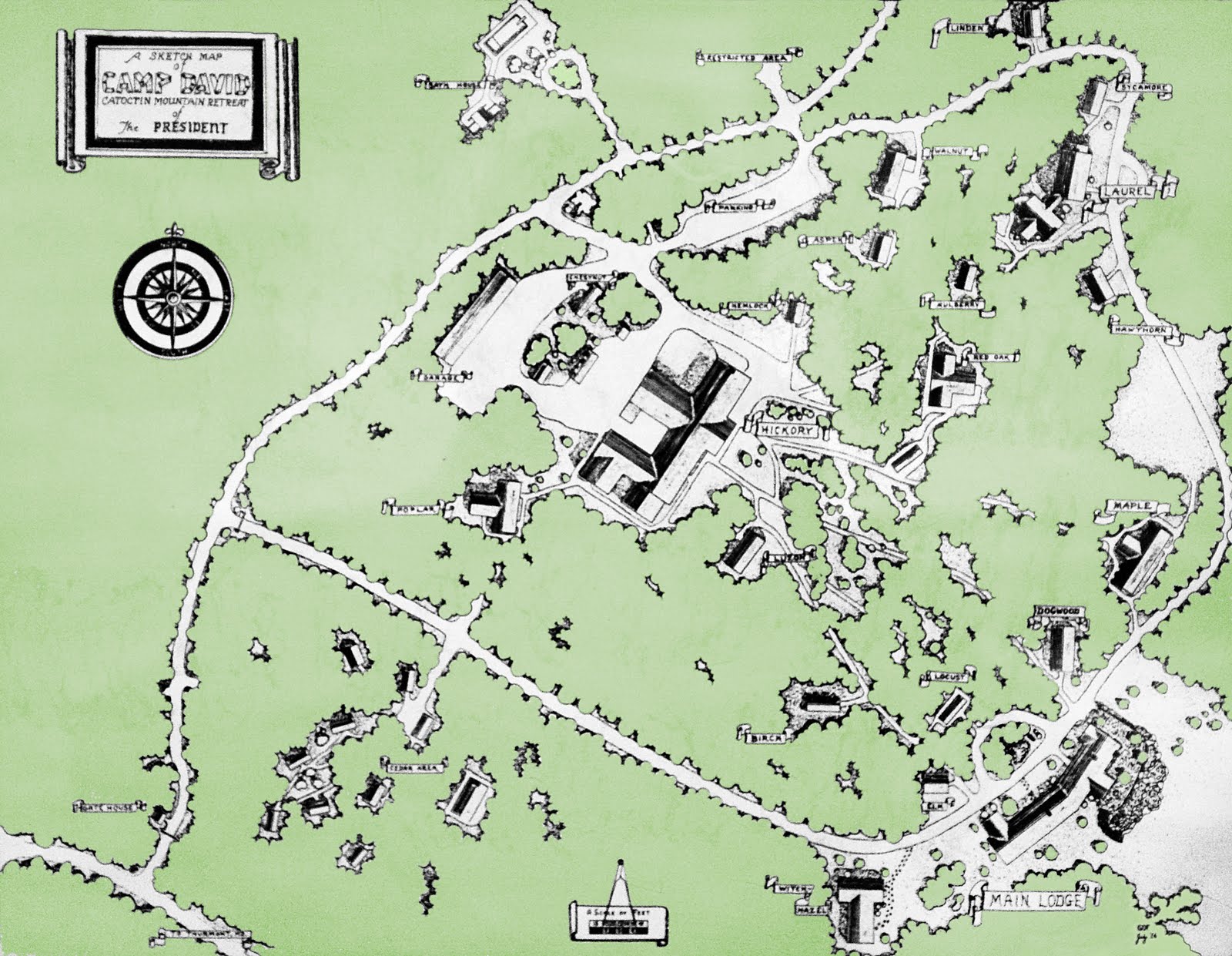 Camp David in the winter 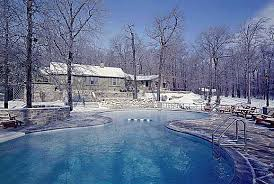 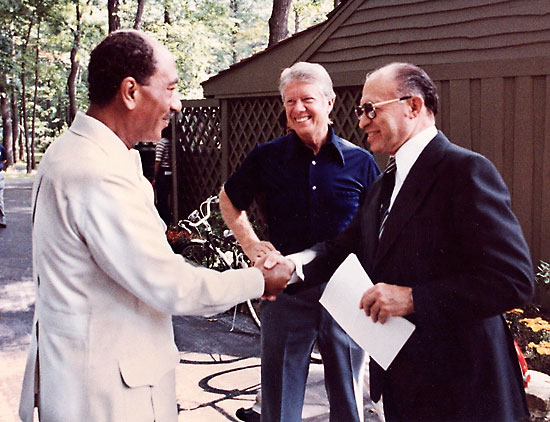 Map of where leaders stayed at Camp David

Camp David is the recreational home of the President of the United States.  The camp is located at an undisclosed spot wooded Catoctin Mountain Park, only about 62 miles away from the nation's capitol.  Camp David is officially known as Naval Support Facility Thurmont and is technically a military installation, staffed primarily by the U.S. Navy and the U.S. Marine Corps. It is not open to the public.

Construction on a camp in the Catoctin Recreational Demonstration Area began in the late 1930s.  Originally, Camp Misty Mount was built by the Works Progress Administration (W.P.A) and the Civilian Conservation Crops (C.C.C) for the use of the Maryland League for Crippled Children.  The terrain proved too difficult to navigate by wheelchair, and the League moved to Mount Greentop in 1938.  A third camp, Camp Hi-Catoctin, was completed in 1939 for the use of federal government agents and their families.  In 1942, it was converted into a presidential retreat—called "Shangri-La" by President Franklin D. Roosevelt after the fictional Himalayan paradise in James Hilton's 1933 novel Lost Horizon.  Upon taking office in 1953, President Dwight D. Eisenhower renamed it "Camp David" in honor of his father and grandson.

Every POTUS since Franklin D. Roosevelt has occupied Camp David, which has been the site of many events of historical note.  One notable event that took place at the camp was Dwight D. Eisenhower's first cabinet meeting on November 22, 1955.  Another was the marriage of George H. W. Bush's daughter—Dorothy Bush Koch—in 1992, the first wedding ever held at Camp David.  In 1984, Ronald Reagan—who visited the site more than any other President—hosted British Prime Minister Margaret Thatcher there.

Since becoming a presidential retreat, Camp David has served as the site for diplomatic meetings between the POTUS and foreign heads of state.  For example, in September 1978, President Jimmy Carter facilitated a meeting between Egyptian President Anwar El Sadat and Israeli Prime Minister Menachem Begin.  The three world leaders spent three weeks at Camp David where they made secret peace agreements; The Camp David Accords were signed by El Sadat and Begin on September 17, 1978.  More recently, President George W. Bush hosted a number of dignitaries at Camp David, including President of Russia Vladimir Putin (2003), British Prime Minister Gordon Brown (2007), and Danish Prime Minister Anders Fogh Rasmussen (2006). President Barack H. Obama chose the site to host the 38th G8 summit in 2012, and the GCC Summit in 2015.