Joseph Rainey was born into slavery in 1832 in Georgetown, South Carolina, and later became the first African American Congressman in the United States. This historic home was built in the 1760s and was Rainey's birthplace and he was enslaved here until his family was able to purchase their freedom and moved to Charleston in 1846. The family maintained a barbershop and Rainey was able to attend school in the latter years of his youth. After working aboard ships in the Civil War, Rainey returned to South Carolina and was elected to the state legislature in 1868 and served in Congress two years later. The home was listed on the National Register of Historic Places and was later declared a National Historic Landmark in 1984. 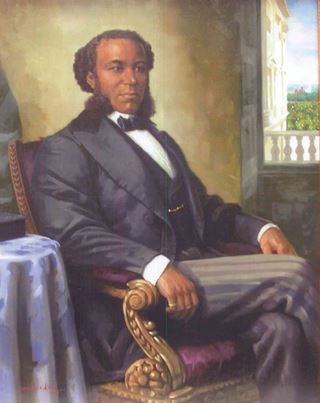 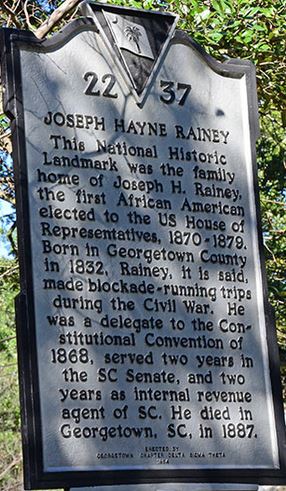 The Rainey House as it stands today. 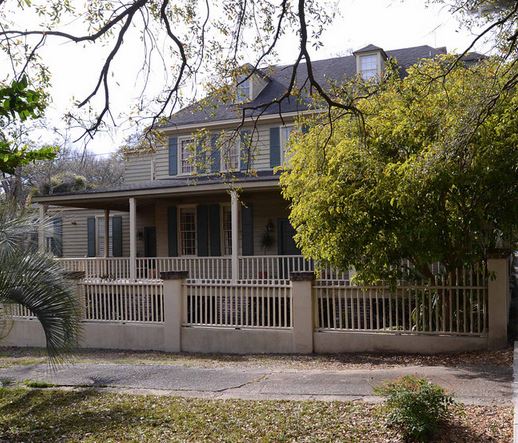 Born on June 21, 1832, Joseph Rainey was born to enslaved parents. His father was able to save money from taking on extra work and after many years, he used those funds to purchase his family's freedom. His family wanted Joseph to follow his father's footsteps as a barber, which he did for several years at the Mills House Hotel. He and his wife Susan had three children.

During the war, Joseph Rainey was drafted by the state to help build Confederate fortifications. Soon after him and his wife escaped to Bermuda. In Bermuda he continued his barber work as well as sought more education. The family returned back to South Carolina in 1866. Two years later he was elected to the state senate. Two years after that he was selected to replace Benjamin Whittemore's, a white man, position as Congressman.

The home was renovated in the 1970s. Regardless of it being renovated it still holds some of the originality such as the panel floors, cypress paneling, as well as wainscoting. You can also find more history on Joseph Rainey at the Georgetown Rice Museum. The museum has a huge exhibit dedicated to Rainey and his connection to the town.