Exterior of the history center, which itself lies in the Pittsburgh suburb of Braddock. The nearby Monongahela River, along which the battle took place, has played a central role in Pittsburgh's development and history. 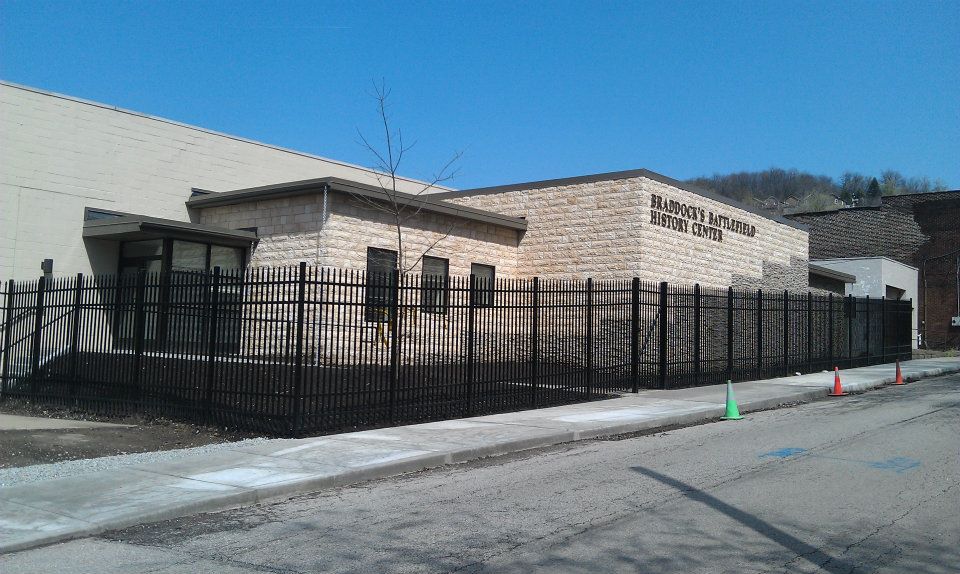 Life-size model of a British soldier of the French and Indian War. The colonial conflict was actually part of the larger Seven Years' War, considered by some scholars to be the first true global conflict. 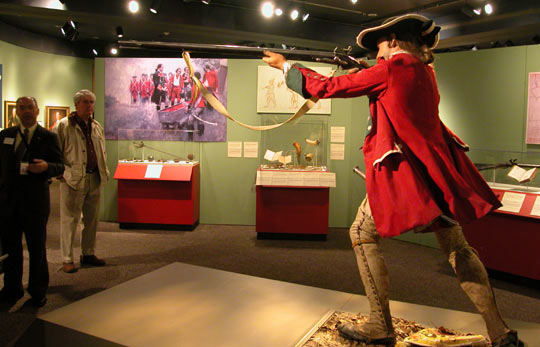 Bust of George Washington with artwork in the background. Washington gained valuable combat and leadership experience during the French and Indian War, which would serve him well leading the Continental Army twenty years later. 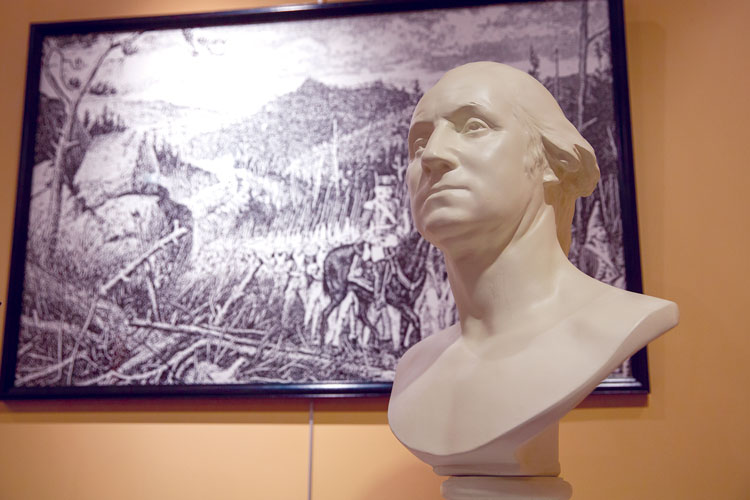 A contemporary map of the battle. Braddock's forces were poorly coordinated, and Braddock himself had limited experience campaigning in the Colonies. 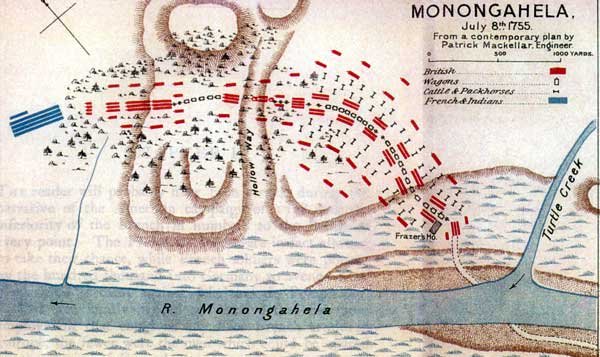 The only contemporary portrait of Edward Braddock is historically incorrect, depicting him in a General's uniform that did not exist until more than two decades after his death. 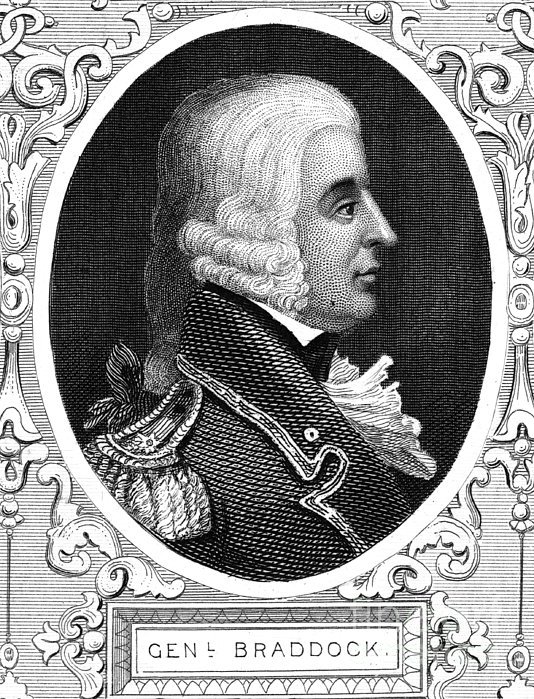 General Edward Braddock was dispatched by the British crown to capture the French Fort Duquesne.  The fort was strategically located at the confluence of the Allegheny and Monongahela Rivers which came together to form the Ohio River in present day Pittsburgh.  Braddock accepted colonial Colonel George Washington’s offer to accompany him, as Washington knew the area after traveling to Fort Le Boeuf in 1753 and his failed attempt to reach Fort Duquesne in 1754.

Braddock’s expedition was met by a smaller combined force of French and Native American warriors 15 miles southeast of Fort Duquesne on July 9th, 1755.  During the ensuing battle, most of the British and colonial officers were either killed or wounded, to include Braddock, who received a mortal wound.  Washington then led an organized retreat back to Virginia.  Along the way, General Braddock died on July 13th and was buried near Fort Necessity, which Washington had hastily built the previous year.  An historical marker now marks his grave site.

This battle enhanced the reputation of Washington and involved numerous soldiers who would go on to lead troops during the Revolutionary War, including Horatio Gates and Charles Lee, and was later recognized as a template by the colonists for methods to defeat British forces when they later became their enemy.  Braddock’s Battlefield History Center seeks to impart the importance of this often overlooked battle to the general public.

Sun, Tue, Wed & Sat, 12-4 or by appointment. Closed in January and February