The Pacific Ocean Park Pier was a pier opened in 1958. This pier was located on the water in Santa Monica, CA. When the pier opened it was a huge hit, it was a place buzzing with people from all around that came to have fun at the amusement park on the sea. Due to reconstruction of the city and road closer it became hard to access the pier. The amount of people that visited the pier became much lower which lead to the closer of the Pacific Ocean Park Pier in 1967. 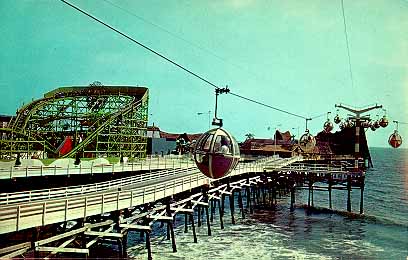 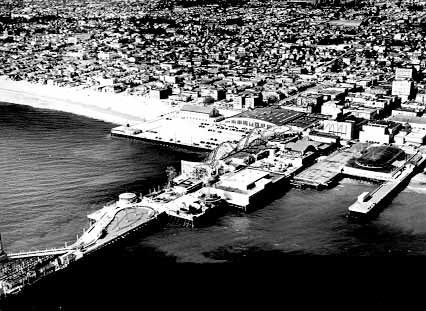 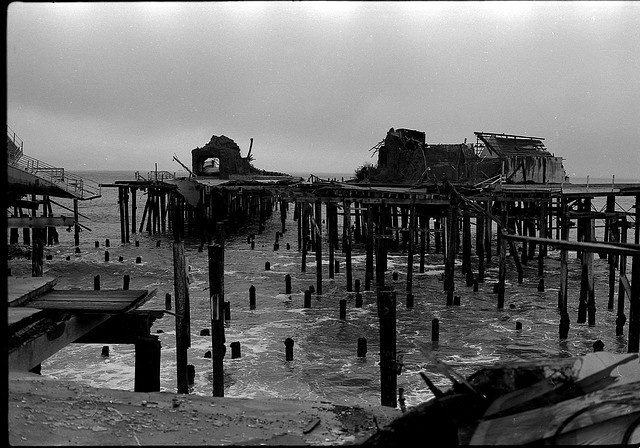 In 1958 an amusement park on a pier opened up. This amusement park was called Pacific Ocean Park, and was advertised as "28 acres of fun and magic, ones first stop on their way to heaven" 1 . One would not be wrong in saying this, this pier was twenty-eight acres on endless fun. This place had food, games, and roller coasters all on top of a sunny California beach. For years people came from all around to visit this amusement park and the thrills it provided, but sadly this was short lived. Due to the attraction this amusement park had many real estate agency's wanted to dip their hands in the money that was to be had here. One agency's project lead to the demolition of many old buildings and the reconstruction new one's.  2  This project damaged many of the roads in the surrounding area. This made it very difficult to access the Pacific Ocean Park Pier and the amount of people going there started to drop. This along with the need for repairs caused the Pacific Ocean Park Pier to close in 1967. 3

After the pier closed in 1967 it became forgotten along with the surrounding area. A place that was once a paradise on the sea became a rotting, abandon pier of trash that was decaying in the water. This place became a place for teens to go cause trouble and explore the decaying pier. It became a place for drug addicts to get high and place for pyromaniacs to set fire. 4  While the Pacific Ocean Park Pier had been forgotten and left to rot the surrounding Santa Monica area did too. This area became a place filled with crime, poverty, and urban decay. This area of Santa Monica became known as Dogtown and was considered one of the last seaside slums of America. 5  This Pier became the ultimate symbol for Dogtown as it lay rotting in the sea forgotten by everyone.

While the pier was became a new home for drug addicts, and people to cause trouble it also became home to another group of people. This group of people were the surfers of Dogtown. These surfers took to surfing under the pier because of the type of wave created there. Surfing here was extremely dangerous due to the piers debris that tainted the surrounding area.  In order to ride here one had to be skilled and not afraid to get hurt, which heavily influenced the hardcore style of riding that the surfers of Dogtown were known for. This pier became an infamous surf spot that many people wanted to come surf. Although, unlike the amusement park that was once on the pier, non-locals were not welcome. Local riders did everything they could to protect their surf spot from outsiders. They would do everything from throwing rocks at non-locals to destroying their car engines. 6  The surfers of Dogtown would go on to be part of a surf and skate team for the company Zephyr. This team would become known as the Z-boys who would later go on to revolutionize skateboarding. While this pier was abandon and the original idea of an amusement park was forgotten, it did become famously known as the heart of Dogtown and home for the Z-boys.