A visit to this historic site takes visitors back to what was once a thriving colonial town before the Revolutionary War. The town of Dorchester was founded in 1675 by settlers from Dorchester, Massachusetts, who wanted to establish a new Congregationalist church in a frontier setting. The town soon thrived and several structures and about 40 homes were built. The largest and most striking of these structures is the bell tower of St. George's Anglican Church. The site offers educational programs and events throughout the year and archaeological excavations are ongoing, which visitors can observe. Dorchester is a State Historic Site and listed on the National Register of Historic Places. 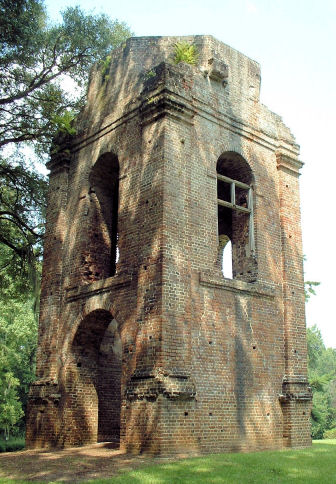 The first people to own the land on which Dorchester would be founded were John and Mary Smith, who were granted 1,800 acres. John passed away in 1862 but Mary wed two other men in the coming years. Eventually the colony acquired the property since Mary and John did not have any children. This situation allowed the settlers to establish Dorchester.

The location was very advantageous: it was situated next to the Ashley River, which was a major traveling and shipping corridor into the colony's interior, and roads here connected to the city of Charleston. As a result, the town eventually became a thriving business hub (interestingly however, despite it being an important hub of economic activity, the population did not grow substantially). The town's decline began in 1756 when most residents fled a possible invasion by the French. The French did not invade but the British built a fort and a powder magazine in 1757, the ruins of which can still be seen today. During the American Revolution, American forces were stationed here but the British captured the fort in 1780. A year later, the British were driven out. Attempts to rebuild the church, which the British burned down, were unsuccessful as was reviving the town, which by then was overshadowed by the town of Summerville. And for a long time, bricks from Dorchester's buildings were used to build other structures. As a result, Dorchester was completely abandoned by 1788.

Days and Hours of Operation : 9am-6pm, daily, during Daylight Saving Time. 9am-5pm, daily, the remainder of the year.