Movie palaces peaked in the 1920s and popular style involved Egyptian architecture, notably due to the discovery of King Tut in 1922, which spurred a strong interest in Egyptian culture and history. Construction of the DeKalb Egyptian Theater, intended to host films and vaudeville shows, began before the 1929 stock market crash, but opened in its wake, forcing some revisions to be made to the construction. More than 100 Egyptian theater's were built in the 1920s and 30s, but DeKalb's is one of only structures that remain. 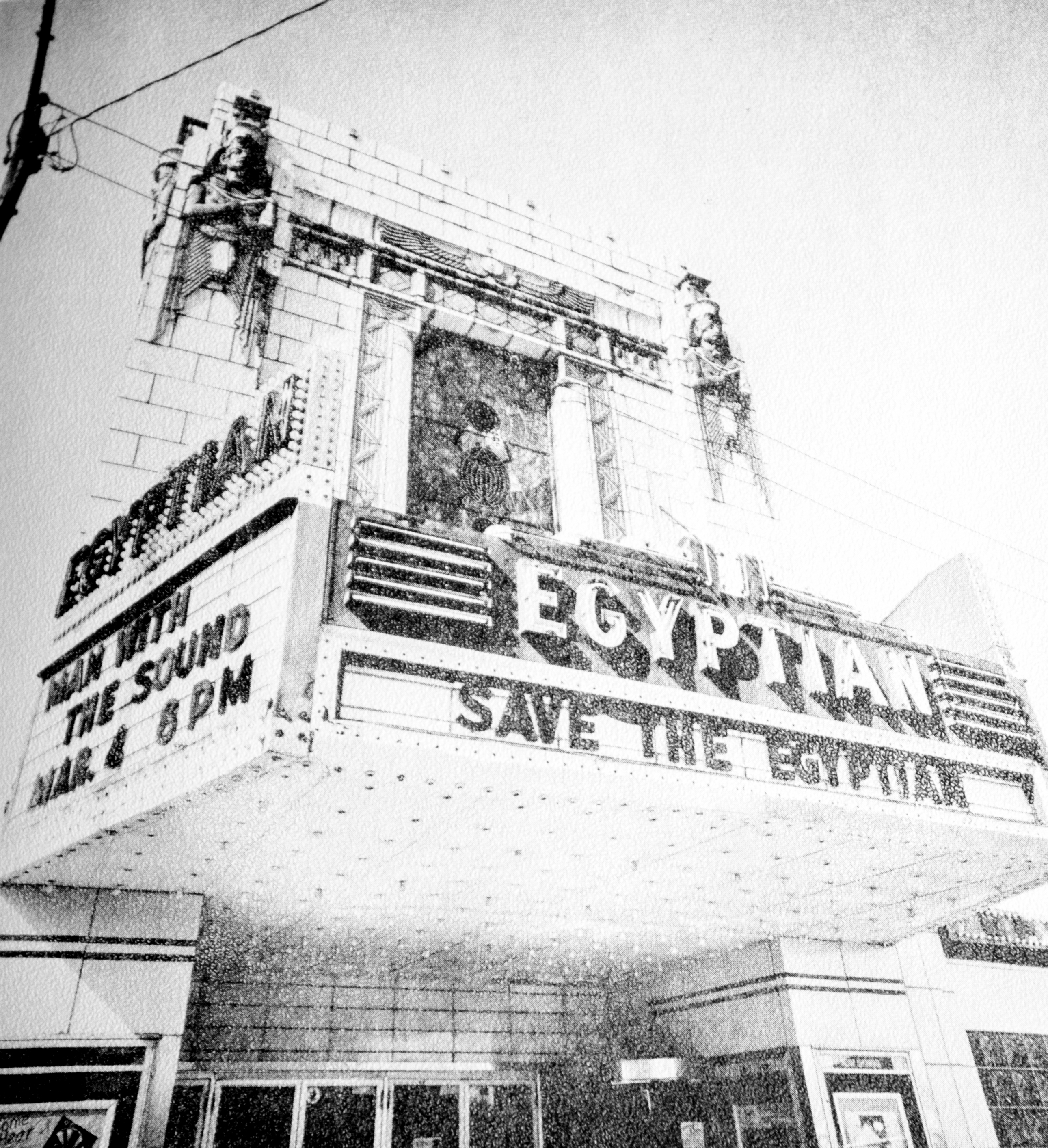 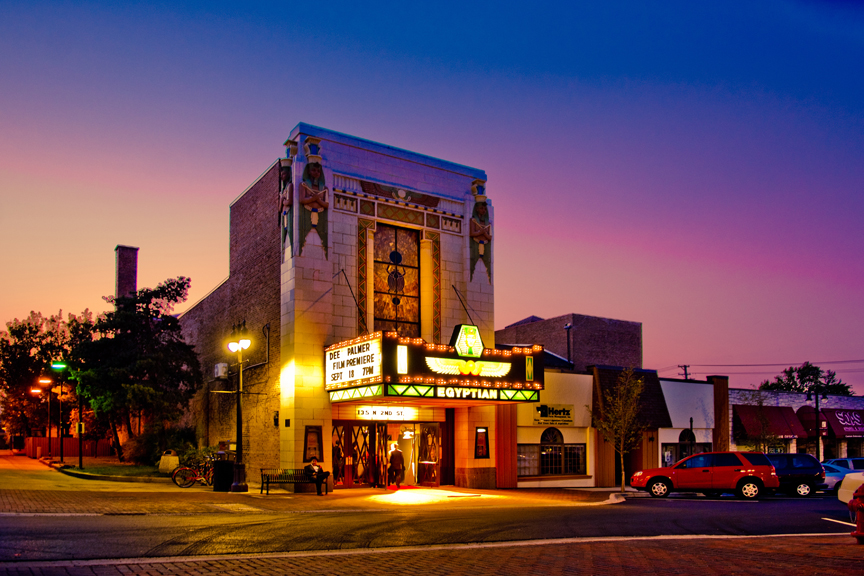 The peak of movie palace culture occurred prior to the Great Depression during the "Roaring Twenties," with annual openings numbering in the hundreds the last half of the 1920s. As motion pictures evolved from nickelodeon's of the early 20th century into more sophisticated productions, the middle class increasingly longed to view films. The maturation of film production coincided with the popularity of vaudeville shows, too. Additionally, the discovery of King Tut's tomb in 1922 fostered a strong interest in Egyptian culture and history, which helped spur the development of more than 100 Egyptian Theaters, including in DeKalb.1

Construction began in spring, 1929 and  it opened on Dec. 10, 1929, two months after the "Crash of '29."  As a result of the Crash, additional buildings, such as a hotel, that was planned to be attached to the theater were unable to be built. The theater itself largely remained true to its original design, however, a broken-tile main lobby floor was installed instead of marble, a necessary compromise given the economic downturn.2

By the 1970s, the building began to deteriorate and multiplexes became popular, thus the building risked being torn down. However, in 1978,  The Egyptian was listed on the National Register of Historic Places. Four years later, the Preservation of the Egyptian Theatre, Inc. (PET) qualified for a $2.3 million grant from the state of Illinois, which allowed for the renovation of the theater. The theatre continues to be home to DeKalb County’s largest movie screen at 35 feet wide and 22 feet tall - it now hosts movies, events, live shows, and serves as a community center. It is currently one of only five remaining and it is the only Egyptian Theatre located east of the Rocky Mountains.4

In addition to special events: Tuesday’s 2pm-6pm Thursday’s 11am-3pm One hour prior to all events. Closed on most major holidays.