Constructed between 1713-1719, St. James Church is one of South Carolina's oldest buildings and one of the few remaining early Georgian churches in the country. Interesting architectural features include a clipped roof, quoins on the building's corners, and arched windows. Inside, above the altar is a decorative piece that has the seal of King George I. During the American Revolution, it is believed that British soldiers, upon entering the church and seeing the seal, decided not to burn the building down. Given its age and architecture, the church was declared a National Historic Landmark in 1970. It was established as an Episcopalian church and still serves an active congregation. 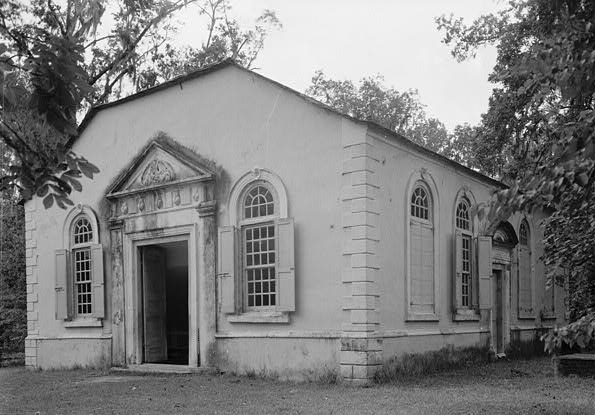