This National Historical Landmark is significant for two primary reasons: it was the home of William-Gilmore Simms, the preeminent writer in the South during the antebellum period, and for the fact that it connects white and Black families whose predecessors lived and worked (many as slaves) on the plantation. These descendants have held reunions here for many decades. Their story was depicted in a documentary "Shared History" produced in 2008 and shown in South Carolina; it can be purchased on DVD (see website below). The film allows viewers to witness the conversations and interactions between whites and Blacks connected by their past. The house seen today is one of a few that have been located on the plantation. 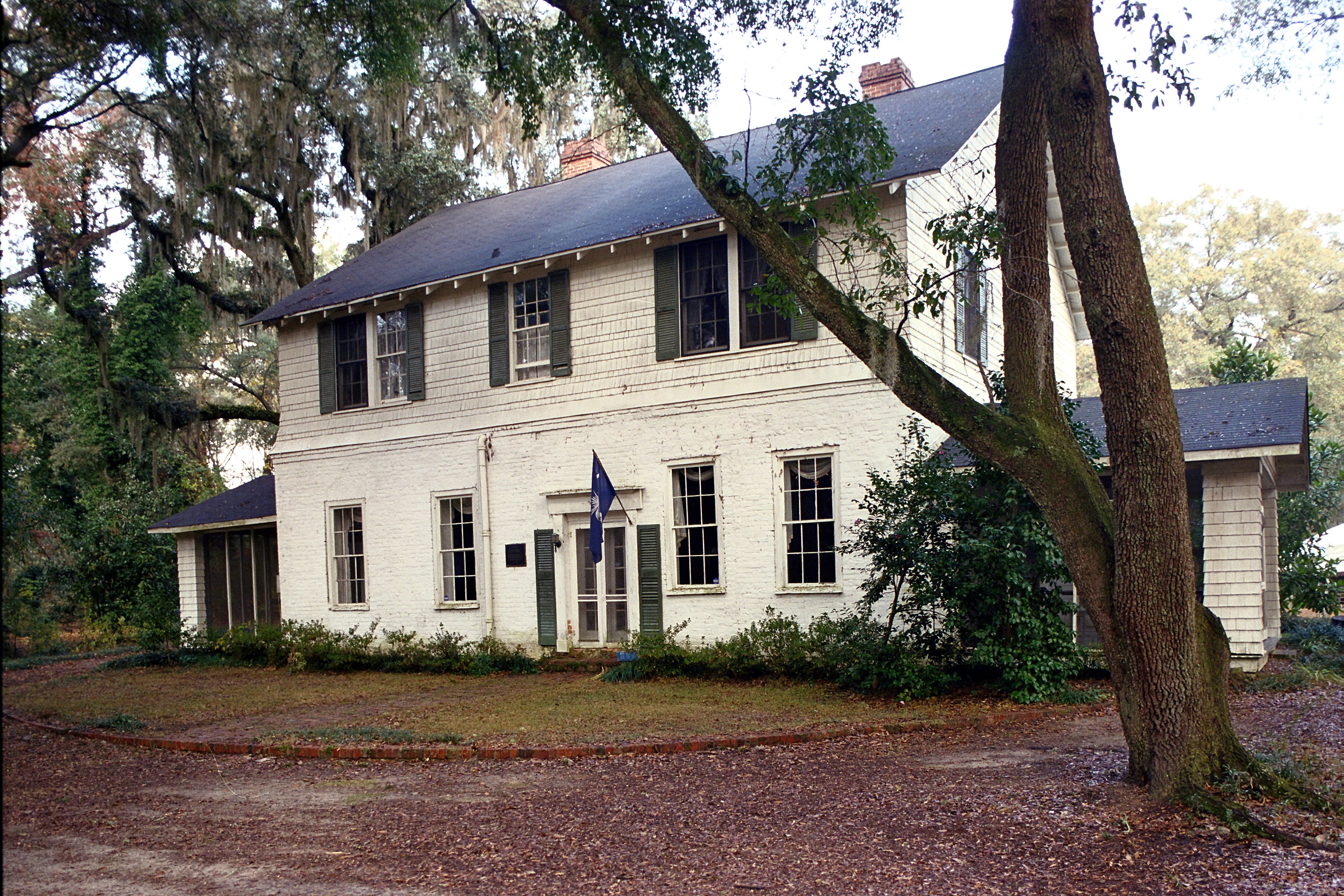 Simms first arrived on the property in 1837. It was actually his father-in-law, Nash Roach, who first owned the property, which he had begun to purchase in 1821. Hist interest in storytelling was sparked as a young child when he heard his grandmother tell stories of the American Revolution. At 16 he started to write poetry. Eventually, he published his own magazine and became editor of Charleston's City Gazette. Tragically, in 1832 his first wife, grandmother and father died and decided to travel to the North where he met other writers and continued to write poems and short stories. He returned to South Carolina in 1835 and married Roach's daughter. Perhaps his two best known works are "Eutaw" and "The Yemassee." He was talented at creating realistic characters, giving an accurate description of the Revolutionary War in the state, and depicting the expansion of the frontier.

Fires destroyed the houses on the plantation on two occasions. The first occurred in 1862 and another in 1865 (the latter one is believed to have been caused by General Sherman's troops but there is speculation that one of the slaves on the plantation set the fire). The house was partially rebuilt after the war and Simms lived in it until his death in 1870. A second story was added in 1893 but a hurricane blew it off. It wasn't until 1925 that another second story was added (this version of the house remains today). Descendants of the Simms family lived at the house at various times and descendants of slaves worked and lived in some of the tenant houses on the property. Many descendants still live in Bamberg.