During the late nineteenth century, a Cuban community flourished near the downtown area of Ocala, Florida. Known as "Marti City", the community was made up of skilled cigar factory workers who worked in several cigar factories adjacent to the area. These factories played a large part in the economy of Marion County during the 1890s. But as the cigar industry changed in the later part of the decade many of the factories closed, and the Cuban community dispersed. 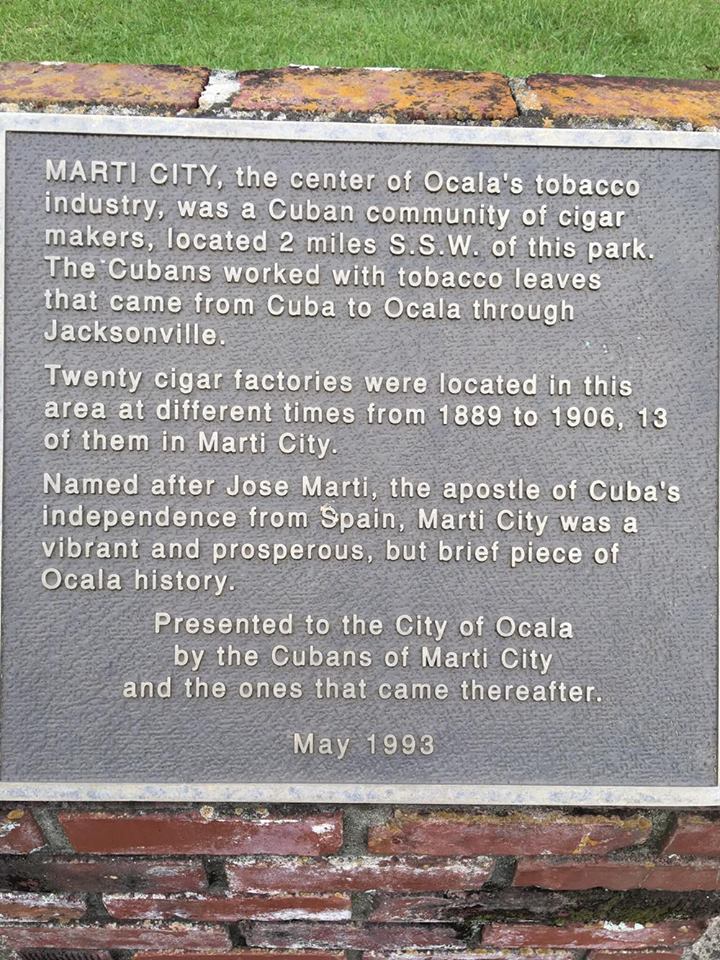 Marion County was a prosperous area for agriculture in the late nineteenth century. Several rail lines connected to the area and local industry was proficient at shipping goods in this manner. Cigar factories flourished in Cuba and South Florida, but these areas were out of reach of rail lines. Taking advantage of this situation, several Ocala businessmen sought to corner the market by investing in cigar factories in the agriculture-rich Ocala area and using the pre-existing rail lines to ship their products.1 As Cuban people had a tradition of cigar making, Cubans were recruited to staff the factories and Cubans began to immigrate to the area in large numbers.2 Eventually, Marti City was home to more than twenty cigar factories.3

Soon after the community's first elections, the global cigar trade began to change. Although Marti City was successfully able to access markets by rail across the US, other distributors were even more successful.1 By 1896, most of the cigar factories had closed and most of the Cubans had left. By World War 2, most of the Marti City structures were gone, and today only one house and one store building remain from the time period.3 Yet, although its time was brief, Marti City's impact on the area was an important one. Not only were the cigar factories in Marti City one of the area's first attempts at industrialization, they represent an early interaction between the Marion County area and the greater world of international trade, politics, and culture.