The Pittsburgh Zoo & PPG Aquarium hosts exhibits and educational, cultural, and conservation programs. The zoo serves “to make certain the Earth remains a suitable home for all life by our discovery of the interconnectedness of the natural world” (“About”). A fun, family experience, the zoo and aquarium welcomes children, families, and teens to engage in the multitude of educational programs, including zoo camp, field trips, outreach programs, college learning adventures, safari scholars (for homeschooled children), scout groups, teacher workshops/resources, overnight stays for families/scouts, wildlife academy (educational classes), and teen programs (classes, volunteer programs, and research opportunities).

Elephants with a giraffe in the background at the zoo's African Savanna exhibit. 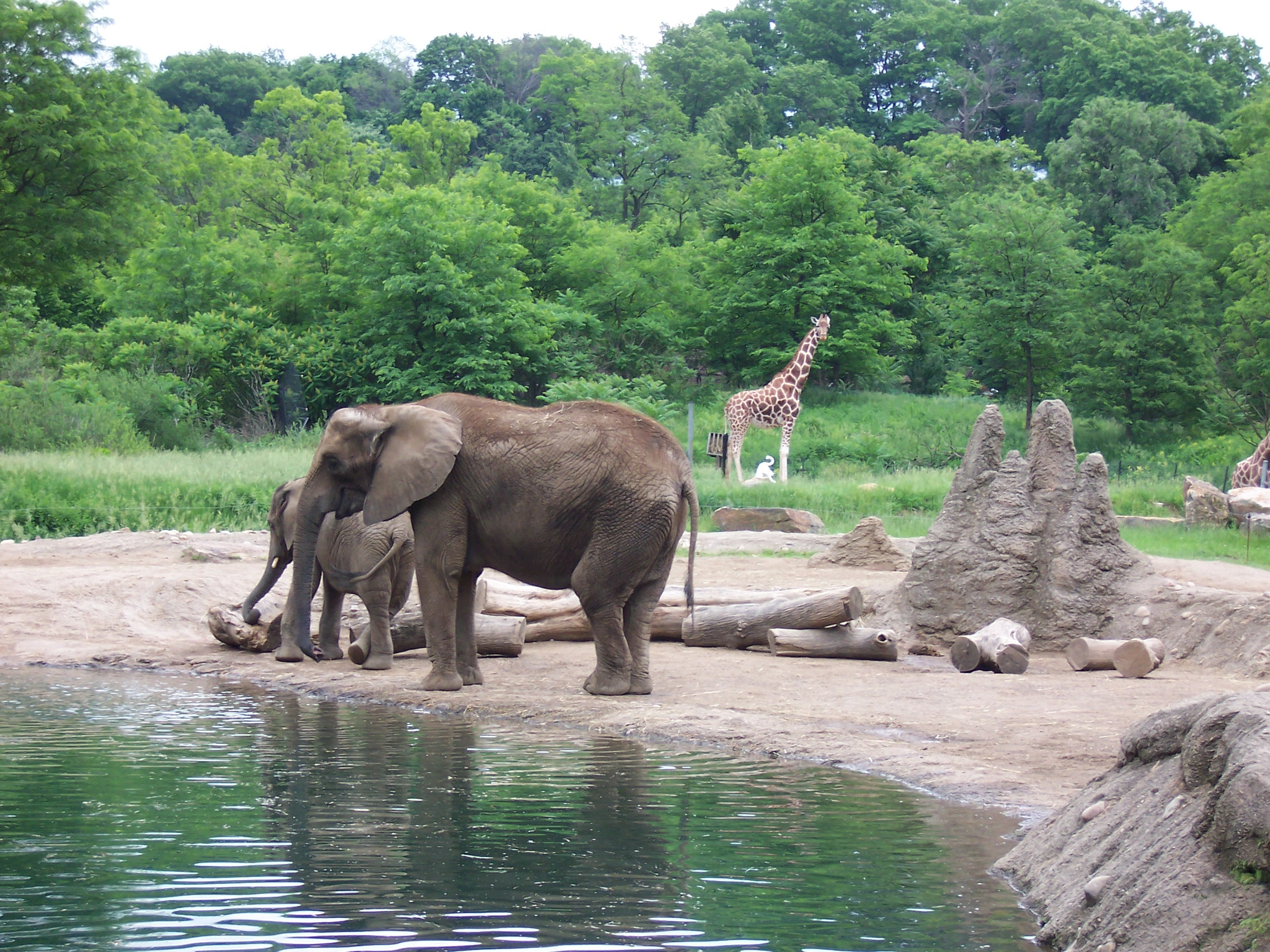 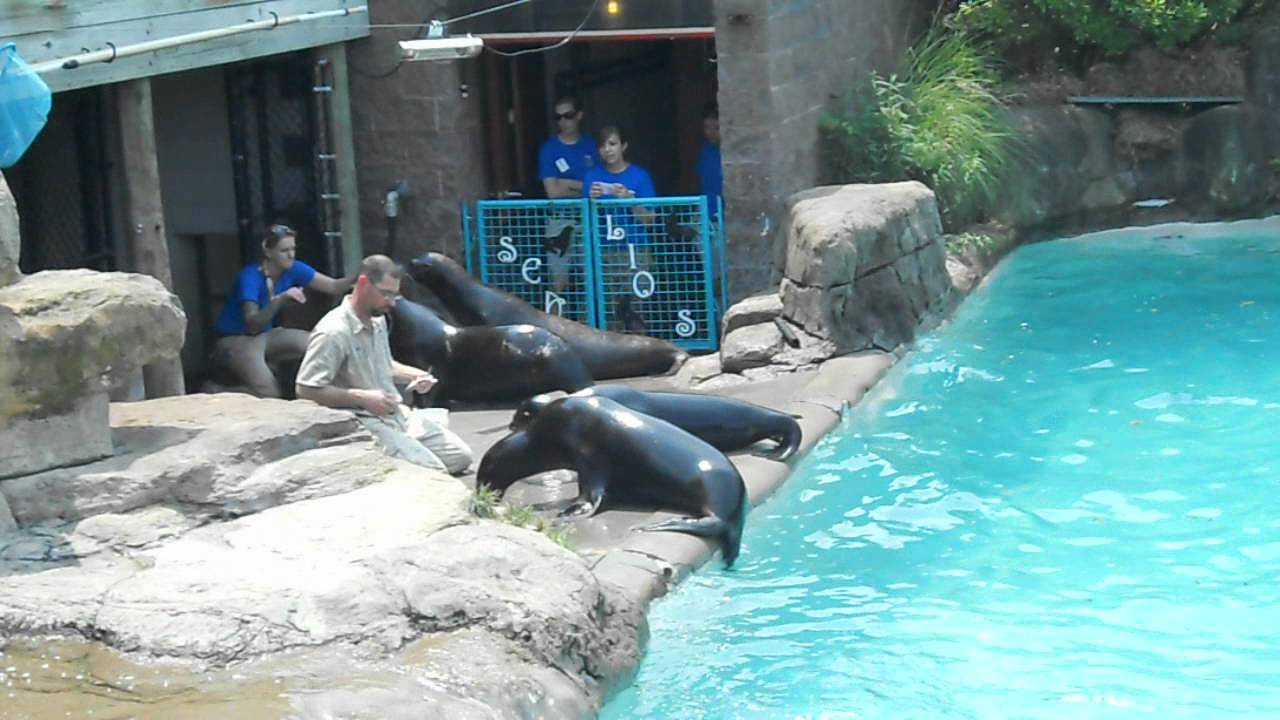 A polar bear standing on its head above zoo patrons. 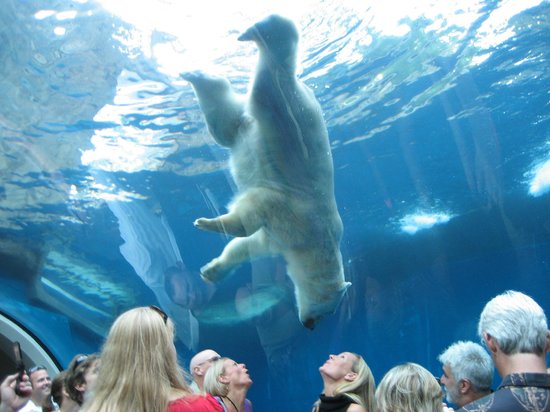 Inside the PPG Aquarium. 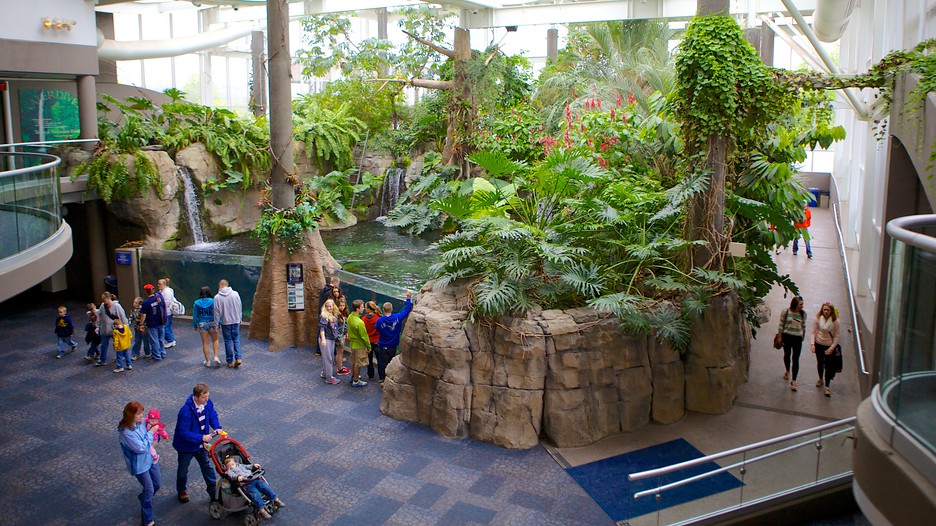 The Pittsburgh Zoo opened on June 14, 1898 after a generous $12,500 donation by Christopher Lyman Magee for a zoo in Highland Park. After initially only having a few animals and plants, the zoo quickly began to expand after the 1930s.  In 1937, the zoo welcomed an outdoor bear exhibit and a Children’s zoo, featuring interactive exhibits, in 1949.  At the time, the only public aquarium in Pennsylvania and the 2nd largest in the United States, the Aqua Zoo opened in 1967.

In the 1980s and 1990s, the zoo underwent several more, expansive renovations that created more naturalistic habitats. The Asian Forest was introduced in 1983 and the African Savanna, featuring 7 African landscape exhibits, opened in 1987. In 1991, the Tropical Forest, a 5-acre indoor rainforest, became home to 16 animal species and over 100 plant species; the Children’s Zoo was renovated into the Children’s Farm and featured domestic animals and animal care demonstrations.

The Pittsburgh Zoo became privately owned in 1994 by the Zoological Society of Pittsburgh, who built an educational complex that featured 5 classrooms, a library, and a lecture hall.  In 1995, the kid’s zoo was renamed Kid’s Kingdom and the Discovery Pavilion opened in 1997. In 2000, a 17.4 billion aquarium was built and the educational complex was expanded to include a 2nd story, more classrooms, teacher resources, and an animal holding area.

Potter, Chris.  "When and How Did the Highland Park Zoo Get its Start?"  Pittsburgh City Paper.  March 29, 2007.  Accessed November 3, 2016.  http://www.pghcitypaper.com/pittsburgh/when-and-how-did-the-highland-park-zoo-get-its-start/Content?...