The Zalud House, built in 1891, was occupied by members of the Zalud family until it was donated to the City of Porterville in 1970. It is one of the few houses in the nation that is completely furnished with the family’s heirlooms and possessions, from the couches to the paintings. It provides a unique glance into the past, displaying the wealth of the Zalud family, who owned a successful saloon and card room in early downtown Porterville, CA. The Zalud House was converted to a house museum in 1977, managed by the City of Porterville. 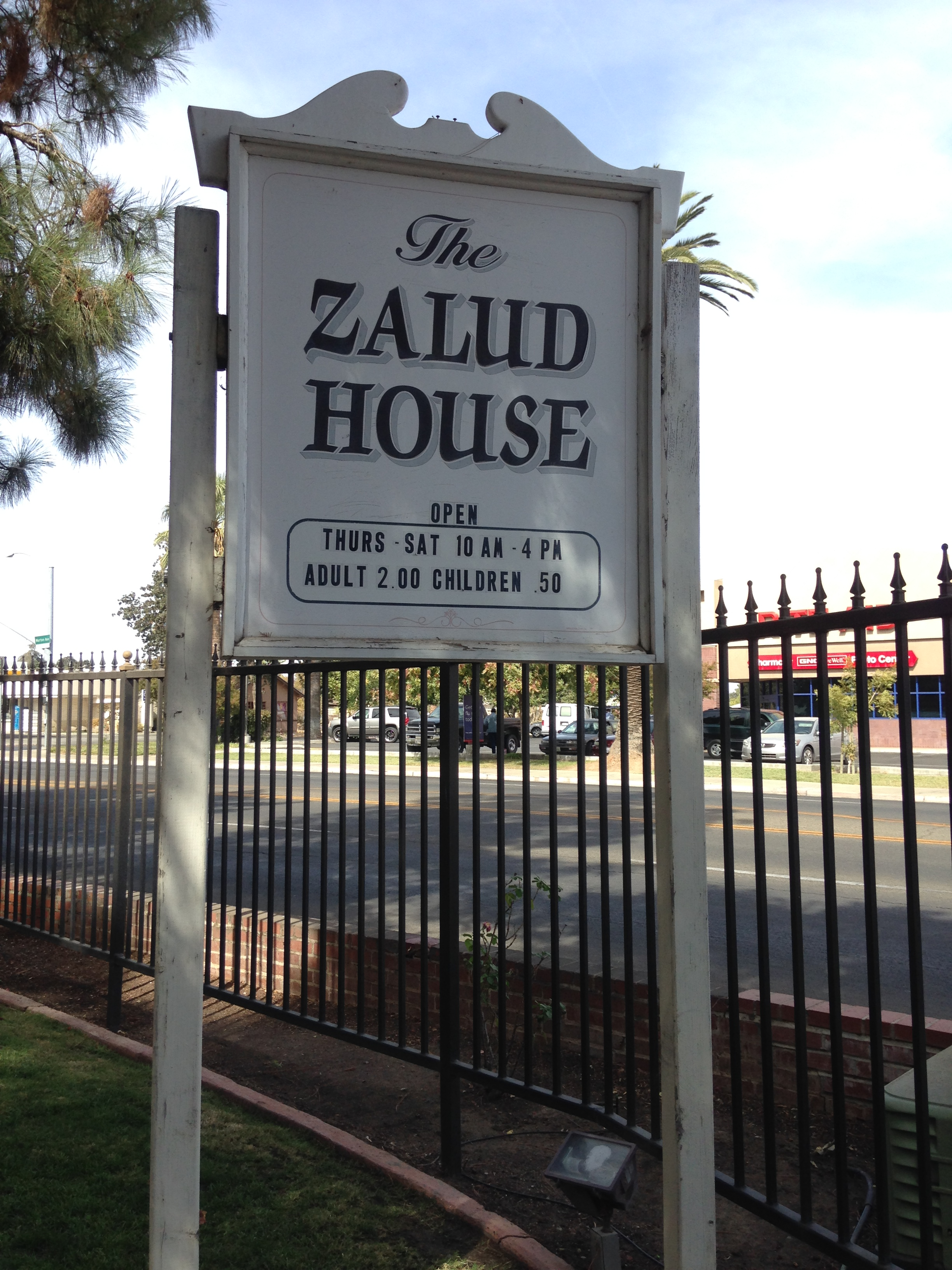 A tapestry done by Mary Zalud, the matriarch of the family. 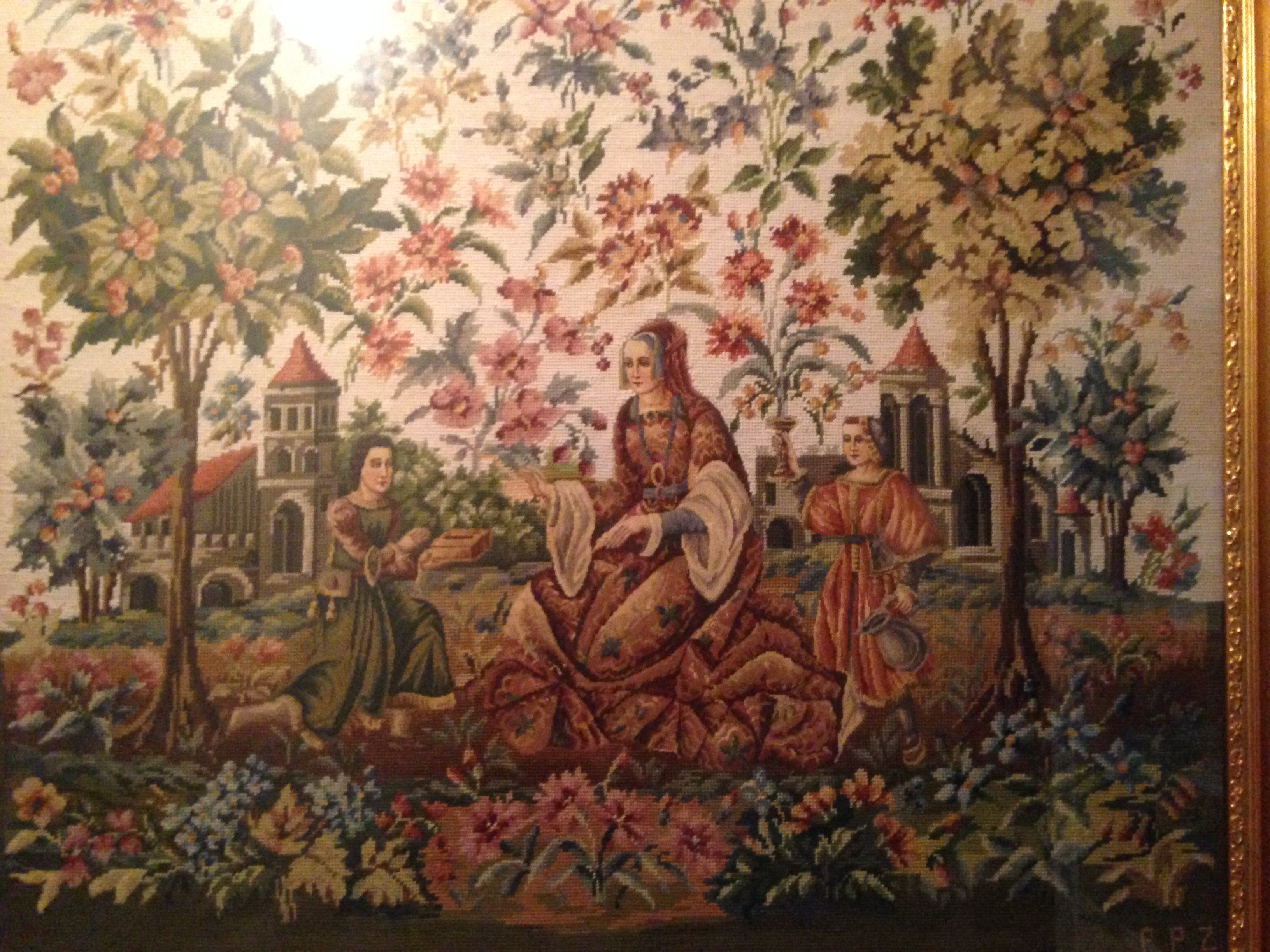 A painting done by Anne Zalud of the Zalud House. 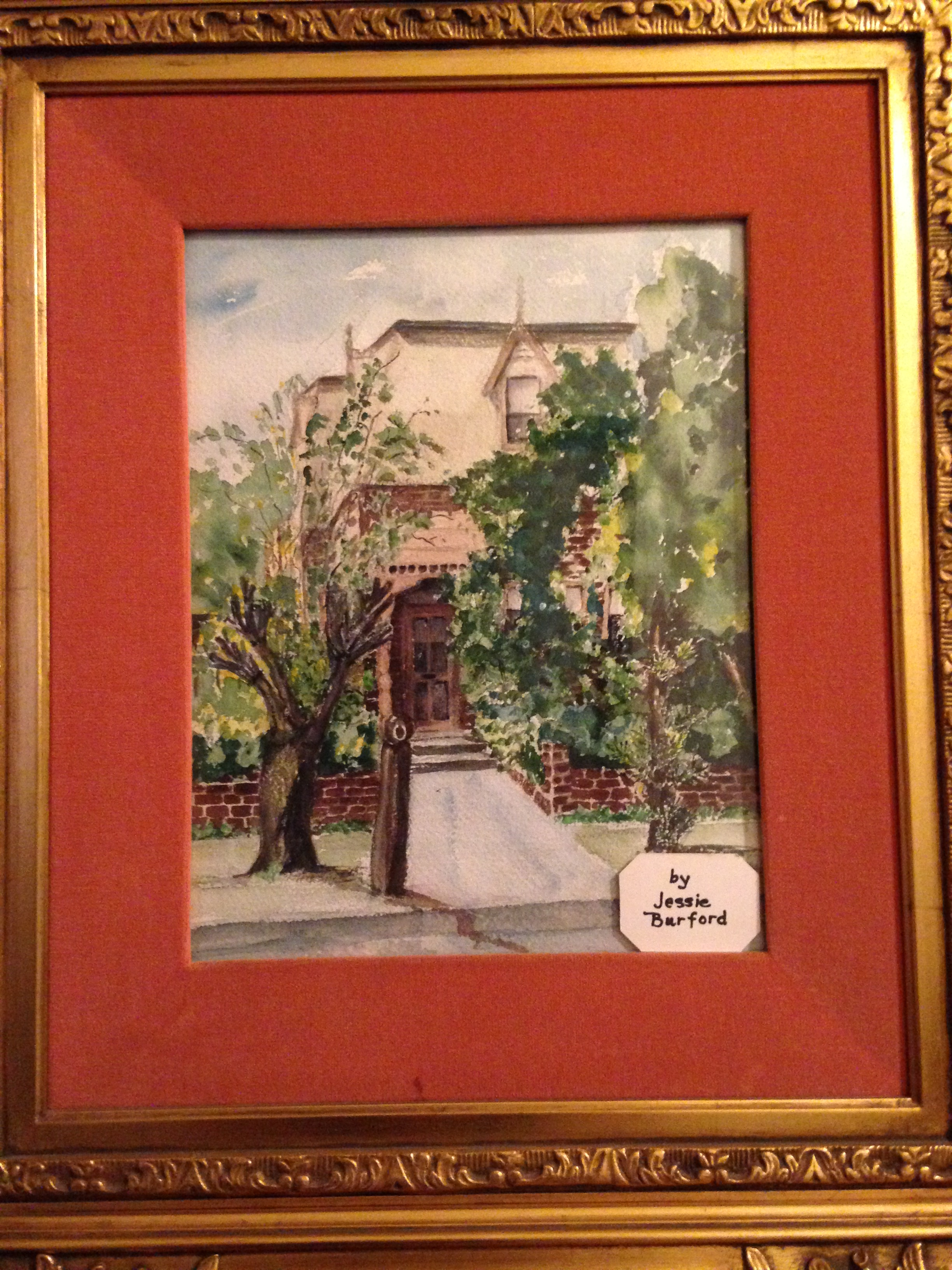 An embroidered decoration for a table made by Mary Zalud. 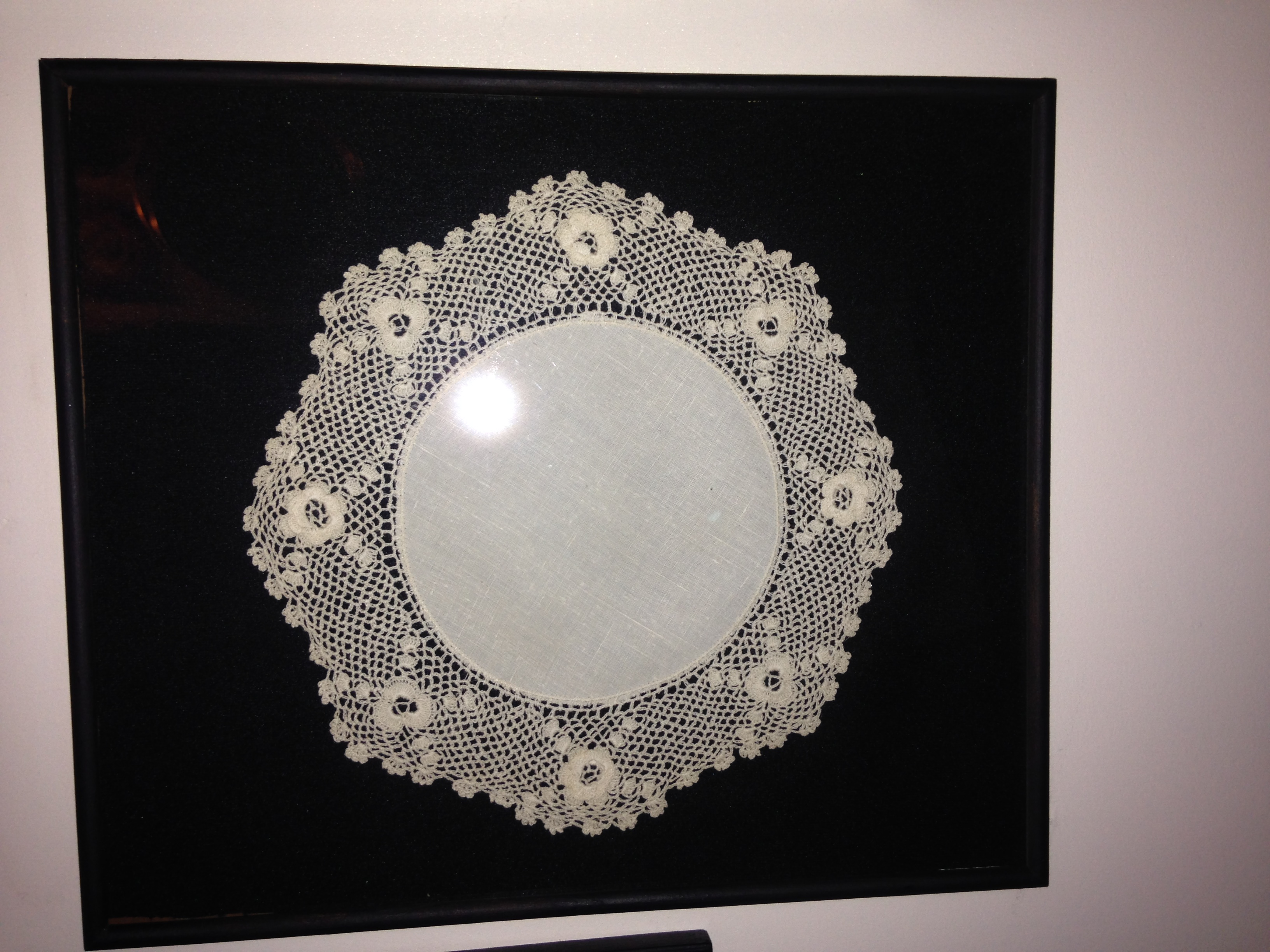 The façade of the Zalud House Museum, a Second Empire style home built in 1890. 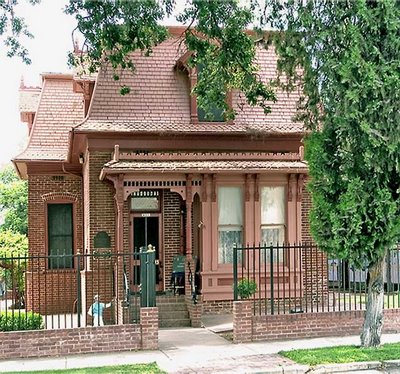 The Zaluds' son-in-law, William Brooks, was murdered in this chair by a Mrs. Juliette Howe in 1917. The chair, featuring bullet holes from the shooting, is on display in the house. 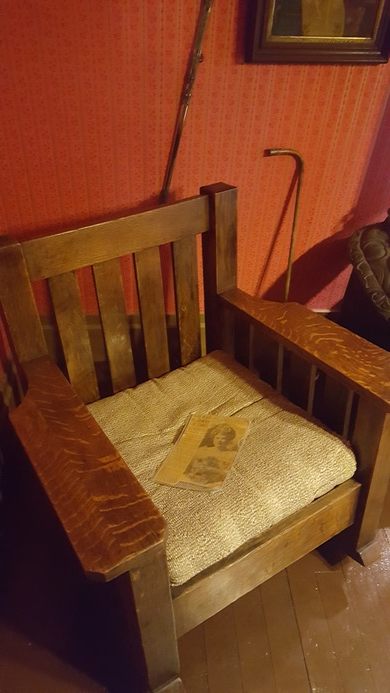 In a short tour of the Zalud House, one can see, smell, and experience the history of how people lived in Porterville, California, during an era before electricity and cars. It was built in 1891 by Porterville businessman John Zalud and his wife, Mary Jane, and everything on display--the pictures, furniture, drapes, carpets, clothing, and other belongings--belonged to the Zalud family. The house was built in the distinctive Second Empire Style, designed by architects Hugh and John Templeton. It has not been remodeled, which makes it a uniquely original structure to view. Many of the paintings on display were painted by the oldest daughter, Anna. These paintings are still displayed in the same places where the family first hung them.

John Zalud and his wife Mary Jane Herdlica were both born in Bohemia, now part of the Czech Republic in Central Europe. Their families immigrated to the United States when they were children. They met and married in 1875 in San Francisco and later had three children: Anna Celia Zalud, Edward George Zalud, and Pearle Priscilla Zalud. They lived in Tulare for a time but relocated to Porterville in 1888. John opened a saloon in downtown Porterville, approximately 0.2-0.3 miles away from the family's home. With the railroad's expansion, more and more outsiders were welcomed to town, making the saloon, and its card room in the back, a desirable destination for travelers and workers. The family business was prosperous and brought wealth to the family, both in money and land won in card games. Mary Jane died in 1912 of tuberculosis, John in 1944.

Over the years, the house remained in the family, used as a vacation home for a time in the fall and spring seasons, and finally as the primary home for Pearle and Anna in their later years. In her will, Anna Zalud donated the family home and fifteen acres of the family's lands to the City of Porterville. The city kept the family home ingratitude of the family's donation and conserved it to display the history of the town. The city also created Zalud Park on what was once part of the Zalud property, about 0.6 miles away from the home. The Zalud family's donations allow people to relive the town's vivid history.

The Zalud House museum has become very important to the Porterville community. The museum itself is an extraordinary window to life in the late 1800s. Many of the family's heirlooms still are displayed in the museum and are changed with the seasons. It provides the community with a look at how one of the wealthiest families in town lived in the late 1800s. The Zalud house is also filled with pictures of the lands, businesses, and life in Porterville, providing historical context for the house. It is a historical landmark that allows people to have a personal view of the clothing, art, furniture, architecture, and everyday life of a California family in the 1890s.