Lockport, located southwest of Chicago, was developed in 1837 by the Illinois and Michigan Canal commissioners. The canal connected the south branch of the Chicago River near Lake Michigan to the Illinois River, effectively connecting New York to New Orleans through Chicago and the Mississippi River. While building the town's Main Street, which ran parallel to the canal, an office was constructed and became headquarters for administration of the waterway. 1876, a residence and bank vault was added for the Canal Superintendent and record keeping. That Will Country Museum now resides in that building.

Building the Canal (Photo Credit: Will Country Museum, via Facebook) 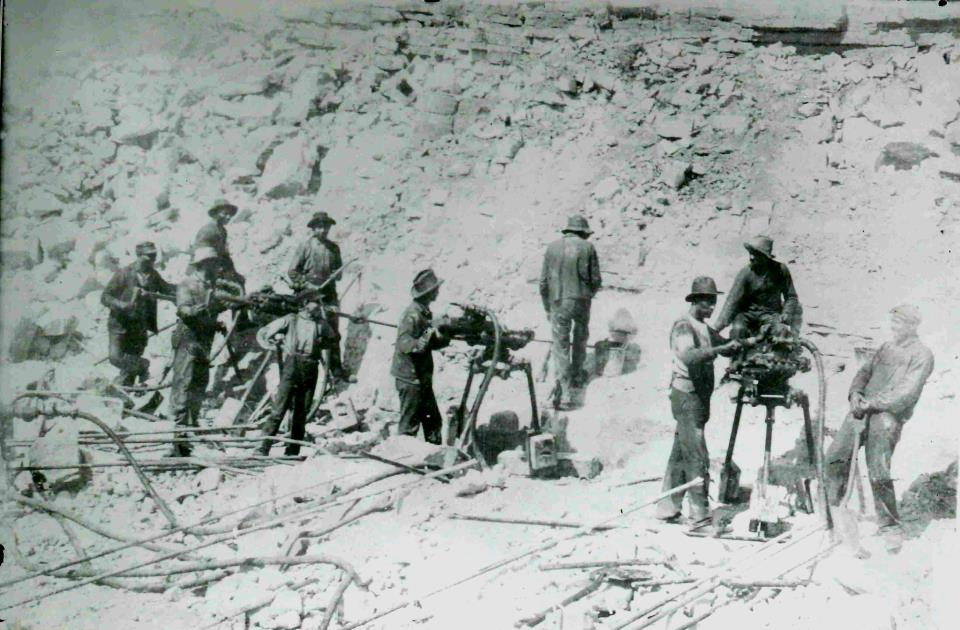 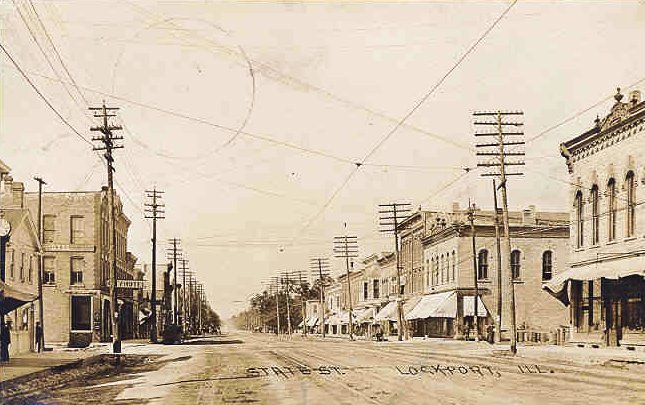 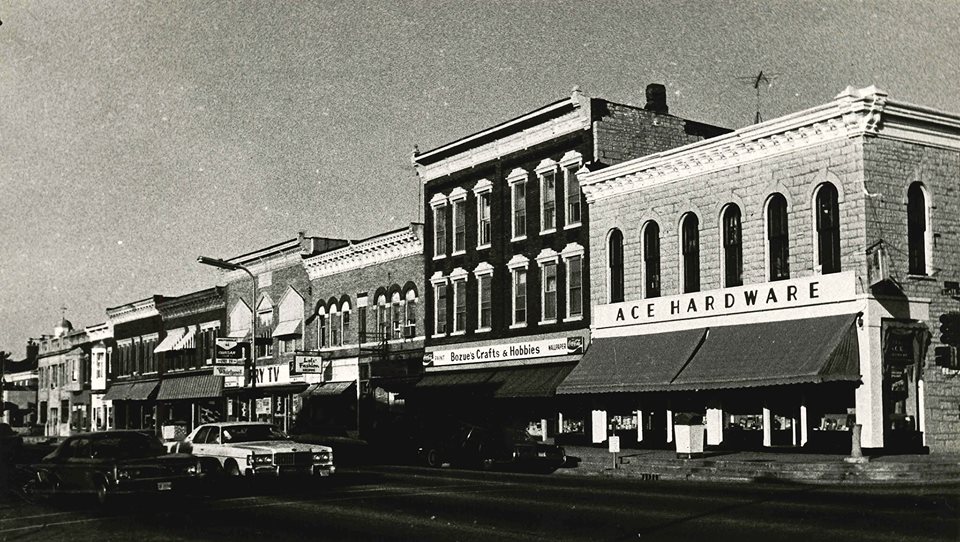 Downtown today - via the City of Lockport (http://www.cityoflockport.net/) 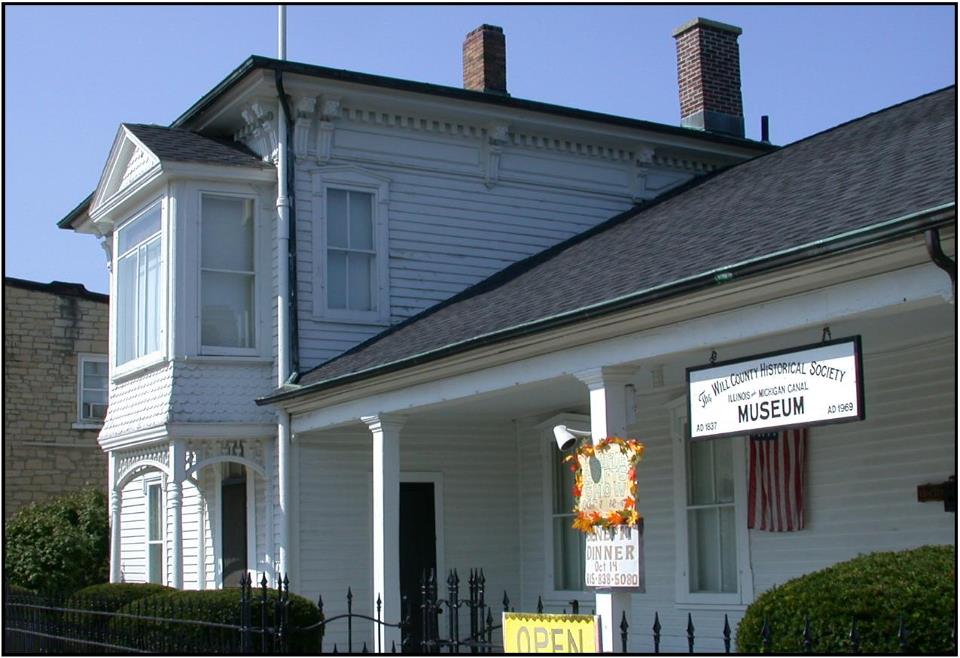 The Will Country museum exists in one building of many that make up the Lockport Historic District, all of which is registered with the National Register for Historic Places. The town exists as a living symbol of a society that turned rivers into machines - for power and navigation. The lure of Chicago's river network, and its ability to connected New York to New Orleans created speculation fever; it build canal towns like Lockport while also changing Chicago from a Native American swampland into a booming metropolis.

The development of the Illinois and Michigan Canal (I&M) and Lockport occurred simultaneously in 1836.  As of 1838, the town of Lockport served as the canal's headquarters. Its mainstreet uniquely lies parallel to the canal, and one can easily traverse the area's main street and get a glimpse into how the town looked in the 1830s; many of the original buildings remain and include the date on its facade. The main street buildings were largely used for commercial purposes during the 19th century.1

The choice to invest in Chicago, the I&M, and towns such as Lockport point to the broader American history that looked to rivers as navigable highways suitable for trade, Indeed, the Erie Canal -- completed in 1825 -- connected  Albany to Buffalo and cemented New York City's position as North America's principal seaport, along with New Orleans. Investors and speculators effectively chose Chicago as best real estate with which to invest, thus making Chicago the conduit between the Atlantic and the Gulf of Mexico, as well as U.S. cities connected to the Mississippi River.2

Those investments and speculators help Chicago grown immensely, notably once a few wealthy men decided to make Chicago a railway hub, too. In the meantime, places like Lockport flourished with the development of the Canal, as money from outside cities poured in to make the canal a burgeoning financial operation. In fact, the town enjoyed the nickname "Yankee Settlement," which spoke to the origin of the money and people that created Lockport -- New England Yankees.3

Once Chicago and Lockport, and the Canal, became economically viable, immigrants arrived, notably German farmers and merchants.  As well, Scandinavians and a small number of African Americans worked on the Canal. while Italians -- generally Northern Italians -- worked in nearby factories.4
The Canal did well until 1895, when construction of the new Sanitary and Ship Canal hurt the I & M economically, and then in 1911 the development of Calumet-Sag Channel north of Lockport not only added to the competition, but impeded the water flow to the I & M near Lockport, thus power was hard obtain; the remaining mills closed.5

The current museum not only details much of the canal's history, but enjoys displays dedicated to the Civil War (and various other wars), an old doctor's office, and an original Edward Worst loom who "was a pioneer in the arts and crafts movement, as well as an educator. This loom, in addition to spinning wheels, knitting machines, and a smaller table top loom, are on display." In addition to the museum location, the historical society also maintains the Heritage Village comprised of a schoolhouse, the Symerton (railway) Depot, the Greenho farmhouse and the Mokena jail, and various other small buildings; it is located six blocks north at 249 West 2nd Street, Lockport, IL 60441. 6

Open Mid February – Mid November Wednesday – Sunday | 12pm – 4pm Tous and off-hour arrangements can be made by calling the office.