The Maribel Caves Hotel, also known as the Cherney Hotel, is where, according to an original hotel brochure, one could immerse themselves in “fine bathing, boating, and fishing.”The building, with what is left, stands partially intact following the tornado that ripped through the area in 2013. Currently, there is no planned use for the building. 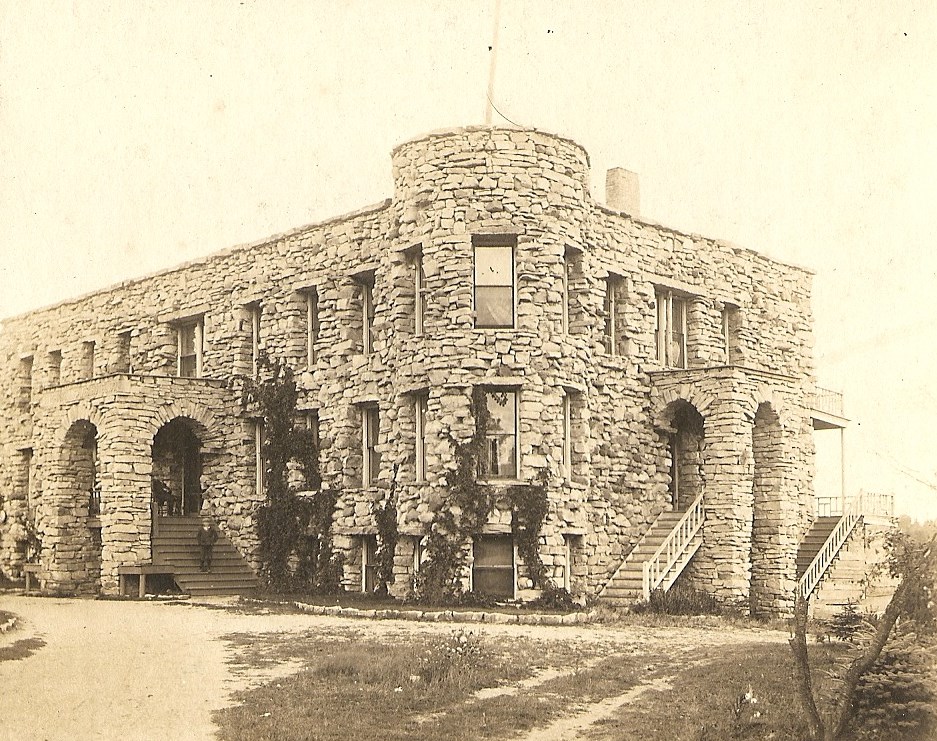 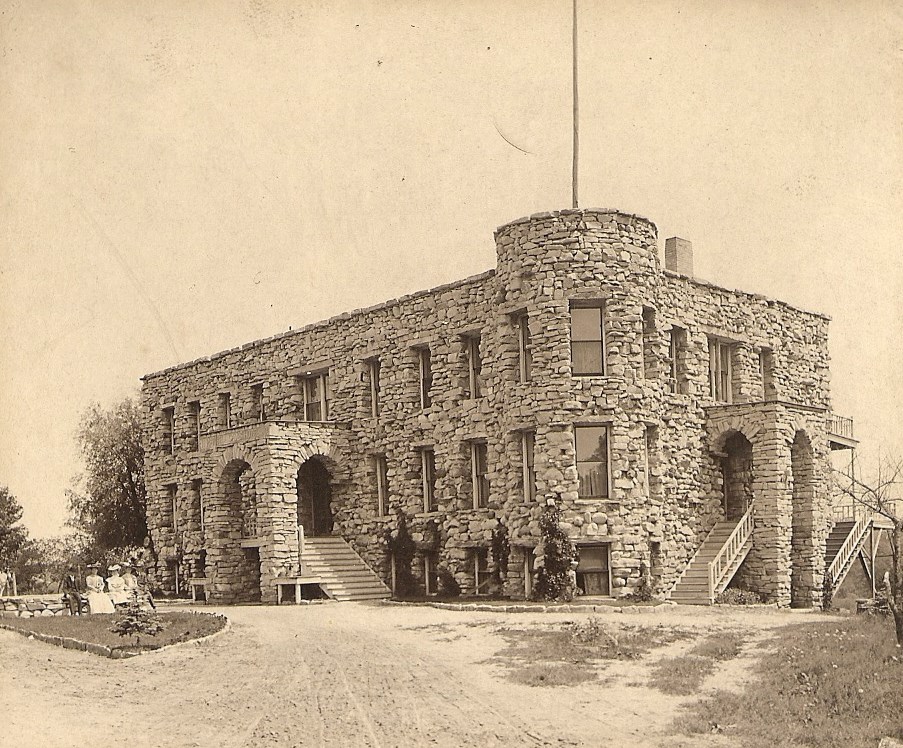 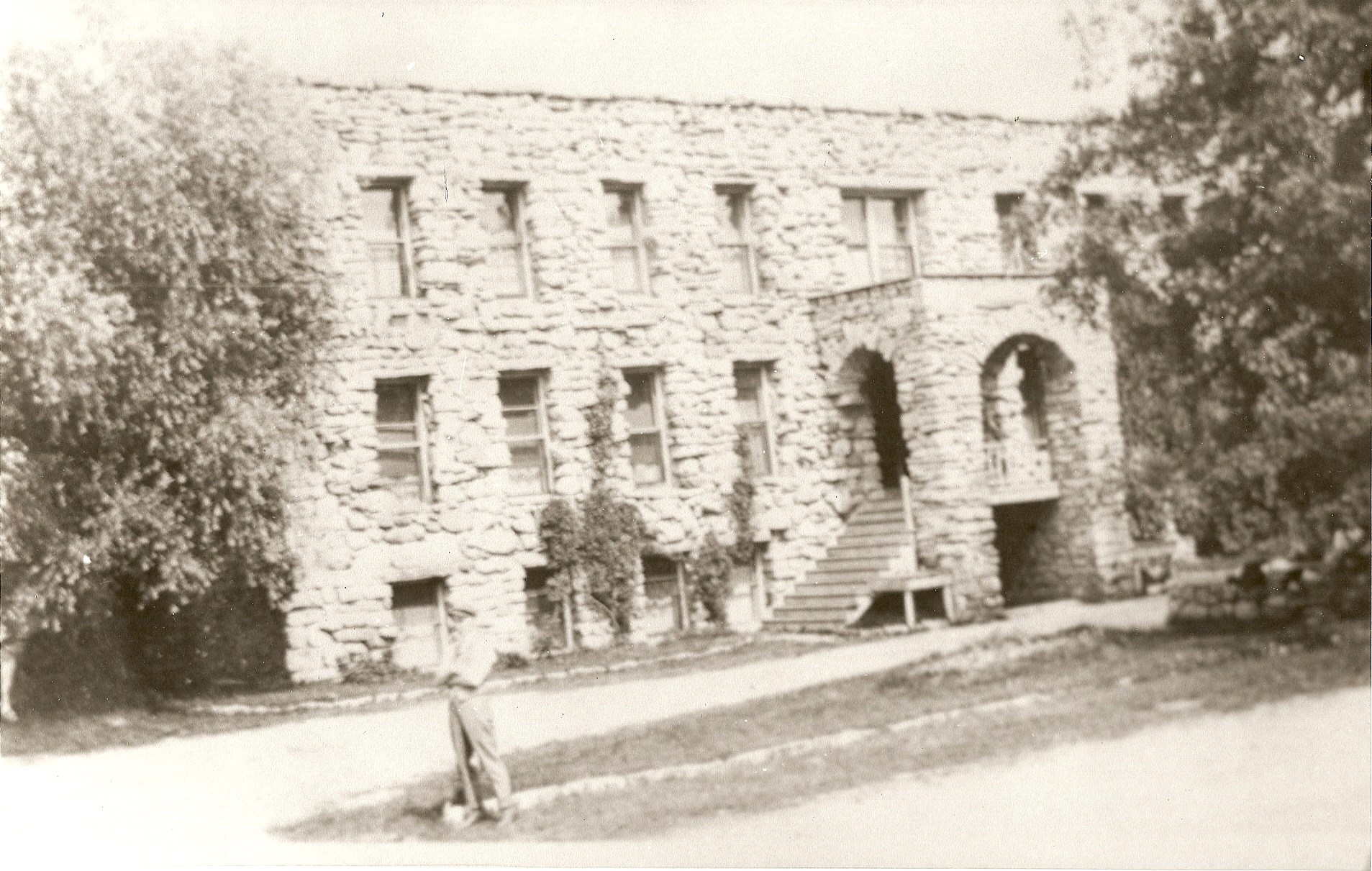 Located on County R, the hotel was was built by Austrian immigrant Charles Steinbrecker in 1900 and was originally named after the nearby Maribel limestone caves. Replicating many buildings from the Old World, the inn shared attributes of Europe’s medieval castles with a rounded tower in the southwest corner, an arching facade and walls gilded with gorgeous limestone from one of Steinbrecher’s lime kilns.

Like many inns in Germany and Austria with a natural spring on the property, the hotel operated as a therapeutic spa where the “tired and worn may be invigorated.” The natural spring water was pumped into the hotel so its guests could both bathe in and drink this natural remedy. After the railroad was built through Maribel, the inn became a hotspot for leisure and restoration from the rigorous life of the busy American.

Not only did the guests of the inn enjoy the “medicinal” uses of the mineral water, but a bottling plant was built next to the hotel. The water was bottled and also made into soda water and shipped to restaurants and fine hotels in Milwaukee and Chicago. However, beginning in 1915, the company began to go under, and the hotel was leased, and in 1931, the hotel was purchased by Adolph Cherney.

The building would later reopen in 1981, when it was purchased by Jeff Miller. Unfortunately in 1985, the historic structure was engulfed by fire and a new era of tales was to be created. With an abandoned European castle-like building towering over the landscape like a sleeping mammoth, there have naturally been reports that the Maribel Caves Hotel site is haunted.

Not only is the inn known for its ghost stories, it is known to have been frequented by gangsters. When prohibition was introduced and the 18th Amendment was passed in 1920, many people of the United States still wanted to enjoy beer and spirits. With that came the notorious bootleggers and organized crime running the show. According to reports, John Dillinger allegedly frequented the hotel as a stopover on his way to Eagle River. It is also said that the notorious Al Capone was known to visit the hotel.