Temple Sinai was built in 1912, replacing a wooden structure constructed around 1900. It belongs to the Congregation Sinai, whose official name is the Sumter Society of Israelites. The synagogue was designed in the Moorish Revival style. The congregation is still active and is a vital part of Sumter's Jewish community. The temple was added to the National Register of Historic Places in 1999.

Temple Sinai was constructed in 1912. 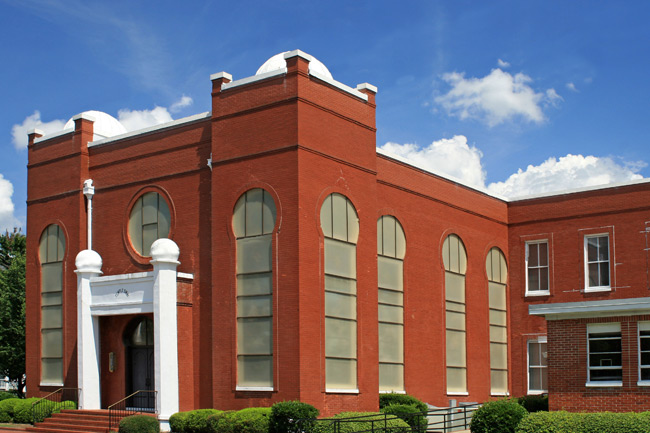 Sumter had one of the larger Jewish populations in 1800 and by the end of that century, there were two main congregations: the Hebrew Benevolent Society and the Hebrew Cemetery Society. They decided to merge in 1895 to form the Sumter Society of Israelites and sometime after bought the land for the wooden synagogue. Visiting rabbis presided over worship until 1904, when a rabbi finally moved to Sumter. Additions were built in 1932 and 1956.