Spanish Mount Point is an archaeological site dating back to 2,000 B.C. Over time, the native Edisto people threw away clam and oyster shells here forming what today is called a midden. It is located in the Edisto State Beach Park and is accessible via a boardwalk built in front of it. The park offers many activities such as hiking and various programs in the Environmental Learning Center and Interpretive Center. The park was established in 1935 on land donated by the Edisto Company. Workers of the Civilian Conservation Corps built the park's trail system and buildings, some of which still stand today. Spanish Mount Point was added to the National Register of Historic Places in 1974. 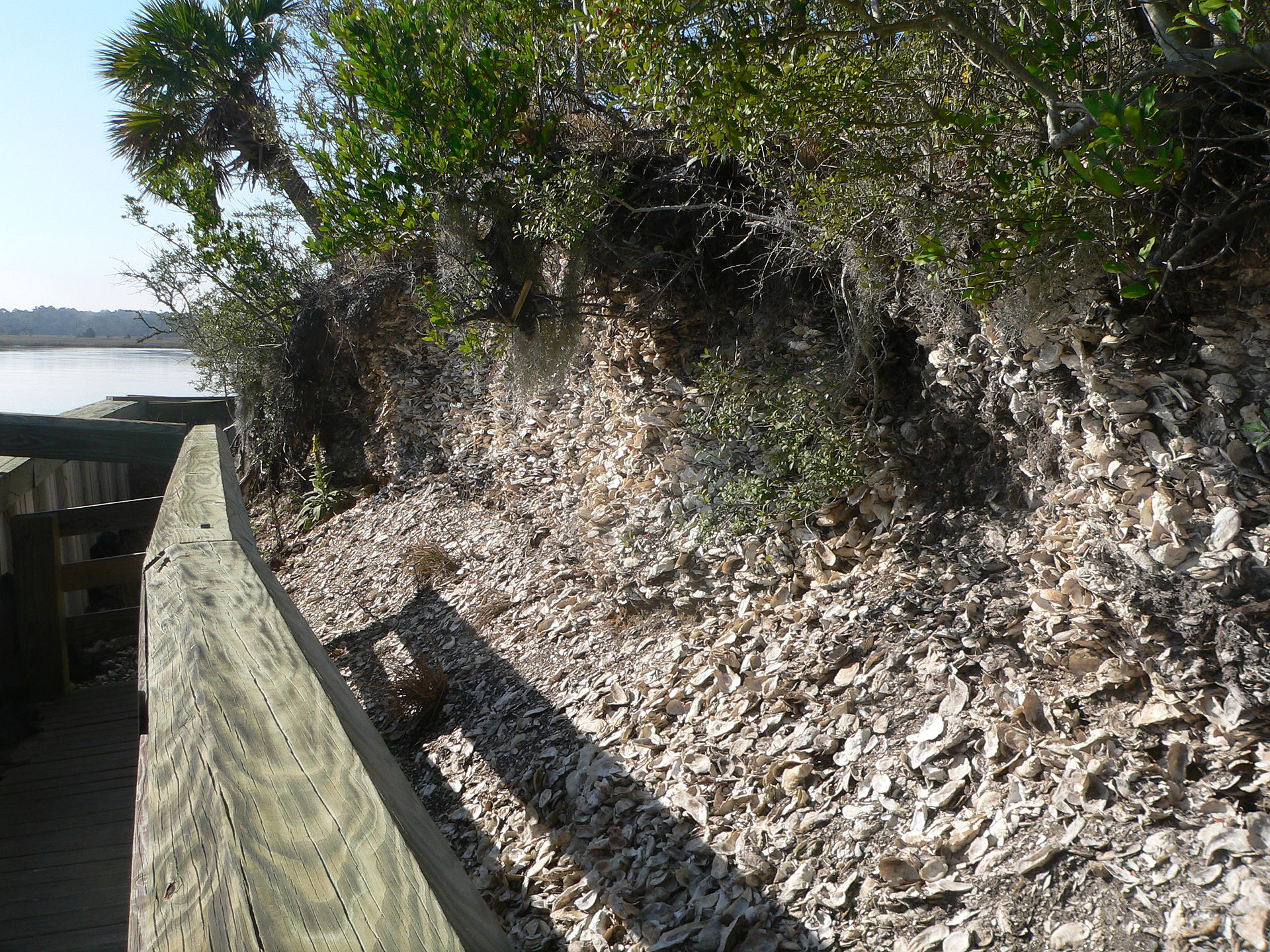