Designed in the Greek Revival style, the Colleton County Courthouse was built in 1820 and its wings were added in 1939. It was designed by noted architect Robert Mills, who also designed a number of government buildigns and monuments, the most famous of these being the Washington Monument. The courthouse's prominent features are the Tuscan columnns and the curved staircases with ironwork handrails. The building isn't only significant for its architecture; it holds national importance as well. Two meetings were here in 1828 (in June and October) to discuss the issue of South Carolina's nullification of the Tariff of 1828, which imposed taxes on imported goods to protect industry in the North. Since southern states were mostly dependent on agriculture, the tariffs were detrimental to southerners, who were forced to pay more for these taxed goods they could not produce. At the meeting in 1828, State Representative Robert Rhett, a skilled orator, gave a speech urging Governor John Taylor to declare the Tariff "null and void" since. 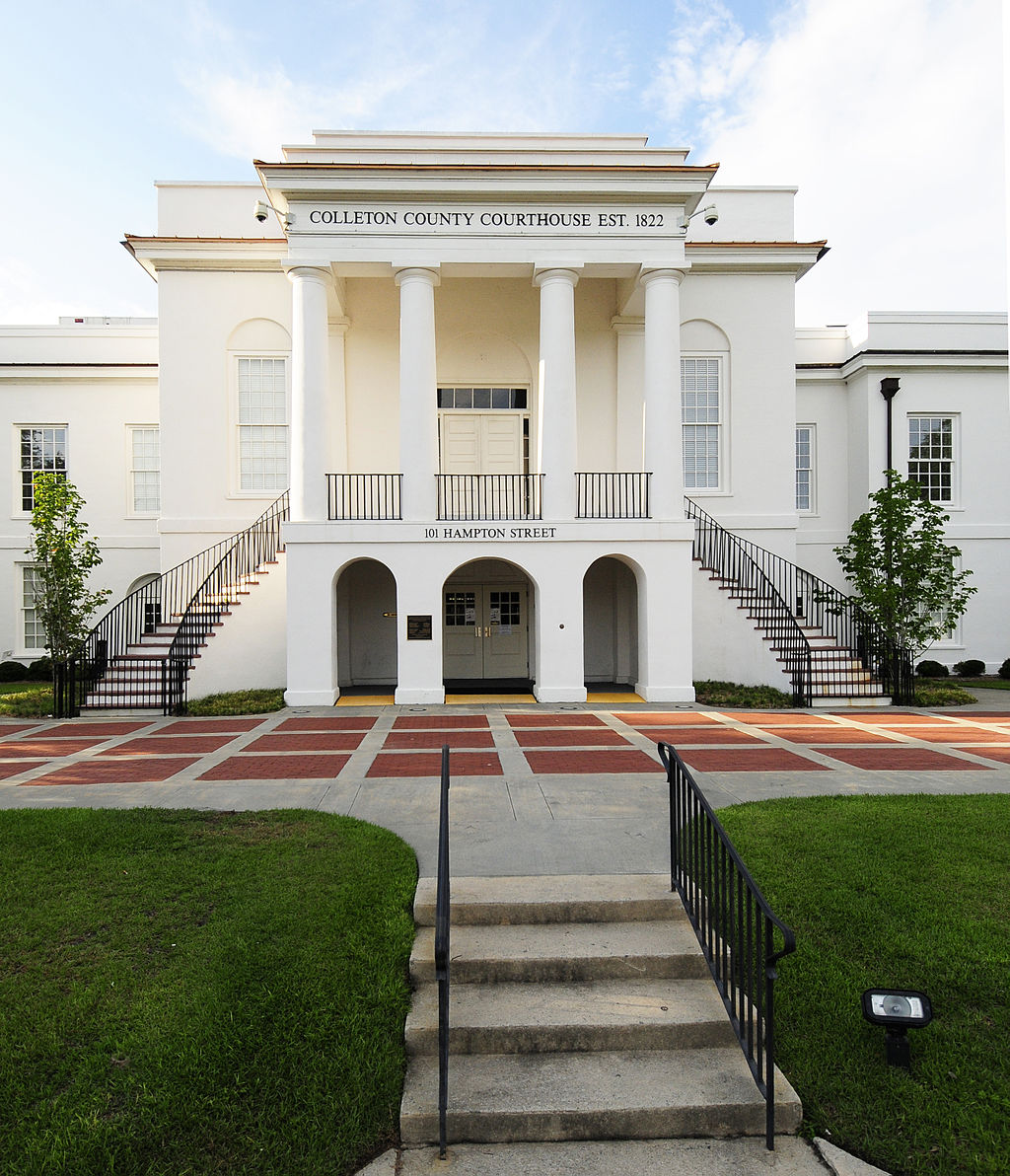 Lower-priced imported goods were hurting northern industries in the 1820s so to remedy this situation Congress enacted legislation in 1828 to impose taxes on imports. Not only did the South have to pay for higher-priced goods, the amount of British goods coming to the U.S. decreased as well, making it difficult for British merchants to pay for cotton, which of course was produced in the South. A compromise of sorts was reached in 1832 but it wasn't until a year later that a more permanent deal (the Tariff of 1833) was decided, which stiupulated that the tariffs would gradually be reduced over ten years.