While it might not seem like much today, this building holds significance for local African American history. It was built in 1915 by the Pacolet Manufacturing Company as a school for the children of its African American workers. It is the only such building left in the state, a fact that adds to its importance. As of 2016, it is not open but it is hoped that it can be restored and be used in some capacity. 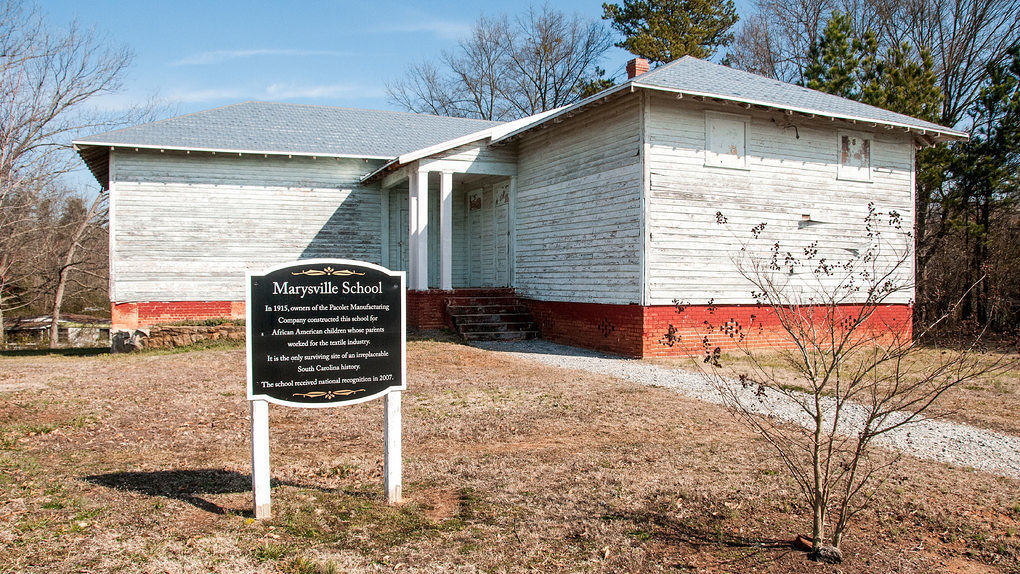 The textile industry in South Carolina was booming by the turn of the 20th century and communities and towns grew around mills which provided employment. One of these communities was the African American community community of Marysville. It was originally called Gilliam Town but it was changed to Marysville after Mary Brown Knuckles, the woman who led the effort to build a school for the community. Sometime after 1935 a third room was added as well as a kitchen on the lower level. The school closed in 1954 after the federal desegregation schools and the building itself was too small and too old. In 1998 the nearby Montgomery Chapel bought it but used it sparingly, and stored pews, records and other items there. The church sold it to the town of Pacolet in 2004.