This Greek Revival mansion was built in 1835 on property that has some military significance dating to the American Revolutionary War. It was here before the Battle of King's Mountain on October 17, 2016—which resulted in a decisive American victory—that the Loyalist militia, commanded by Major Patrick Ferguson, camped. The mansion itself is also significant in that it is a good example of architecture from the antebellum period. The mansion is a private home but can viewed from the road. 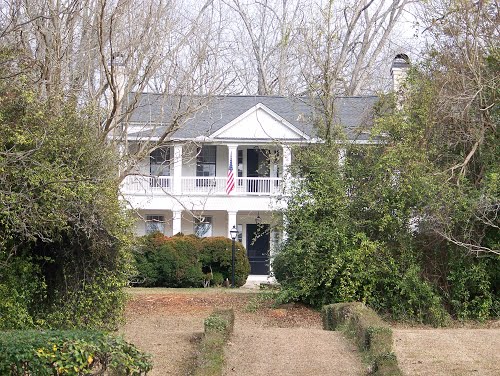