LaBelle Ironworks was founded in Wheeling in 1852, and was a factory that manufactured cut nails. LaBelle was such a hallmark in Wheeling's industrial growth that the city was known as the Nail City by 1875. When the use of cut nails declined in the 1880s, LaBelle changed with the times as they diversified their products and switched to manufacturing tin plates, and later produced steel plates, tubes, and sheets. Wheeling Steel Corporation, later Wheeling-Pittsburgh Steel Corporation, was formed in 1920 by combining LaBelle, Wheeling Iron and Steel, and Whitaker-Glessner Company. D-Mac industries purchased the plant in 1997 and changed the name to Wheeling-La Belle Nail Company, however economic decline forced the plant to close in September of 2010. 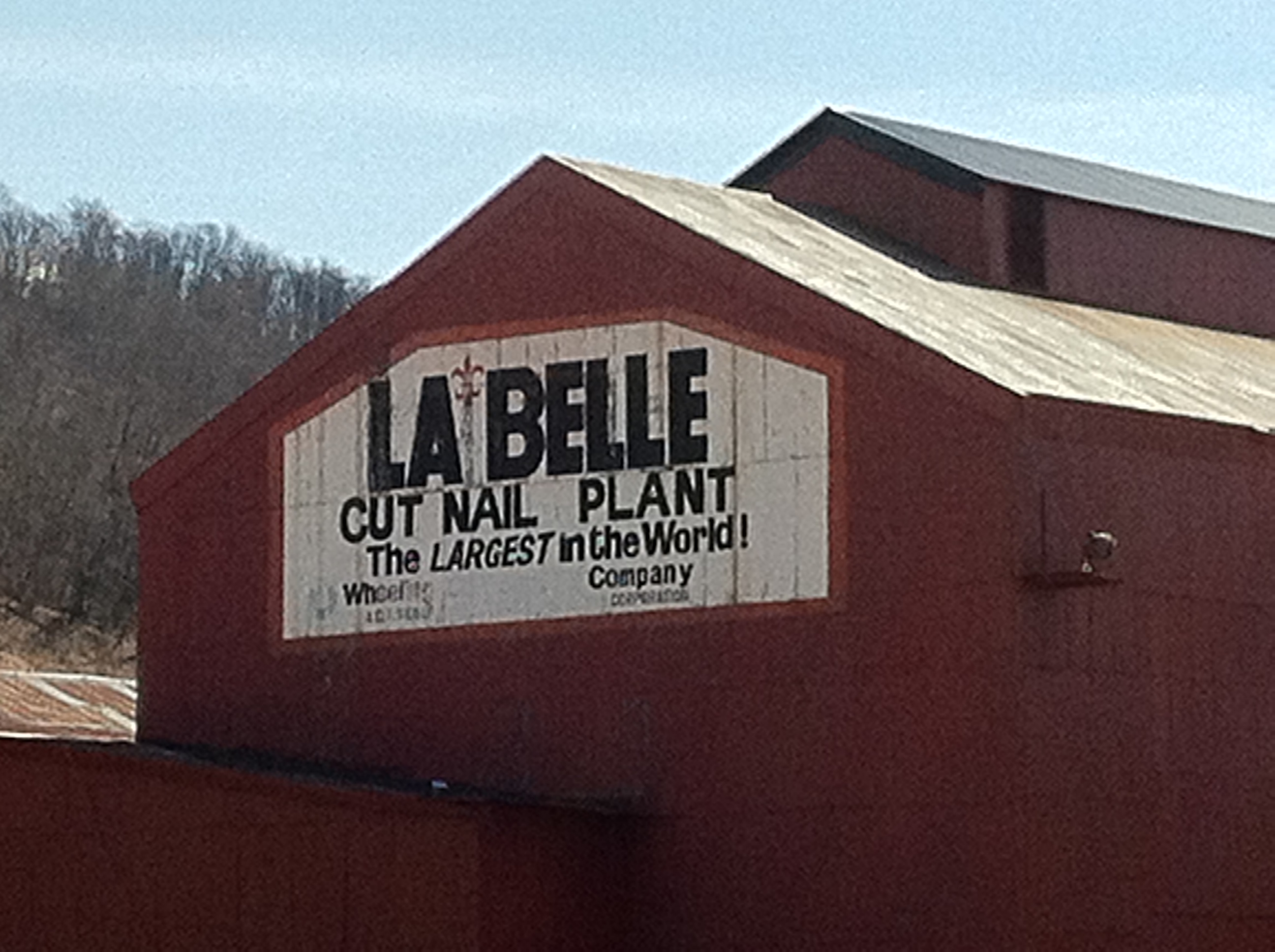 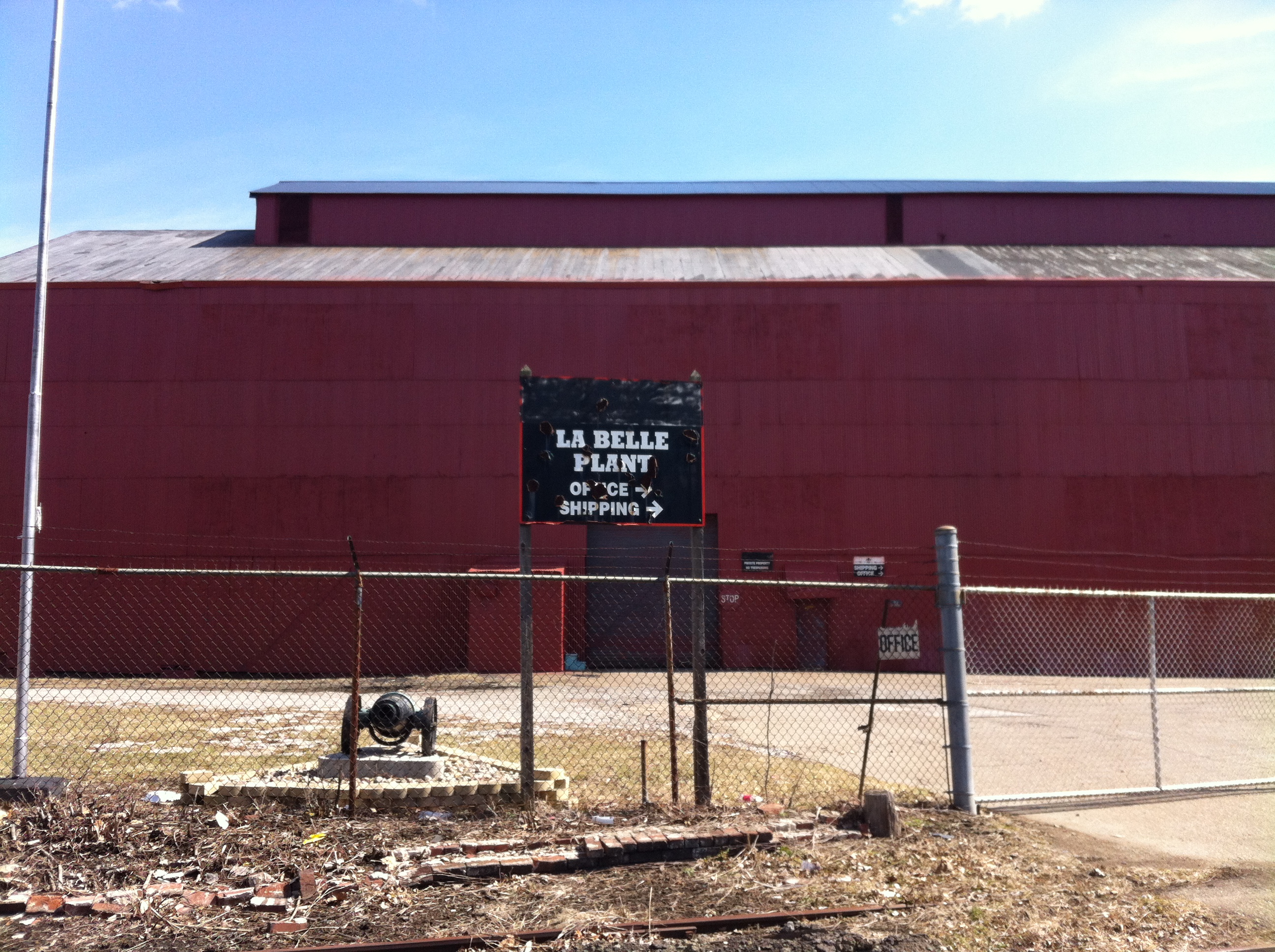 Two Pittsburgh ironmasters, Dr. Peter Schoenberger and David Agnew, pioneered the iron industry in Wheeling, and established multiple mills that were fueled by the local bituminous coal. Their most notable mill was Top Mill, which produced sheet and bar iron and iron cut nails. Two Pittsburgh nailers, E.M. and George Norton, worked out of Top Mill, and were influential in the development of most early mills in Wheeling.  The Virginia Mill was established in 1847 by Stevens, E.M. Norton, John Hunter, William Fleming, and Robert Morrison's newly founded firm of Hunter, Morrison and Company, and was built specifically for the production of nails. However, in 1852, the Virginia Mill was completely torn down to make way for the Baltimore and Ohio Railroad. Other mills had been established by this firm, one being the Belmont Mill, and eventually another firm was created and named Bailey, Woodward and Company.

In 1852, Bailey, Woodward, and Company purchased 4 acres of land in South Wheeling two years after the establishment of the Belmont Nail work. After this purchase, seven out of the eleven board members left to begin their own nail factory. On the 4 acres, two were to be the the actual mill and the other two were to be workers houses. Bailey, Woodward and Company chose the name 'LaBelle' from what the French called the Ohio River, 'La Belle Riviere' which means 'the beautiful river'. Most of the founding members of Bailey, Woodward and Company were workers of the iron mills, and were called the puddlers and nailers. The puddlers and nailers were the elite of the iron industry, and were paid higher salaries that allowed them to invest in the establishment of mills.

In 1859, LaBelle purchased Jefferson Iron Works in Steubenville, Ohio. During the Civil War, LaBelle signed a year lease with Cyrus Mendenhall, the owner of a blast furnace in Martins Ferry, Ohio. This lease allowed the nails to be produced locally as the furnaces would be operated in Ohio, and then the ore would be shipped down river to LaBelle. This continued until LaBelle built their own blast furnace in Steubenville in 1863. In 1874, LaBelle had increased from 25 to 83 nail machines, and had also built warehouses, a coopers shop, and a stock shed. The plant was running two ten hour shifts each day with 400 employees. This combined with the Jefferson works, who had about 900 employees and a total of 167 nail machines, Wheeling produced the most nails in the United States.