Logan Temple is sacred site for members of the The Church of Jesus Christ of Latter-day Saints, a Christian denomination commonly referred to as Mormons. Constructed between 1877 and 1884 by members of the church who volunteered their time, this a place where faithful members of the church participate in sacred ordinances according to their beliefs such as marriages for all time and eternity, baptisms for the dead and other vicarious ordinances. The building was the second LDS temple to be completed in Utah (after St. George in 1871) added to the National Register of Historic Places in 1975. While entrance to the temple is limited to members of the church in good standing, visitors are welcome to tour the grounds.

Logan Temple has been the symbolic architectural and spiritual heart of the Cache Valley. 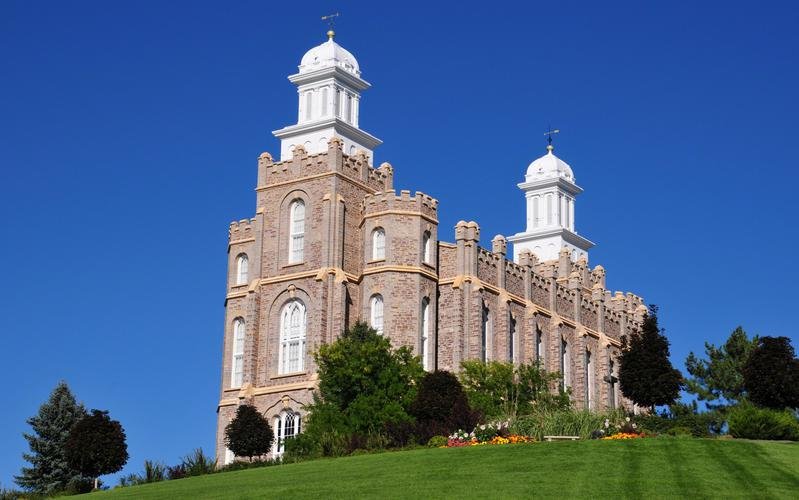 Construction of the temple was completed in 1884. 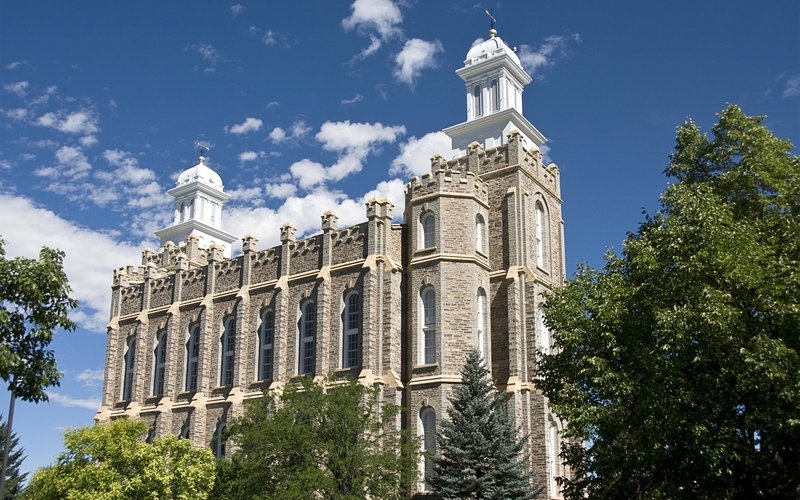 Construction of the Logan Temple began in 1877 and ended in 1884, with all the labor performed by members of the church who volunteered their time and talent. This was the second temple completed by church members in Utah and was the only temple dedicated by LDS President John Taylor.

The Logan Temple was made with a hard and beautiful siliceous limestone coated with an off-white paint. In the 1900’s, the white paint wore off and the original limestone was uncovered. Many residents and members of the church appreciated the unique appearance of the limestone and leaders of the church decided not to repaint their temple. Given the size of the building and the lights used to highlight its outline each night, the temple can be seen for miles along Northern Cache Valley.

On December 4, 1917, a fire that began in the southeast staircase owing to faulty electric wiring caused severe smoke and water damage. The fire also destroyed some of the paintings and windows. Given the meaning of this and other temples to members of the LDS faith, local church members renovated the Logan Temple in approximately three months.

Long before the Logan Temple was built, many native Americans believed that the hill the Logan Temple stands on today was sacred and would take their sick and wounded to rest atop the hill as they awaited healing. For members of the Latter-Day Saints, the hill is also a place of healing and peace as this was only the second temple to be dedicated in Utah following the arrival of LDS members from Missouri and Illinois where their previous temple had been destroyed owing to the persecution they faced.

Long has the Logan Temple been seen as a symbol of hope as it stands in its grandeur upon the hilltop. It’s interior is considered a sacred place, and only open to those who attain a temple recommend after an interview with a Mormon bishop. While access beyond the reception and waiting room of the Temple is limited to church members, the public is welcome to tour the grounds.