The Tonto National Monument, located east of Phoenix, Arizona, near Arizona Route 188 or Route 88, maintains two extant pueblos of the Salado culture in Arizona's Tonto Basin. The Salado, who mixed their own cultural traditions with those of earlier basin dwellers, occupied the Tonto Basin from 1100 to 1450. An extensive drought in the area of the site began around 1330 as a result of a change in climate. The lack of water quickly depleted basin resources, including the water from the Salado irrigation canals. The drought caused the Salado to leave the once fertile basin floor for the surrounding cliffs. This new environment would only serve the Salado for around 100 years, as the people abandoned the cliffs in 1450. The two preserved pueblo ruins of the Tonto National Monument, the upper ruin and lower ruin, were built around 1300. The lower ruin contains twenty rooms, while the upper ruin has nearly forty. Both pueblos were built with rocks and saguaro cactus ribs, but the upper ruin also contains reeds as substitutes for the saguaro cactus ribs. Each dwelling consists of living and storage spaces, interior fire pits, and communal rooms. Stains from the smoke of the interior fire pits can still be seen in the lower pueblo ruin. The upper ruin also contains a cistern that could have been used to collect rainwater. The Salado also built small, one-room structures located away from the larger pueblos that were possibly used as provisional dwellings. They also constructed field houses to house irrigation and farming tools. In 1883 Adolph Bandelier completed an archaeological survey of the Tonto Basin, including the upper and lower pueblos. Unfortunately, some of the artifacts and treasures discovered by Bandelier were stolen by relic hunters. The pueblos also sustained damage by the thieves. Many Salado artifacts, including cotton textiles, bows, arrows, pottery, and woven yucca items, remain and are displayed at the monument. 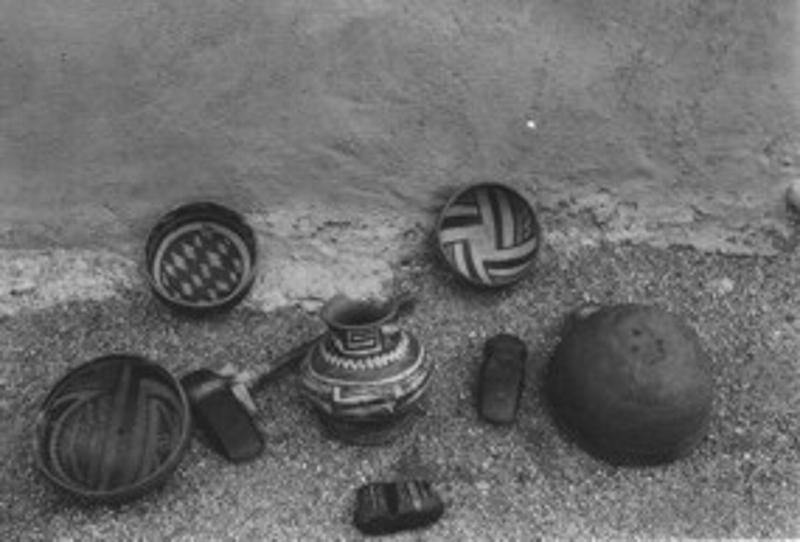 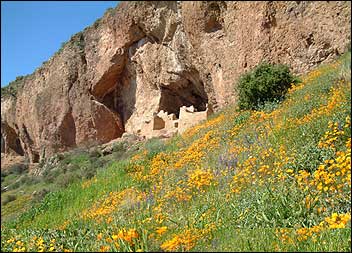