First opened on Christmas Day, 1928, the Tivoli became the second theater in the United States to show "talkies"-movies that included sound. The first theater to do so was the Brooklyn Paramount theater, which showed its first picture with sound a month prior to the Tivoli. This historic theater offers a glimpse into the style of the late 1920s and continues to operate as a historic theater.

Outside of the Tivoli - source: numerous web sources. 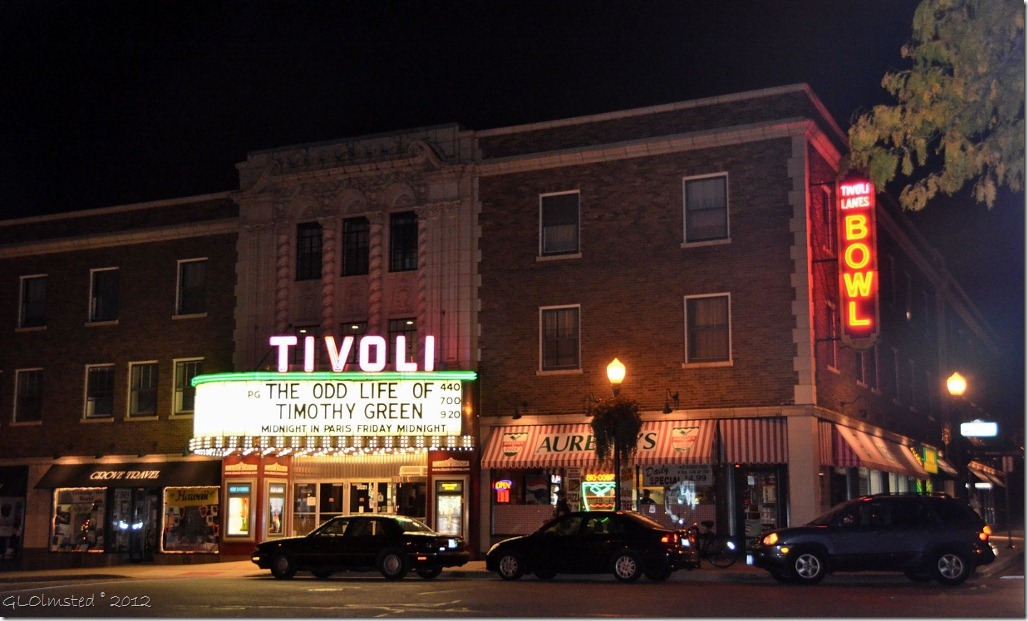 Inside of the Tivoli - source: numerous web sources. 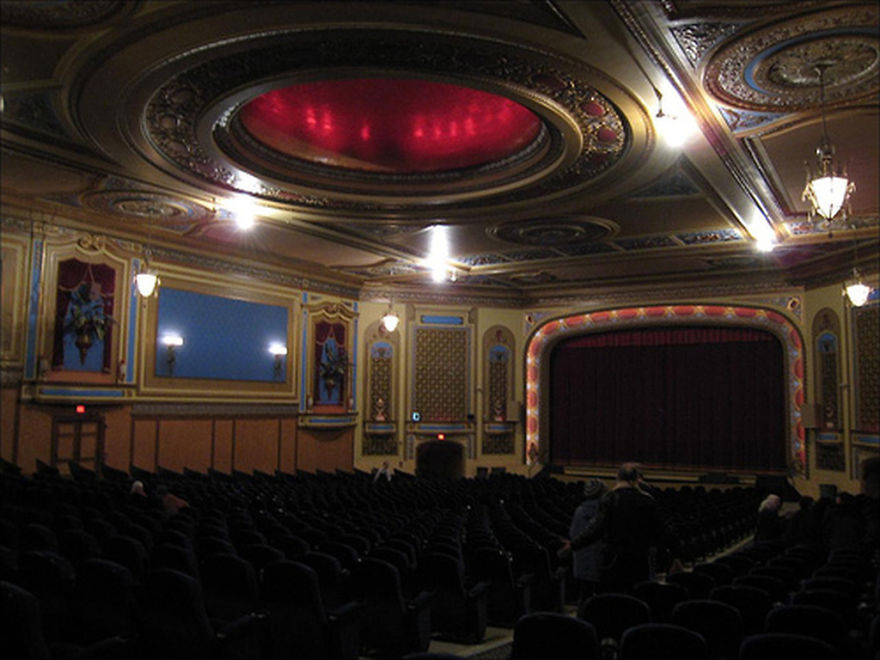 The Tivoli stands as a reminder of lavish theaters of the "Roaring Twenties," but it also represents the evolution of Chicago, its suburbs, and the separation of classes. The theater exists in a suburb - Downers Grove -- where many affluent, or at least economically comfortable, residents moved as the city of Chicago aged and became populated by Mexican-Americans, African-Americans, and other minorities.

As a main train stop connection Chicago to Downers Grove, the suburb's population grew in the early 20th century.  Those with means purchases housing in the western suburb of Chicago and easily commuted to work in the city via the train. For instance, as early as 1892, just north of the Belmont railroad station, wealthy Chicago business leaders, including Marshall Field, founded the first nine-hole golf course west of the Appalachians. Meanwhile, the city showed signs of aging with houses in disrepair, and many of those structures will filled by migrating African Americans after World War I, often referred to as the Great Migration. The influx of Black Americans coupled with aging structures, and plenty of preexisting city slums, fostered an era of "white flight," Indeed, 99.7% of residents in 1920s Downers Grove were white.1

The white residents with money to spend could easily afford nights to the theater, among other leisurely activities. The construction of the Tivoli occurred simultaneously (and in the same building) as a bowling alley opened, as well as billiards, a hotel with dining room, barber shop and stores. The theater culture of the Roaring Twenties arose with a booming economy and represented a time when people had money to spend.2

Movies also resembled the evolution of technology in the U.S. and the post-industrial world. When the Tivoli opened on Christmas Day, 1928, it was the second theater (only one month behind the Brooklyn Paramount theater) to show "talkies."  4,000 people stood in line to see the first movie at the Tivoli, paying 15 cents for children and 40 cents for adults. On holidays and Sundays the adult admission was 50 cents..3

The theater was built by local businessmen, Gustave and George Bunge. Adorned in red and gold, the French Renaissance-style theater offered a spacious auditorium that held seats for 1390 movie goers. The shallow 19-foot stage was also suitable for vaudeville and smaller productions. In the mid-50's, the theater replaced the original seating with wider seats; overall seating was reduced to its present 1,012.4

The building continued to operate until the 1970s.  During the 1950s, the site had undergone many revisions to "update" it, but like many theaters of that era, the competition between an old structure and new theaters with bigger (and more) screens, and better sound. It ceased operations in the 1970s, but in 1976 Willis Johnson purchased the property and began to carefully renovate the theatre to maintain its historic ambiance while adding features that modern audiences expect.5
The theater has continued to be updated and renovated, but most of it is geared towards restoring its original look and feel. The outside of the building also largely resembles its original look. In that spirit, the suburb of Downers Grove had changed mightily since the Tivoli opened. However, the train still rolls through town, the theater remains, the the streets of downtown Downers Grove have not changed. Those reminders harken back to a time when the suburb existed as a city getaway, both as a weekend stop or permanent residence.  The theater was a playground for those with financial means during the 1920s.