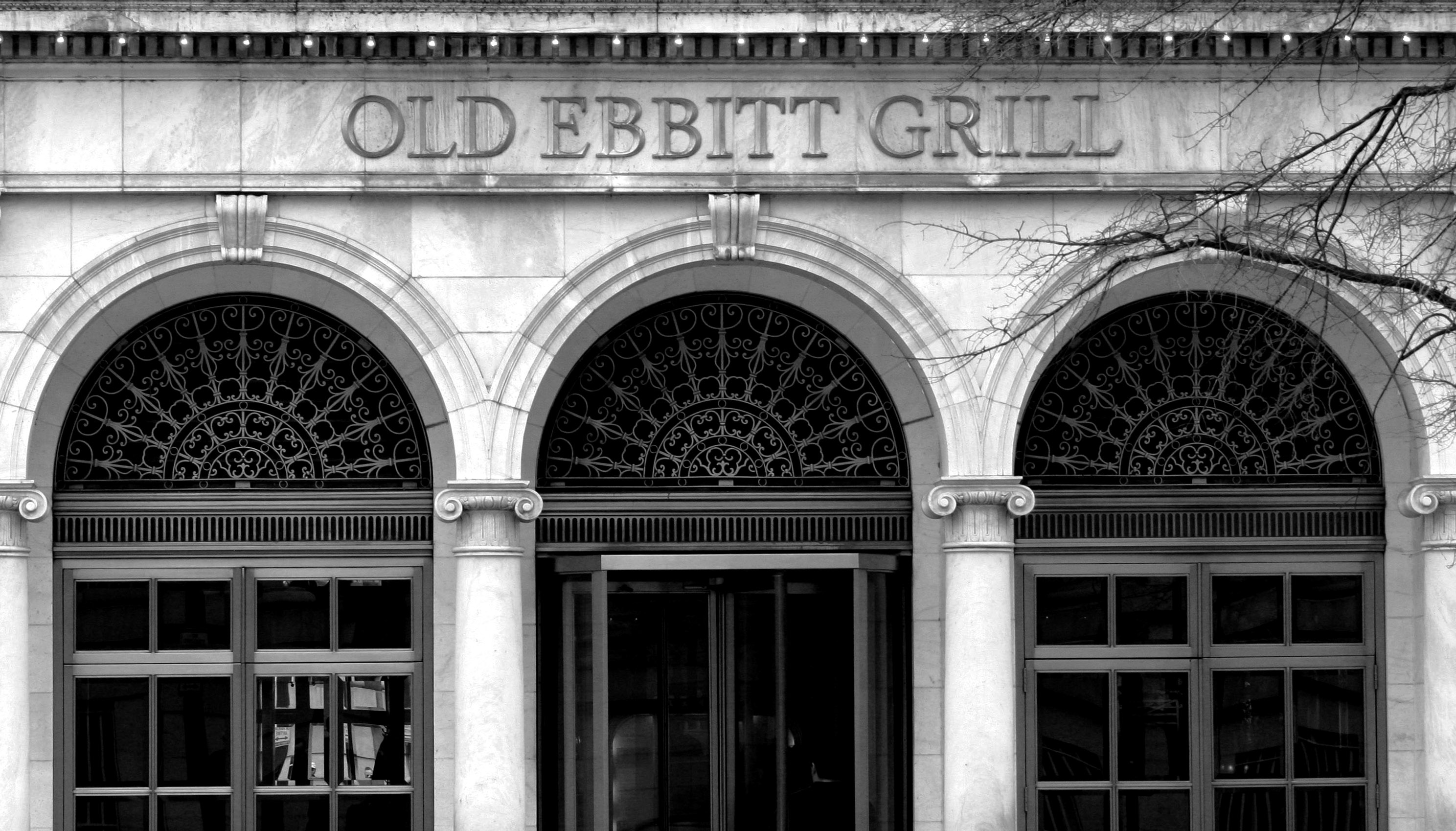 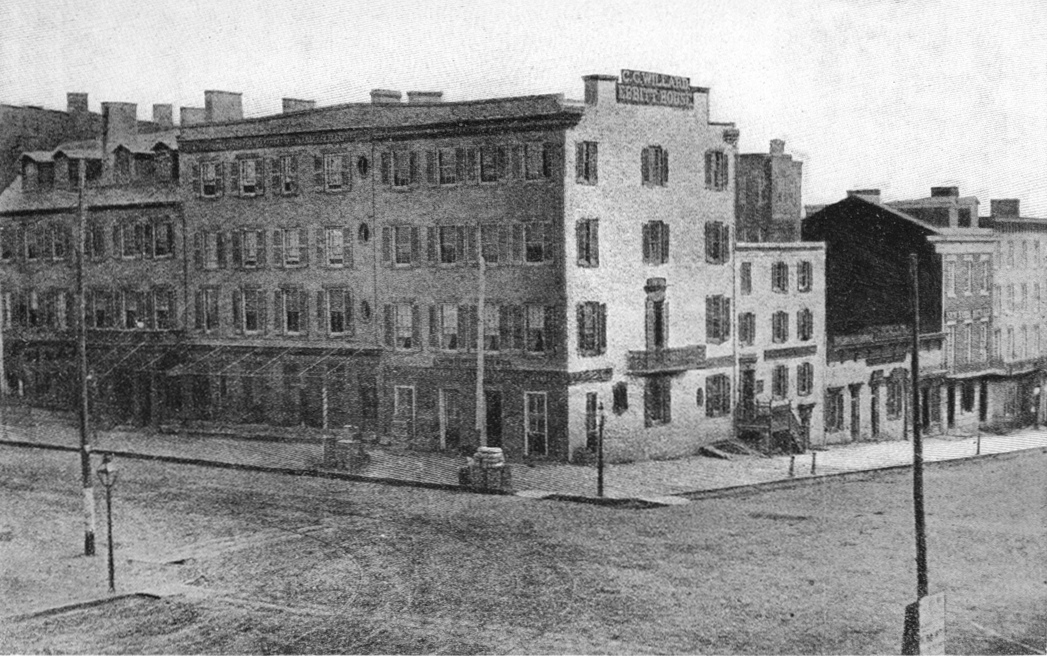 Established in 1856, the Old Ebbitt Grill began as an unnamed restaurant in the Ebbitt House Hotel. The hotel was notable as the first hotel in Washington to stay open all summer, even while Congress was adjourned. The hotel was razed and rebuilt in 1827, and was again razed in 1925. The restaurant began using the name "New Ebbitt Café" in 1910.

When the hotel was replaced by the National Press Building in 1926, the restaurant was incorporated into a standalone business under the ownership of Anders Lofstrand, Sr. and moved to 1427 F Street NW. It was known as both "Ebbitt's Grill" and "Old Ebbitt Grill," though the former name was eventually dropped. Following Lofstrand's death in 1955, Peter Bechas bought the restaurant in 1961. It was again sold, this time in a tax sale, in 1970 to Clyde's Restaurant Group. The restaurant was later demolished in 1983 and moved to its current location.

The Old Ebbitt Grill is considered Washington's oldest saloon. It is particularly notable for its Victorian decor, styled after turn-of-the-century saloons. The restaurant has four bars: the Old Bar, the Oyster Bar, Grant's Bar, and the Corner Bar. The Old Bar features etched glass panels by Charles B. Shefts and mounted animal trophies. Grant's Bar, named after General Ulysses S. Grant, is decorated with a ceiling mural by Carol Loeb and an oil painting by Peter Egeli. Additionally, the restaurant has a large collection of historic artifacts and memorabilia which it has accumulated over the years.

Much of the artwork in the Old Ebbitt Grill pertains to historic Washington, D.C.; the restaurant's former locations; and hunting. The collection includes work from Jean-Paul Gervais, Robin Hill, James Harrington, Claiborne D. Gregory, Jr., Kamil Kubik, J. Robert Burnell, and more. Visitors can dine and drink in the company of original sculptures by Washington artist John Dreyfuss and a large collection of waterfowl decoys. The clock over the door is an antique from a previous location, and the marble staircase was salvaged from the old National Metropolitan Bank. One of the most famous items is the mahogany Old Bar, which is a replica of the bar at the F Street location.

The Old Ebbitt Grill is a popular gathering spot for politicians, actors, and singers. It is also known for the Oyster Riot, an annual event begun in 1995. The restaurant, which serves American cuisine, can host 398 people. Dress is casual, reservations are suggested.