The Colony Theater is located on South Park Avenue in Winter Park, Florida. Opened in the 1940s, the theater is from a time where the city was divided into two distinct sections based upon economic standing and race. The art-deco building is now home to a Pottery Barn retail outlet, but the original neon marquee remains. It is one of many buildings of historical interest in the Downtown Winter Park Historic District. 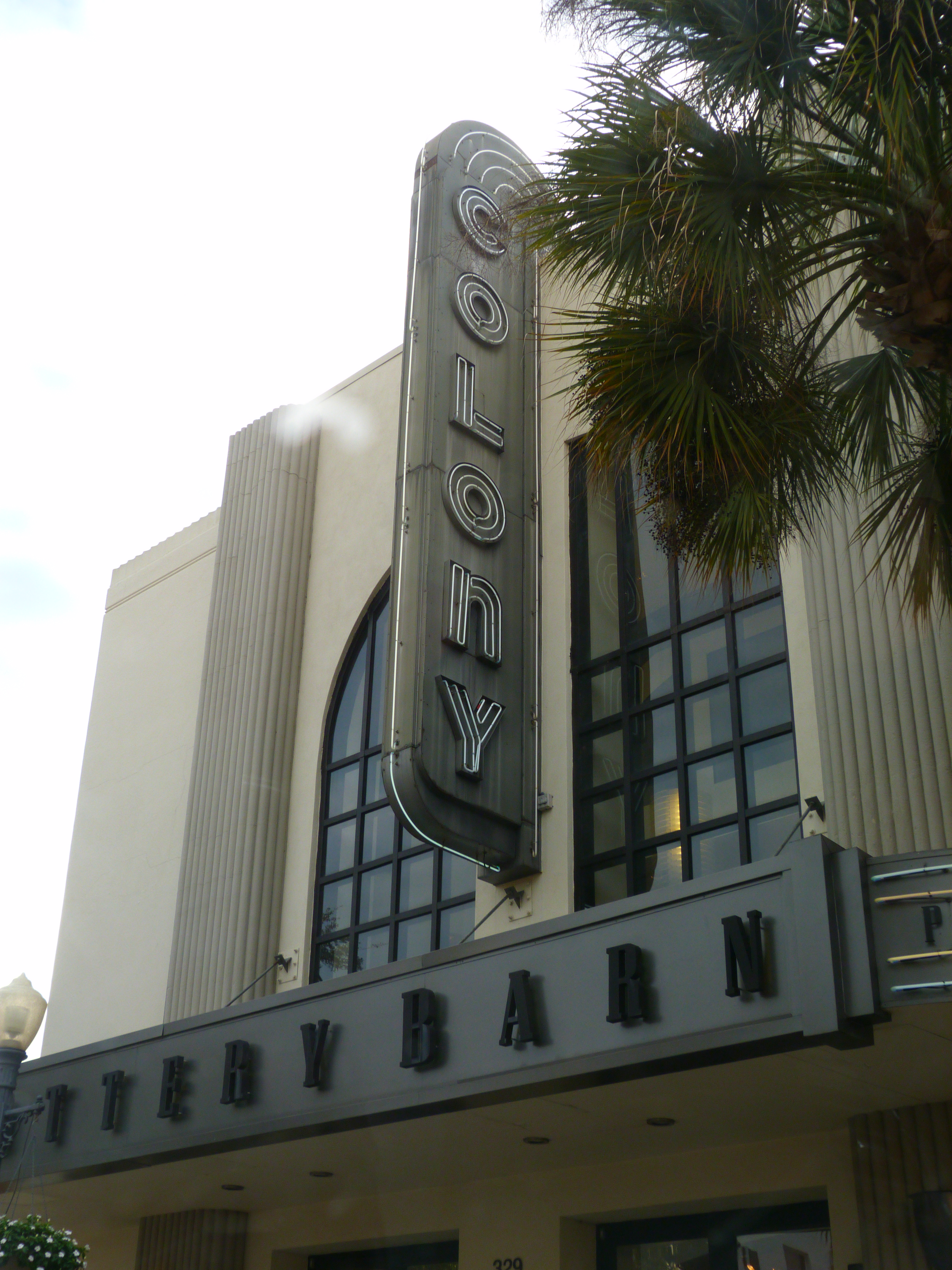 The Colony Theater is a former art-deco style movie theater located on S. Park Avenue in the city of Winter Park, Florida. This theater opened in 1940 to cater to the entertainment needs of a local population hungry for movies. It housed one screen and five hundred seats. In the 1980s, the building was converted into an arcade with shops and restaurants as suburban, multi-screen theater complexes grew in popularity.

In 1999, Pottery Barn renovated the interior, and the Colony now functions as a Pottery Barn retail outlet. The renovation project, overseen by Trammell Crow Co. and designed by Scott Partnership and Arcanum Architects of California, replaced the second and third floors with a vaulted ceiling and mezzanine display areas. Despite the conversion, the distinctive Colony neon marquee is still visible today; the color of the 38-ft-tall sign, however, was changed from red to grey.

As one of the stops on the self-guided walking tour of Winter Park, provided by the Winter Park Historical Association (WPHA), this theater represents the public's interest in movies during the 1940s. It dates from a period when Winter Park was economically and racially segregated. The Colony Theater is one of many buildings of historical interest in the Downtown Winter Park Historic District; the district was added to the National Register of Historic Places in 2011.