The Roper Mountain Science Center is less a museum than a teaching center. In other words, it is geared more towards student field trips than the general public, though it is open to the public on certain days. It features several exhibits: an arboretum, butterfly garden, observatory, natural science hall, living history farm, and a planetarium. There are also trails on the center's grounds. Highlights include a planetarium, a historic 23 inch refractor telescope, live animals (small birds, reptiles and amphibians), a rainforest conservatory, a replica of a giant, ancient sloth, and a recreated farm from the early 1800s which features rebuilt slave cabins and other structures. 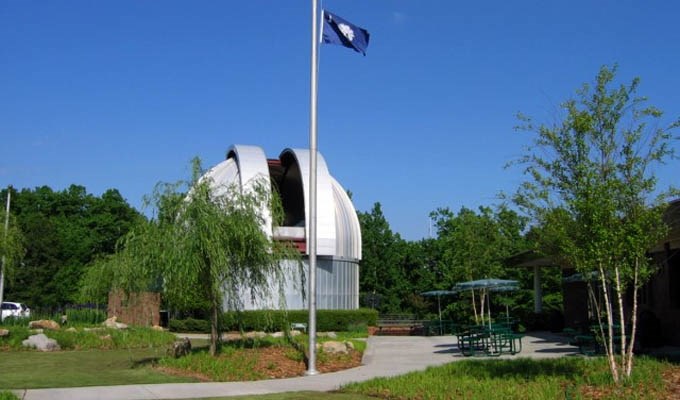 An advisory council of business leaders, educators, members of the school district and others was formed in 1982 to begin the process of developing the center. The plan was approved in 1984 and the center opened a year later.

As a facility of Greenville County Schools, most of our weekdays are for school instruction. However, we do have time and events for the general public including our 2nd Saturday activities and Friday Starry Nights.