Sahuaro Ranch was founded in 1886, by William Henry Bartlett, a native of Illinois. The ranch, located north of what eventually became the city of Glendale, Arizona, was rich in figs and other fruit orchards, vineyards, and fields of alfalfa. The ranch has all of its historical structures restored, and the "Sahuaro Ranch Park" is administered by the Parks and Recreation Department of Glendale. Please note: Spelling differs between this location and the Saguaro cactus. 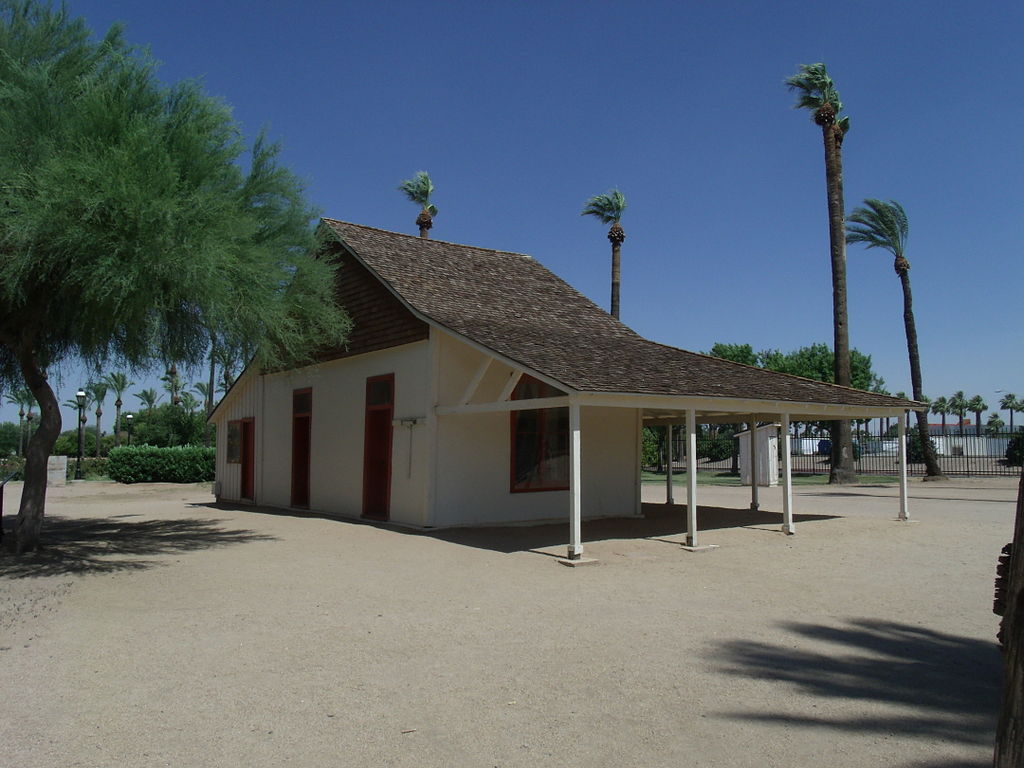 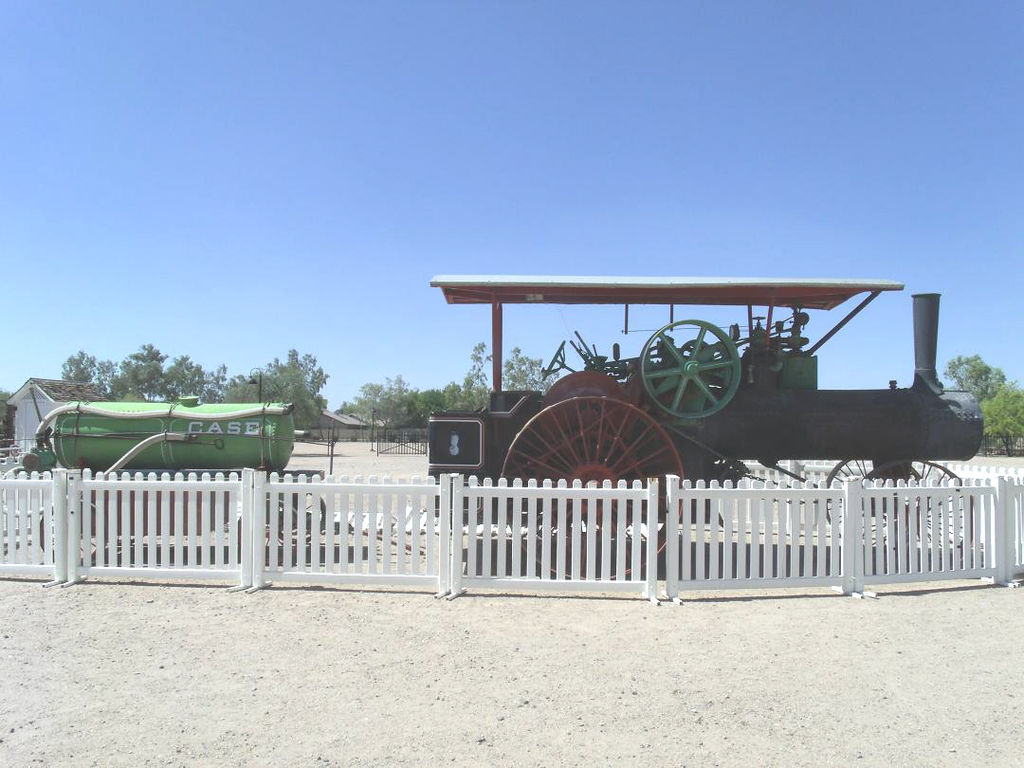 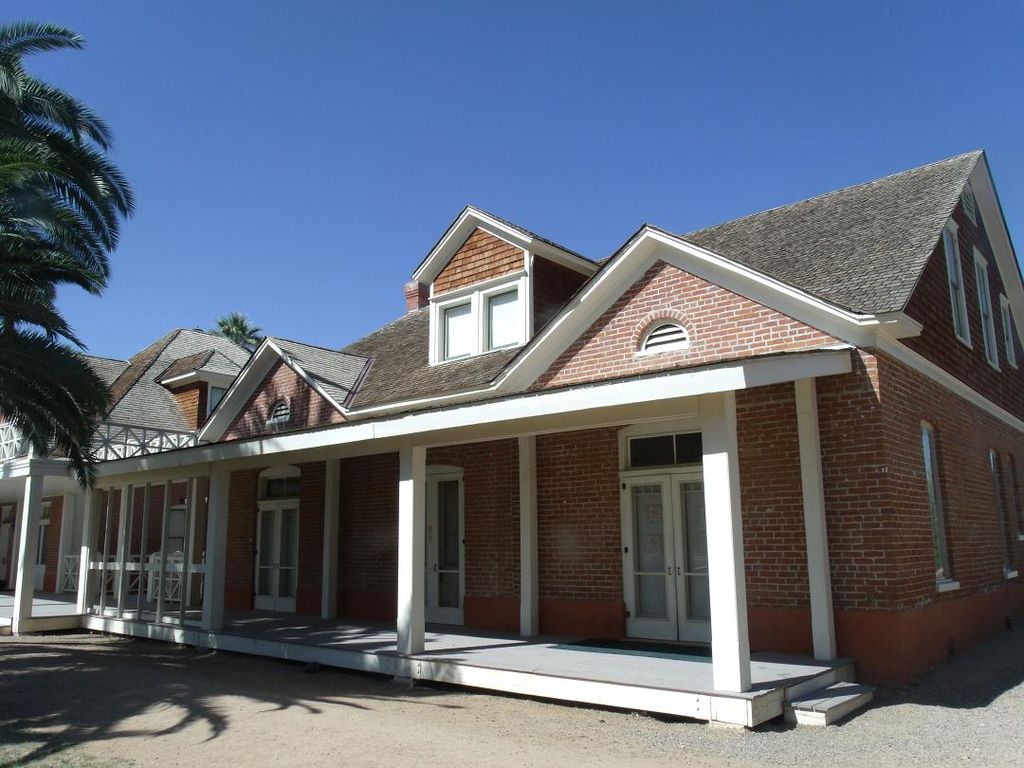 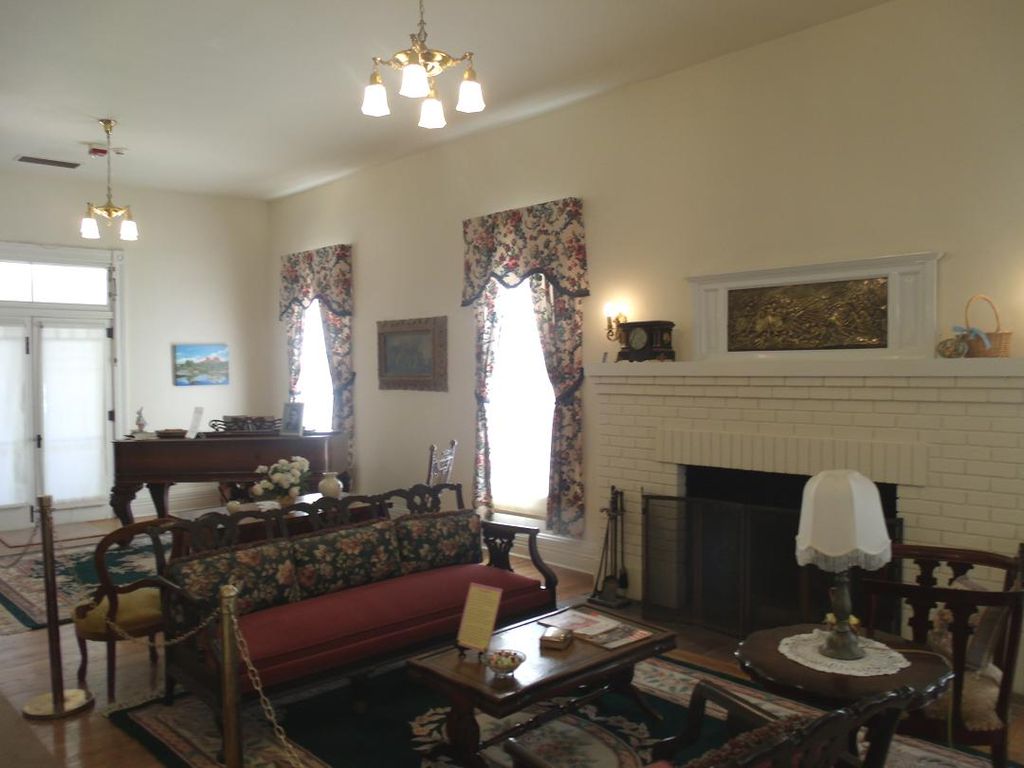 partial view of the Sahuaro Ranch Orchards in 1898

William Henry Bartlett and his brother were wealthy businessmen from Peoria, Illinois who homesteaded lands in what was to become the future City of Glendale founded by William John Murphy. What made investment attractive was the completion of the Arizona Canal in 1885. The canal allowed 100,000 acres of desert land to be opened up to homesteading and irrigation farming. The Homestead Act gave an applicant ownership at no cost of farmland called a "homestead." The Bartletts felt this was a great opportunity to invest in fruit ranching and farming. The brothers were owners of a grain brokerage business, and were amongst the largest traders in the Midwestern farm belt.

By 1891, William Bartlett had under his control 2,000 acres of farmland near Glendale. He established a 640-acre farm and named it Sahuaro Ranch. There he planted large citrus and pecan orchards. Even though he never lived permanently at Sahuaro Ranch, Bartlett took an active role in its development and had various buildings and residences built for the people who worked there and for his family. He hired superintendents to manage his ranch operations. The farm animals raised on the ranch included cows, bulls and hogs. Between 500 and 1,000 hogs were raised in the ranch in the 1890s. Horses and mules were used to pull orchard wagons, mowers, rakes and other farming equipment.

In 1913, Peter E. Bradshaw purchased the ranch, and in 1915 planted long-staple cotton. In 1927, Richard W. Smith purchased the ranch and planted large citrus and pecan orchards. In 1928, Smith built a dairy barn and raised dairy cows commercially. The milk from the cows was sold in bulk and shipped to local dairies in cans. Richard W. Smith died in 1944. His son, Richard S. Smith, inherited the farm and established a retail dairy on the ranch, known as the Sahuaro Jersey Dairy Milk House.

In March 7, 1980, Sahuaro Ranch was registered on the National Register of Historic Places after the city applied for the registration of 17 acres of the ranch.

1881: First structure built: an adobe house which served as the residence and office of Stephen H. Campbell, the first superintendent to manage the ranch.

1890s: other structures which were built on the ranch were the Foreman's House, the blacksmith shop and the horse barn.